Guaido’s gamble failed after secret talks between the revolutionaries and high-ranking officials in Maduro’s regime reportedly either broke down or were sabotaged, leading Guaido to call upon the Venezuelan military without having the support of its top leadership, The Wall Street Journal reported.

“We know that a part, a large part, a majority of the [military] high command were talking with the Supreme Court and Juan Guaidó about a change, a change in government, with the departure of Maduro, and with guarantees for the military,” U.S. special envoy Elliott Abrams told an online Venezuelan TV network VPITV Wednesday, according to TheWSJ.

Maduro denied reports that officials in his government engaged in talks with Guaido. Maduro and other top government officials blamed the U.S. for attempting to stage a “coup” in Venezuela, calling Guaido a puppet of Washington.

Guaido’s camp believed it had struck a tentative deal and had drawn up an agreement outlining guarantees for top government officials, including allowing them to stay in their positions and committing to holding new elections within a year. Guaido would serve as interim president until another was elected.

“There is a document,” Abrams told VPITV, The Guardian reported. “The U.S. was not involved in the negotiations, but they tell me it is a long document — there are 15 points I think — it mentions guarantees for the military, a dignified exit for Maduro, Guaidó as interim president, the supreme court and the high command stay in position, free elections within 12 months.”

Guaido launched “Operation Liberty” to oust Maduro on Tuesday morning in a three-minute video at La Carlota air base in Caracas. In the video, Guaido was flanked by National Guard troops that had defected from Maduro. (RELATED: Here’s Everything You Need To Know About The Uprising In Venezuela) 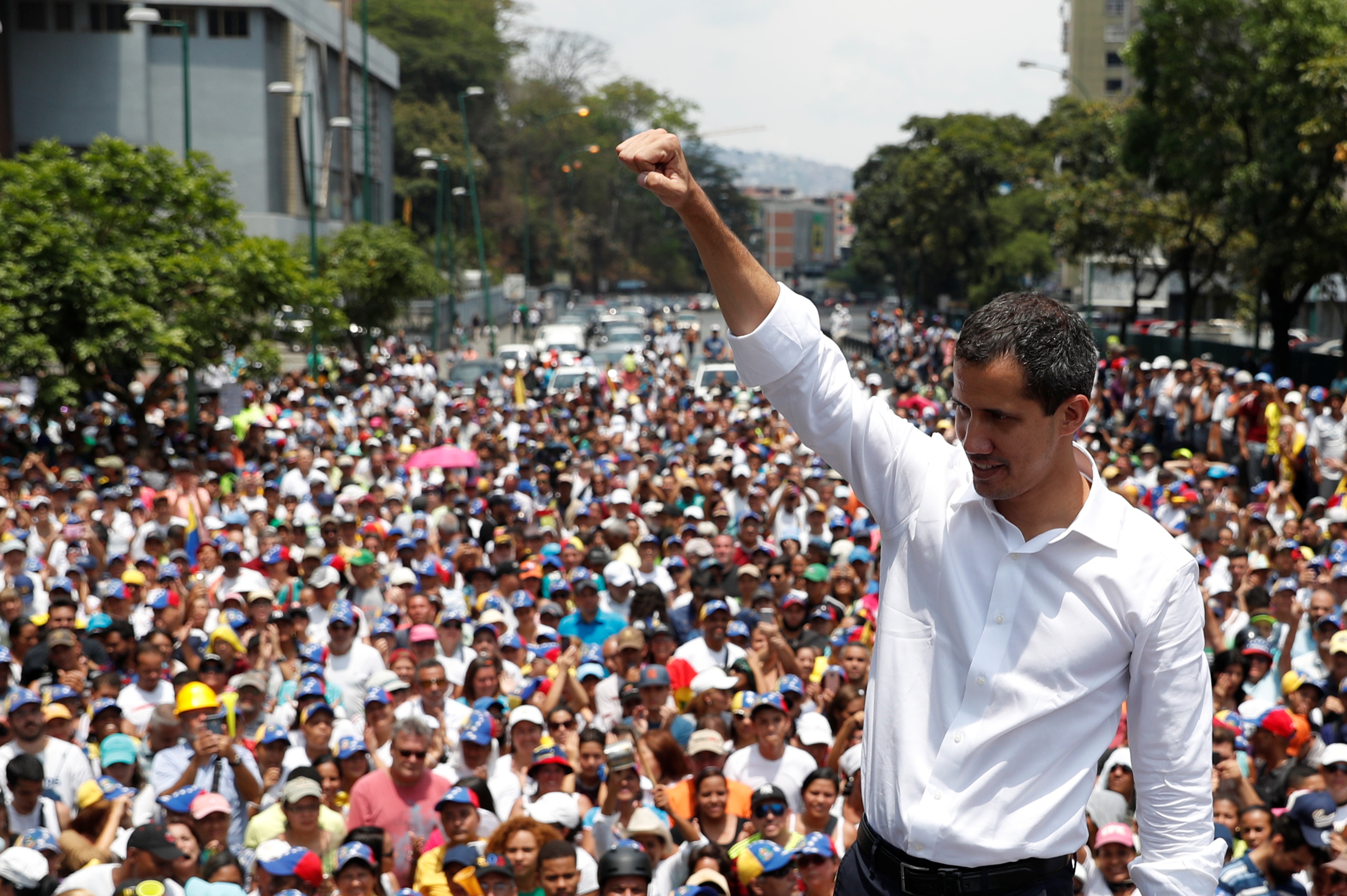 Venezuelan opposition leader Juan Guaido, who many nations have recognised as the country’s rightful interim ruler, gestures as he speaks to supporters during a rally against the government of Venezuela’s President Nicolas Maduro and to commemorate May Day in Caracas Venezuela, May 1, 2019. REUTERS/Carlos Garcia Rawlins

No other officials answered Guaido’s call and Maduro sent out enforcement personnel to tamp down protests. Videos of gunfire from Maduro and Guaido soldiers spread over Twitter. Network news stations showed a video of Maduro military personnel in an armored vehicle running over a crowd of protesters.

One person died and dozens were left injured. Guaido called on federal workers to protest through Thursday in an attempt to ratchet up pressure on Maduro.

The United States has continued to support Guaido’s revolt. Cuban and Russian agents in Venezuela are reportedly by Maduro’s side and might have influenced his decision to stay in power through the Tuesday riots, according to TheWSJ.

“We’re at a time for choosing here,” Bolton said at a White House foreign policy meeting Wednesday, according to The Guardian. “And I just don’t believe President Trump is prepared to see foreign governments effectively take over the control of Venezuela, and which possesses the largest reserves of petroleum in the world.” A Journey 8 Decades In The Making: Retracing My Grandfather’s Steps At The Battle Of The Bulge (Part 1)

OF COURSE: Mother of one of the kids behind DeSantis yesterday says she’s angry at the Governor