‘Stop, hey…what’s that sound? All the fetuses are in the ground!’: Planned Parenthood backers mock, frolic on pro-life ‘fetus graveyard’

A handful of Planned Parenthood supporters put on quite the show last month at the University of Texas at San Antonio — frolicking upon and mocking pro-life Cemetery of the Innocents display of tiny crosses to memorialize abortion deaths,
Students for Life reported.

While it doesn’t appear the protesters knocked down or stole any crosses, they had plenty to say — and a video camera documented their declarations.

What did the Planned Parenthood protesters have to say?

One woman was seen running over to the group from a campus building and yelling “I had an abortion!” to a smattering of cheers and applause. As she neared her comrades, she took note of one cross and said, “Look! There’s mine right there!” 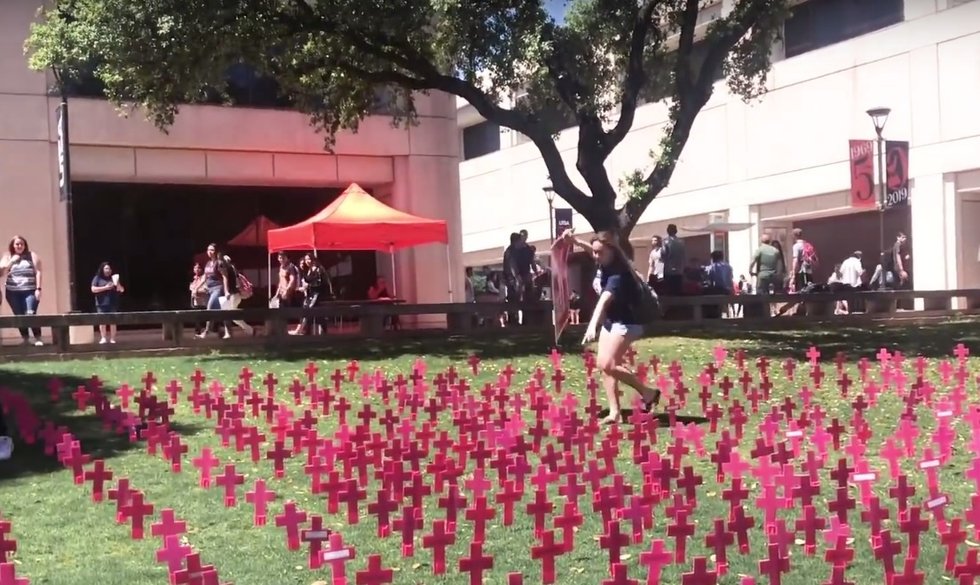 Another mocked the “fetus graveyard” while another changed the lyrics of iconic 1960s anthem “For What It’s Worth” by chanting, “Stop, hey, hey, what’s that sound? All the fetuses are in the ground!”

‘I had an abortion!’ one protester sang in a playground-like taunt.

Sarah Zarr, Texas regional coordinator for Students for Life, noted that one protester “told me I was using my white privilege and ‘wasn’t allowed to be out there talking about this issue when it affects black women.'”


Planned Parenthood Supporters Brag About Their Love Of Abortions

Did Biden say the environmental crisis helps advance his agenda?