A special three-judge court struck down Ohio’s congressional district map Friday, finding it was unlawfully rigged to the benefit of Republicans.

The decision is the latest in a series of lower court rulings striking down district lines as unconstitutionally gerrymandered. The fate of those disputes will turn on a pair of gerrymandering cases from Maryland and North Carolina the Supreme Court is currently considering.

“The court issued a meticulously detailed opinion, concluding that Ohio’s map was an unconstitutional partisan gerrymander, and ordered the state to enact a new remedial plan by June 14,” said Freda Levenson of the American Civil Liberties Union (ACLU) of Ohio. “This opinion, declaring Ohio an egregiously gerrymandered state, completely validates every one of our claims and theories in every respect.”

Republicans hold 12 of Ohio’s 16 congressional districts. The plaintiffs say GOP legislative aides drew the current map after the 2010 census with careful guidance from national Republicans and former House Speaker John Boehner, whose 8th district encompassed suburban Cincinnati and the state’s rural stretches on the Indiana border. Their goal, the plaintiffs charge, was to entrench a Republican majority in the state congressional delegation for a decade.

A three-judge panel agreed with that proposition. Judge Karen Moore of the 6th U.S. Circuit Court of Appeals, Judges Michael Watson and Timothy Black of the Southern District of Ohio sat on the panel. Nelson and Black are Democratic appointees. Watson was appointed by former President George W. Bush.

“We join the other federal courts that have held partisan gerrymandering unconstitutional and developed substantially similar standards for adjudicating such claims,” the decision reads. “We are convinced by the evidence that this partisan gerrymander was intentional and effective and that no legitimate justification accounts for its extremity.”

“Performing our analysis district by district, we conclude that the 2012 map dilutes the votes of Democratic voters by packing and cracking them into districts that are so skewed toward one party that the electoral outcome is predetermined,” the decision continues. (RELATED: THE 100: Trump Installs One Hundo Judges On The Federal Bench) 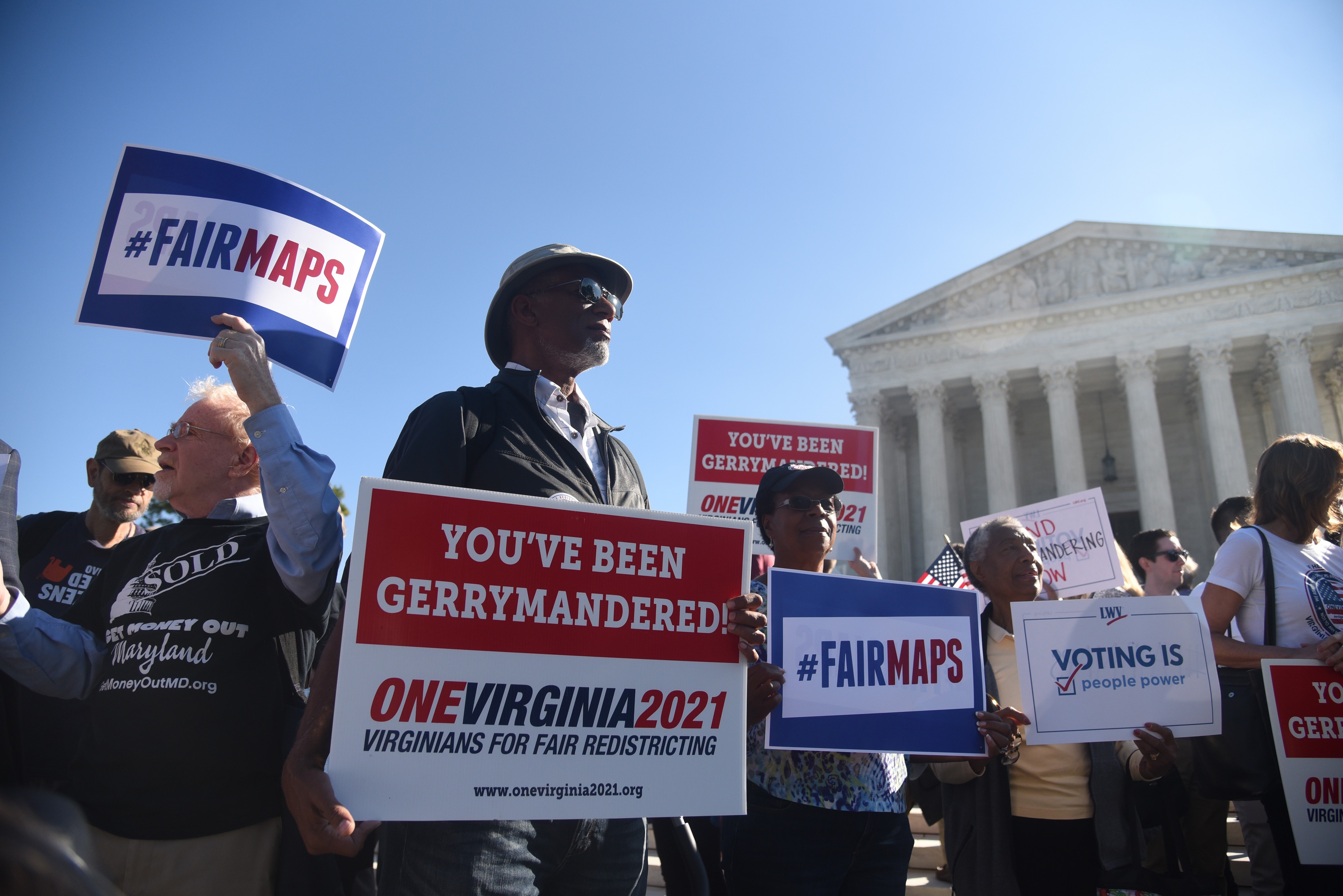 Demonstrators gather outside of the Supreme Court during oral arguments in Gill v. Whitford to call for an end to partisan gerrymandering on October 3, 2017. (Olivier Douliery/Getty Images)

Like other federal courts, the panel said the GOP gerrymanders violate the First Amendment associational rights, since they impede the ability of Democratic voters to organize and advance their political goals.

The decision imposes a demanding timetable for the state to produce new legislative maps. Ohio must submit new district lines for the court’s review by June 14. A supplemental brief detailing the process by which those lines were drawn must follow by June 21.

Voters adopted a redistricting reform package during the 2018 elections. Failing a certain level of consensus in both the majority and minority parties, a bipartisan commission would lead redistricting efforts.

Ohio will likely ask the Supreme Court to put Friday’s ruling on hold. Action on that request is likely in the coming days.

WATCH: Ted Cruz eviscerates Jack Dorsey over whether Twitter is a ‘publisher’ Breaking the News: How the First Media Moguls Shaped History