Russian-American painter Victor Arnautoff created the mural series on the walls of the school before it opened in 1936, and at the time it was the “largest WPA-funded, single-artist mural suite on the Pacific Coast,” the Richmond District Blog noted.

But some of the mural’s images came under fire during the civil rights movement over its depictions of slavery and Native Americans, the outlet said: 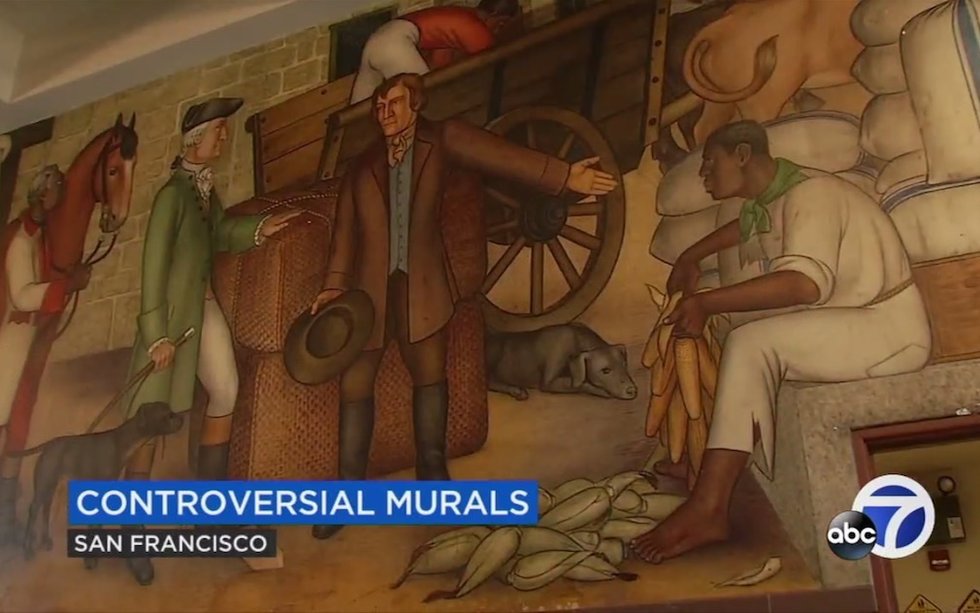 In one mural, entitled “Mount Vernon”, George Washington appears to be in conversation with another Caucasian man who gestures towards a seated African-American man holding corn, presumably a slave. In other parts of the mural, African-Americans are engaged in acts of manual labor like hauling large bales of hay and picking cotton in the fields, while Caucasian men are also laboring at other tasks with tools. Washington’s servant, who is pictured holding his horse, is also African-American. The mural is a clear depiction of slavery in the United States, and of George Washington as a slave owner.

The second panel, entitled ‘Westward Vision”, depicts Benjamin Franklin and other founding fathers looking at George Washington as he points off in the distance, while he points with his other hand to a map. On the right side of the mural, as if carrying out Washington’s call for westward expansion, frontiersmen, depicted in greyscale unlike other figures in the mural, stand over the dead body of a Native American man, signifying the genocide of Native American life and culture.

In the bottom right of the “Westward Vision” panel, a frontiersman and Native American chief sit at a campfire smoking a peace pipe. On the ground at the chief’s feet is a tomahawk, symbolizing the disarming of Native tribes. Directly above the Chief’s headdress is a broken tree limb representing broken treaties made by the U.S. government with Native Americans, and broken promises made by settlers.

The school responded to the complaints by commissioning the creation of new murals to show people of color in a positive light, the outlet said.

Fast forward to our present era of obliterating historic monuments, statues, and other works of art because they don’t meet 21st-century sociopolitical standards. And as it happens, the San Francisco Unified School District created a “Reflection and Action Group” to determine what to do about the mural series after a proposal to designate the high school as a historic landmark, the outlet said.

And the group decided the entire Life of Washington mural series should be removed — i.e., painted over as the mural panels are painted upon the school’s plaster walls, the Richmond District Blog said. The following is the group’s statement on the matter, according to the outlet:

We come to these recommendations due to the continued historical and current trauma of Native Americans and African Americans with these depictions in the mural that glorifies slavery, genocide, colonization, manifest destiny, white supremacy, oppression, etc. This mural doesn’t represent SFUSD values of social justice, diversity, united, student-centered. It’s not student-centered if it’s focused on the legacy of artists, rather than the experience of the students. If we consider the SFUSD equity definition, the “low” mural glorifies oppression instead of eliminating it. It also perpetuates bias through stereotypes rather than ending bias. It has nothing to do with equity or inclusion at all. The impact of this mural is greater than its intent ever was. It’s not a counter-narrative if [the mural] traumatizes students and community members.

“I support the decision of the working group, and I’m waiting to see what the plan of action is going to be,” school board President Stevon Cook told KGO-TV. 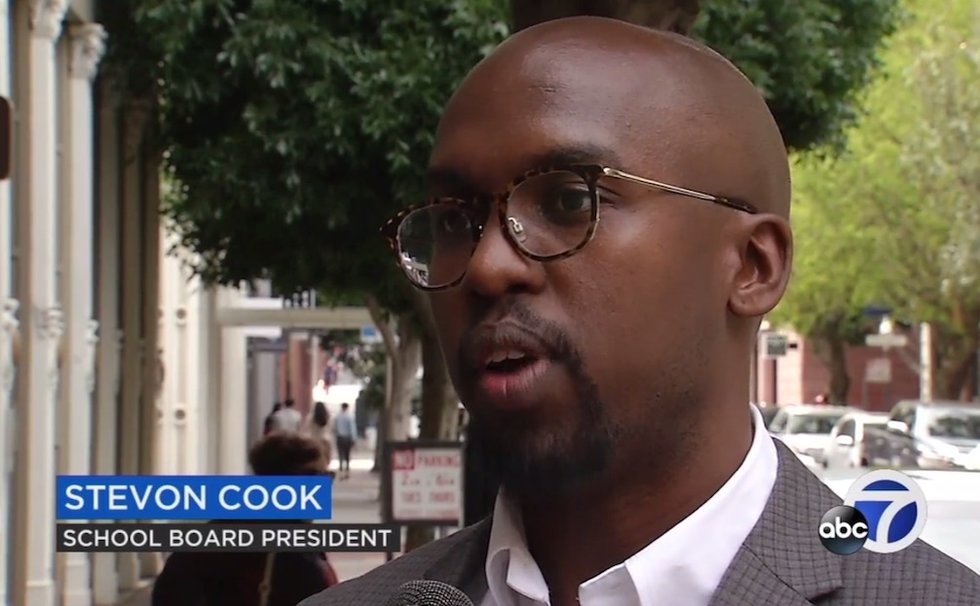 San Francisco Supervisor Matt Haney — who discussed what to do about the murals a few years ago when he served on the school board — told the station that “you shouldn’t have to look up and see depictions of your ancestors either being killed or enslaved; that’s not the kind of supportive school environment that all of our children and their families deserve.” 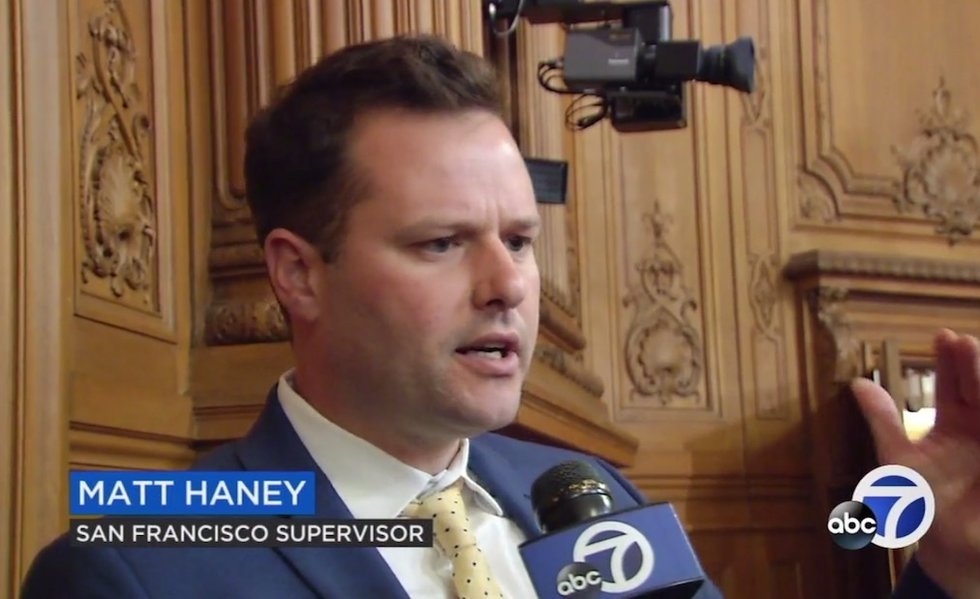 But John Rothmann is leading a campaign to save the murals and told KGO they can be used to educate students about what America got wrong: “It’s important to confront history, not erase history.”

In 2010, the San Francisco Arts Commission posted a video on restoring the school’s artwork, including the controversial mural panels — and officials in the clip seemed to be in favor of preserving history rather than destroying it.

Former Principal Ericka Lovrin, in fact, said “the grandeur of these murals” is “fantastic,” and that many students are “very, very proud” of them and “so happy that they’re being preserved.”