Katie Somers and Blaise Allyene were holding anti-abortion signs on campus Oct. 1 when Gabriela Skwarko, 23, was seen on video knocking down signs and shoving Somers, who suffered bruises, the outlet said.

Skwarko is seen picking up a dolly that held the signs and throwing it in their direction. Skwarko reaches into Somers’ backpack and smashes an object on the ground while pushing her.

At the time, Skwarko was a member of the Ryerson Reproductive Justice Collective, an abortion rights advocacy group.

As TheBlaze reported, as the shoving continued, the attacker was seen on video performing a threatening “chest pound” as a crying Somers tried to get away. “C’mon, let’s do it!” the attacker was heard saying. 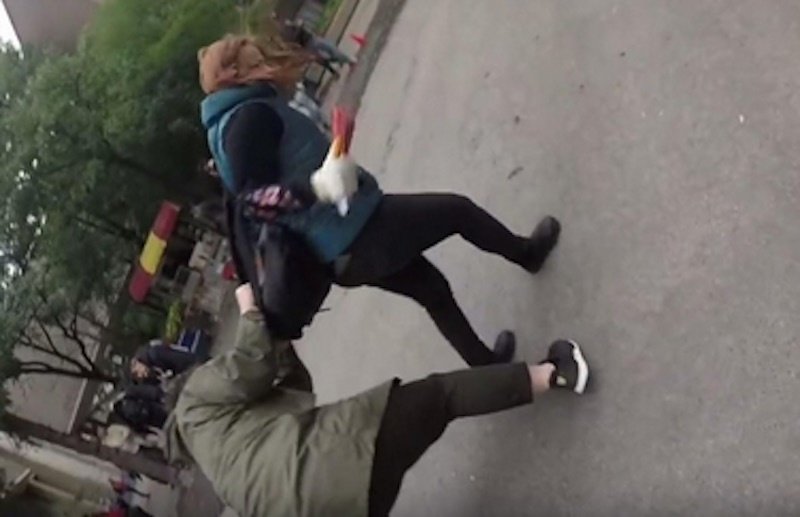 No one appeared to make any meaningful attempt to intervene during the attack, but a presumably pro-abortion woman could be heard on video mocking Somers: “Oh, are you crying little girl? Did we hurt your feelings? I think we hurt her feelings.”

What did one of the victims say after the guilty plea?

In court, Skwarko apologized for her actions, saying she had let down her family, Global News reported, adding that her parents, her brother and uncle were in court.

“I’m glad Gabby is pleading guilty and taking responsibility for her actions, and I hope the ruling will be a sufficient deterrent,” Somers told the outlet, which added that Somers said she accepted Skwarko’s apology.

“I thanked her,” Somers also noted to Global News. “It meant a lot to hear her express remorse for what she did.”

Somers told the court in a victim impact statement that she suffered post-traumatic stress disorder as a result of the incident and that her family no longer wants her to attend demonstrations out of concern for her safety, the outlet reported.

What will happen to Skwarko?

It was recommended in court that Skwarko receive a conditional discharge, 18 months’ probation, and no criminal record, Global News said, adding that the judge said he would accept the recommendation and pronounce the sentence May 10.

Skwarko was suspended from Ryerson for a year and lost her job with the university after the incident, the outlet said. ‘The View’ co-host claims that kids are ‘safer’ at LGBTQ-related events than they are at church: ‘Jesus would be attending that Pride parade!’