RIO BRAVO, Tamaulipas – State authorities set up a new highway checkpoint just south of the border with Texas in an attempt to hamper cartel operations in the region.

The checkpoint includes a surveillance tower, sandbags, communications equipment, and a contingent of police officers ready to fight off a cartel attack. Government officials revealed to Breitbart News that the checkpoint is located along the highway that connects Matamoros and Reynosa — in the municipality of Rio Bravo. 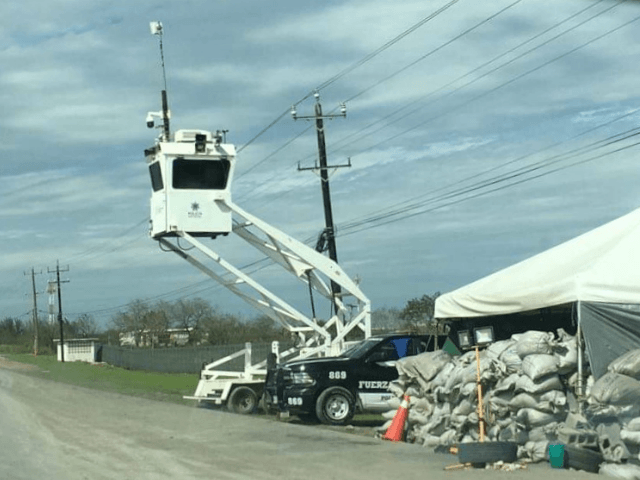 The checkpoint is part of a larger strategy that includes checkpoints, new state police substations, and an increase in patrolling along highways in an attempt to reclaim key areas in the state. As Breitbart News reported, two factions of the Gulf Cartel, one in Reynosa and one in Matamoros, have been waging a fierce war for control of lucrative smuggling routes. The fighting recently centered around the area between Rio Bravo and Reynosa where the two rival factions continue to clash regularly using armored vehicles and automatic weapons.

The constant presence of cartel gunmen also led to numerous carjackings and highway robberies. In March, Gulf Cartel gunmen kidnapped 19 passengers from a bus that was traveling to Reynosa, Breitbart News reported. While Mexican authorities initially tried to downplay the case, they eventually confirmed that kidnapping. They also confirmed a second case where 25 passengers had also been pulled off a bus in February.

VIDEO: 'We Are About to Experience an Immigration Surge Like Never Before,” Says Texas Border Mayor