A classic movie lawyer line is “never ask a question you don’t already know the answer to,” and it’s one that the Democratic Senatorial Campaign Committee probably should have taken to heart before putting out a Twitter poll over the weekend.

The @DSCC account tweeted the question at 4:30pm on Friday. By midnight Saturday night, it was approaching a blow-out. 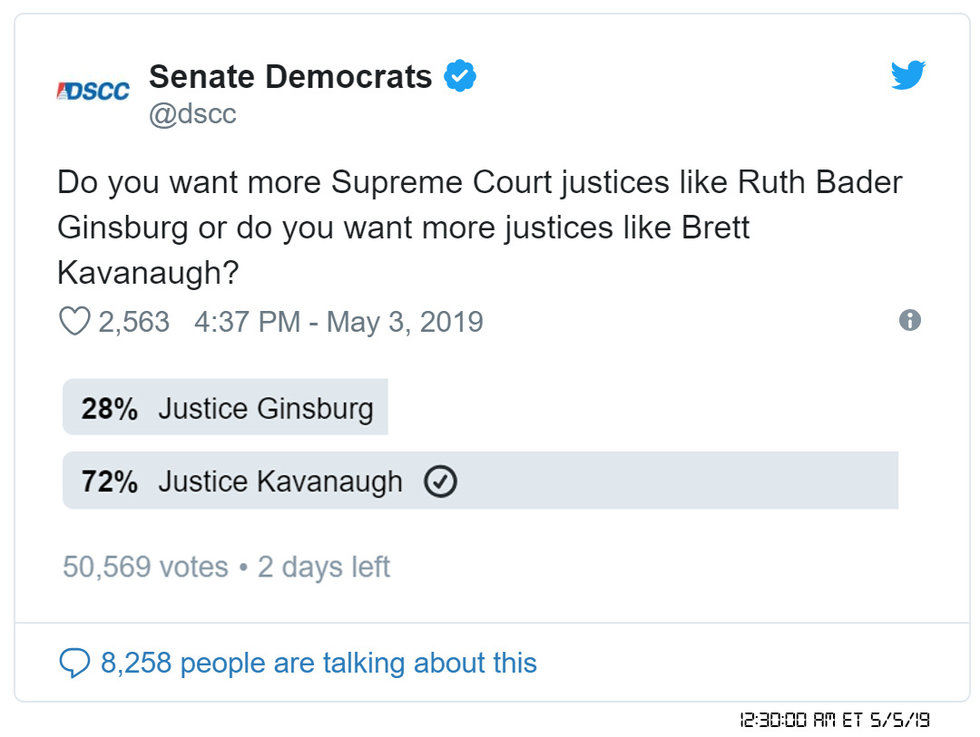 One Twitter user made an great, hilarioius point. With the Democrats pushing for direct popular vote, they should have no complaints about this poll.

There are still two days left, so there are of course no guarantees. The right celebrity retweet could send the whole thing into chaos. But it sure didn’t look like it was panning out the way they hoped.

If you want to vote, well be our guest. Here’s the tweet:

John Roberts tried to flip justices to preserve Roe v. Wade — but the opinion leak shut him down: Report