A Louisville woman has been charged with second-degree felony assault after surveillance video shows an 82-year-old female pro-life activist being pushed to the sidewalk last month outside Kentucky’s only remaining abortion clinic —
an attack that left the hospitalized victim with a broken leg, the Courier Journal reported.

Longtime anti-abortion activist Donna Durning told the paper in a separate article she was at the EMW Women’s Surgical Center as a part of the local “40 Days for Life” campaign involving her church. Court documents indicate the incident took place April 12, the Courier Journal said.

From her hospital bed, Durning told the paper she offered a crisis pregnancy card to the woman who was walking out of the clinic: “I said, ‘Honey, if you ever need to talk to anyone, you can get help by calling this number.”

The woman initially ignored Durning but then “turned back around and charged at the victim, bumping [the] victim with her body and causing [the] victim to fall backward,” the Courier Journal reported, citing the criminal complaint.

Surveillance video shows the woman walking toward a waiting car as Durning approached her on the sidewalk. After the woman reached the car, she turned around, walked toward Durning, and appears to make contact with the victim. 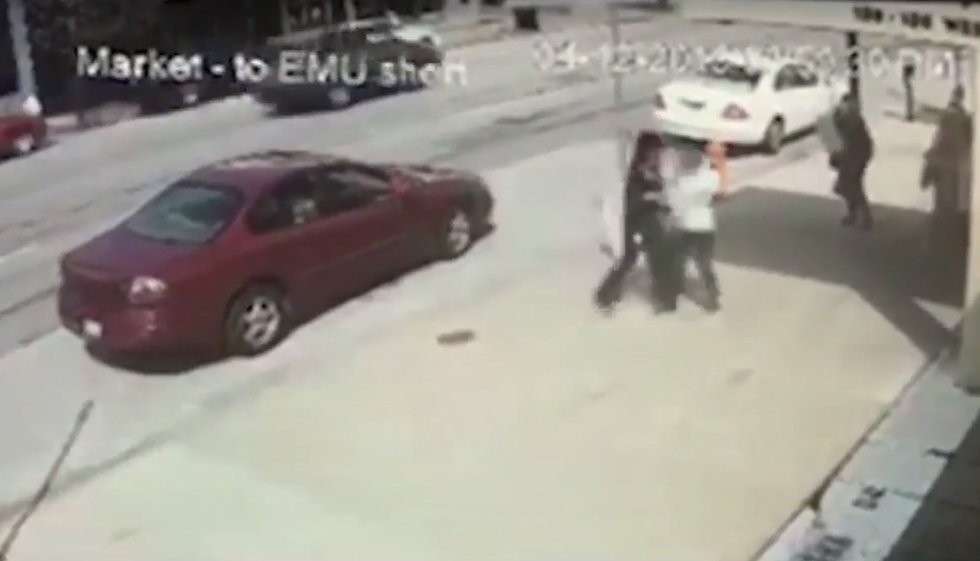 The woman then appears to push During backward to the ground. 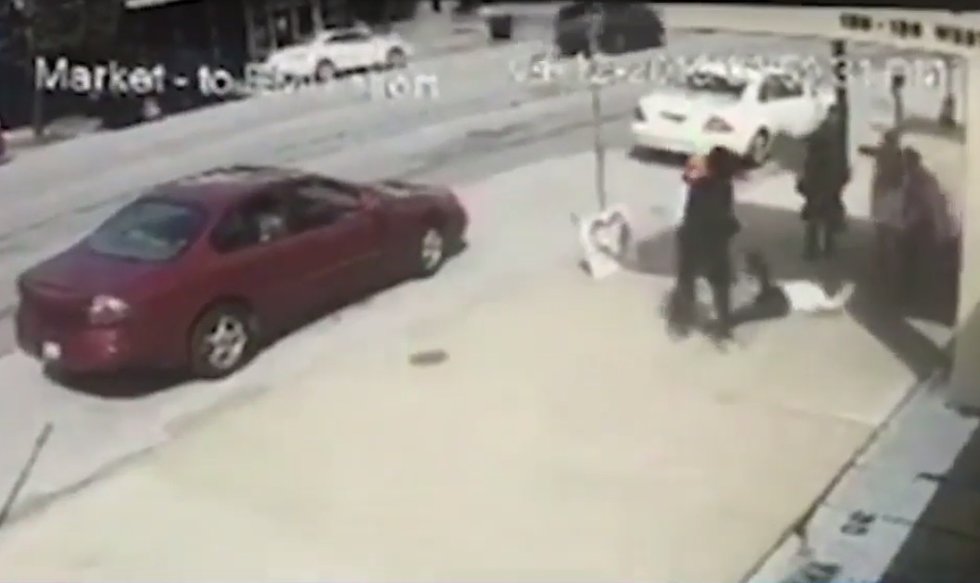 Durning added to the paper that “she just absolutely glared at me. She grabbed me by both of my shoulders and … pitched me across the sidewalk. I landed on my left side and my left arm and my head.”

The video shows the woman getting into the car’s passenger seat. While the car leaves the scene, the Courier Journal said one of the people with Durning took note of the car’s license plate number, and police found the woman who is also the registered owner.

Durning broke her femur and required surgery and rehabilitation, the paper said, adding that she also had a cut on her head but did not need stitches.

Who was charged in the incident?

Janaya Alyce Gregory, 31, pleaded not guilty Wednesday and was released on her own recognizance, the Courier Journal said, adding that her next court date is listed as May 21 for a preliminary hearing.

What else did the pro-life victim have to say?

Durning added to the Courier Journal that she has “a guardian angel, and God is watching over me.”

“I believe that the lady who caused this injury needs prayers, and I’m forgiving her, and I would hope that people would also pray for her,” she also told the paper.

More from the Courier Journal:

After spending several days in a rehabilitation facility, Durning said she is recuperating at one of her sister’s homes and is able to walk well with a walker. She said she was glad police found her alleged attacker.

April’s incident was not the first time Durning has been pushed outside the clinic. A video posted to YouTube in 2017 shows Durning being pushed to the ground while holding a sign that says “Ask to See Your Ultrasound.” Additionally, an LMPD spokesperson said Durning’s name was listed as a victim in a 2005 assault at EMW.

'Merit,' 'individualism' are rooted in 'whiteness,' according to 'anti-racist' training reportedly required for LA teachers, staff