Journalist says man from violent Antifa rallies dumped liquid on him at gym, stole his phone

An independent journalist, known for covering Antifa violence, said a man he recognized from the group’s rallies dumped liquid on him at a Portland, Oregon, gym earlier this week and stole his phone.

Andy Ngo
tweeted video of a portion of Tuesday afternoon’s incident at a 24 Hour Fitness in the Hollywood section of the city.

Ngo said in a
statement that he was headed down the stairs to the locker room when liquid was dumped on him from above. He said he ran back up the stairs and called for the manager and recognized the “suspect” from last week’s “May Day Antifa protests and other events.”

Ngo added that the man approached him and accused him of lying about Antifa on Twitter, calling Ngo a “fascist.” A manager intervened, and the man walked away, Ngo said — but then he returned, which is when Ngo said he began recording the incident.

At that point, the man can be seen heading toward Ngo, who said he slapped his phone out of his hand. The phone hit the floor, and the case was damaged, Ngo said.

After Ngo picked up his phone, he said the man snatched it out his hand.

“I’ll f***ing break your phone,” the man can be heard saying.

Ngo said staff went after the man and retrieved his phone; he added that the man has been identified and Portland police have been notified.

Other attacks against Ngo

Ngo appeared on Fox News’ “Tucker Carlson Tonight” last week and said Antifa members attacked him May 1 while he was covering their protests at the Portland U.S. Immigration and Customs Enforcement offices and then during an altercation outside a bar.

“Yesterday’s event was supposed to be a celebration of diversity and workers’ rights, but in reality it was a celebration of Marxism, communism, and political violence,” Ngo told Carlson. “Antifa had mobilized outside the ICE office in an unlawful protest where they shut down streets in a critical area near a hospital, and it was there that they targeted my camera equipment and then I was punched in the abdomen.” 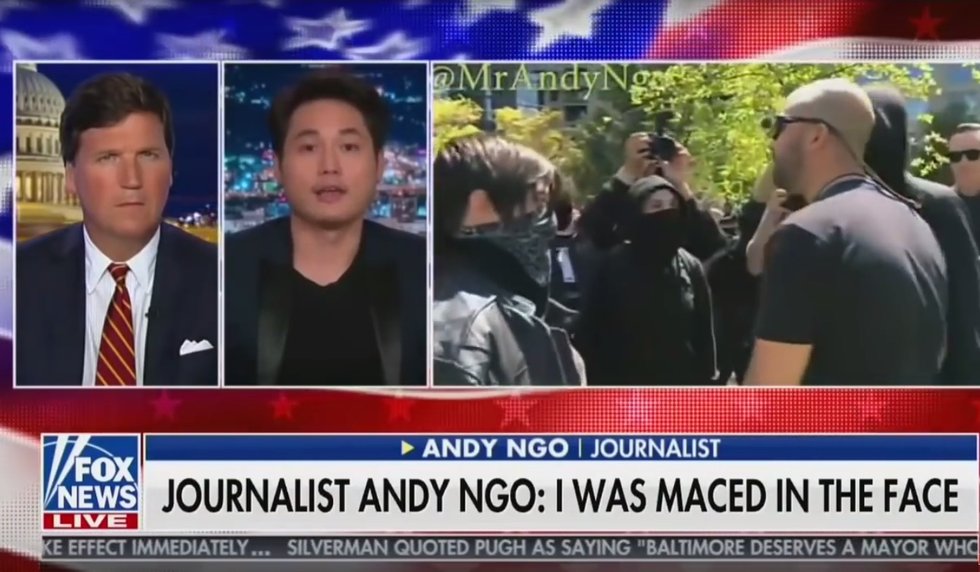 Ngo said he asked police for help — but to no avail.

“I immediately alerted the Portland police officer who was standing yards away, and he let me know that if they stepped in to intervene that that would be an escalation, and that could incite the crowd,” Ngo noted to Carlson, adding that the officer said “he couldn’t do anything, and if I wanted to I could file a police report later.”

A Portland police spokesman
told Blue Lives Matter Wednesday it’s not departmental policy to refuse to intervene amid violent incidents in order to calm them down.

But things weren’t over by a long shot, as more violence was on tap outside an aptly named pub.

“Later on that day, there was a brawl-slash-riot outside the Cider Riot bar in Portland, and it was there that I was singled out and targeted by a masked individual who sprayed me nearly point blank in the face with bear mace and blinded me,” Ngo told Carlson. 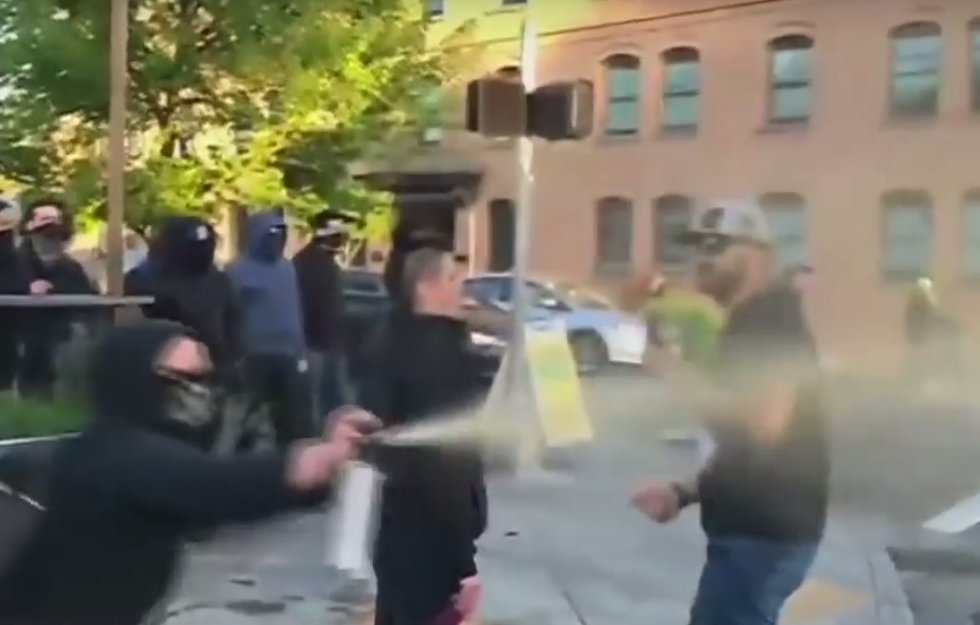 He added that “I was only there as a journalist, and I was harassed and attacked all day, and when the riot happened, the police were nowhere in sight.”

Carlson humorously pointed out an “upside” to the whole mess, highlighting a Ngo clip showing Antifa chalking a sidewalk with the words “white privilege” — and misspelling “privilege” — saying that “does kind of tell you everything about them.” 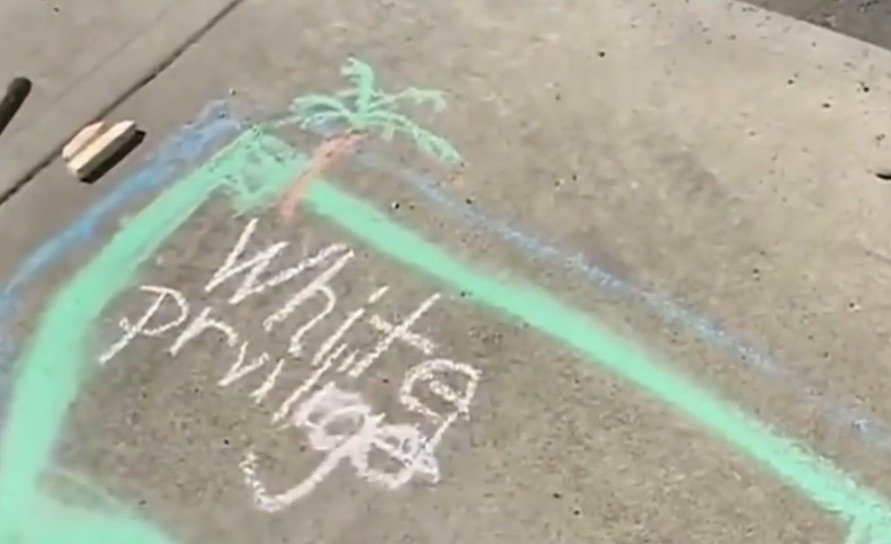