Buttigieg ‘had to Google’ this hilarious nickname Trump just gave him

The “brash” and “data-driven” 2020 candidate ‘Mayor’ Pete Buttigieg is blooming lately in the bumper crop of presidential hopeful Democrats, and has even reached the most important milestone: a Trump nickname. But he seems to be missing some data.

But his nickname threw him for a loop, reports his media, because he had to look it up.

In an interview published at Politico on Friday Trump said, in answer to what he thinks of Mayor Pete’s run, that “Alfred E. Neuman cannot become president of the United States.”

That’s a reference to iconic coverboy for venerable humor magazine MAD, of course, a face that has graced that mags covers since the 50s and a thousand jokes, parodies, products, and even political campaigns since the 1930s. 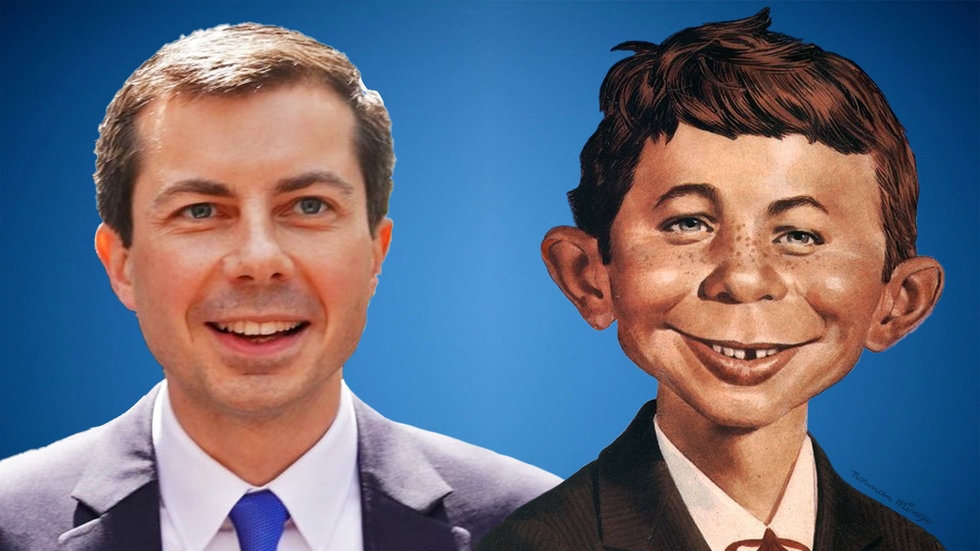 Politico asked Buttigieg for comment and he pleaded ignorance. “I’ll be honest. I had to Google that,” said the culture warrior. “I guess it’s just a generational thing. I didn’t get the reference. It’s kind of funny, I guess.”

A bummer of an answer for such a high honor. MAD is also Bart Simpson’s favorite comedy mag, Mayor Pete. Surely you know that reference.

Buttigieg told MSNBC this year “My face is my message.” So it’s sort of natural his face would be the source of his nickname. And since what he meant by that was that he’s young and new, it fits that he’d pretend not to know about something that was created prior to Obama’s administration.

What, MAD worry? About this diss? Not likely.

By the way, Neuman isn’t new to 2020 political figures. Check it out, he’s also been Donald Trump and Jared Kushner. 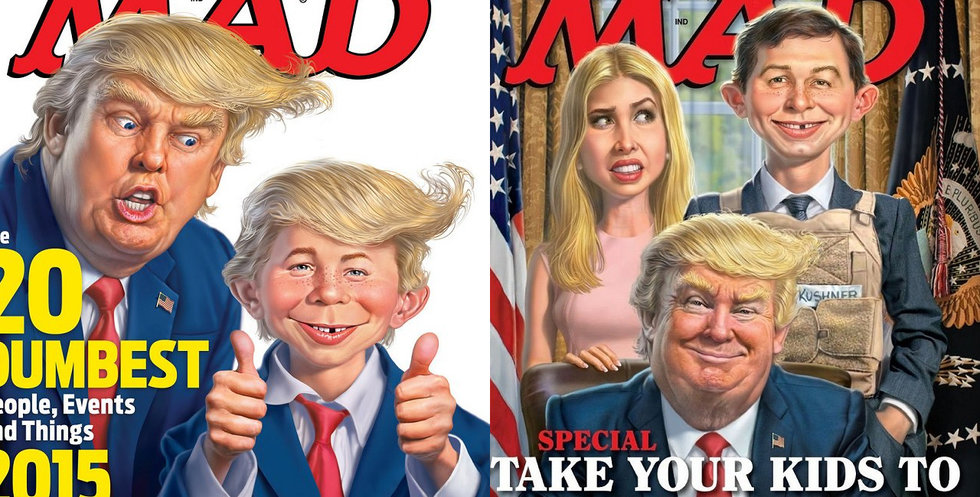 Light news for a Saturday. Not to say Buttigieg didn’t try to make it more serious, or that media didn’t try to play up his response like a sick burn.