The two teenagers accused of opening fire on students at the STEM School Highlands Ranch, in Colorado, killing one and wounding eight others, are an 18-year-old apparent Democrat who hates Christians, and a 16-year-old transgender student.

A school shooting is a horrible, tragic, evil outrage, but as sad as it is to acknowledge it happens often enough to use the word usually, we have to observe that usually a school shooting is nearly wall-to-wall news, particularly political, for days.

However, in the Colorado shooting, during which a heroic teen boy sacrificed his life for others, has resulted in muted coverage, and some details aren’t being discussed at all.

The 18-year-old killer’s politics, for example, merit little mention and haven’t even deterred blaming Trump and Republicans, despite his antipathy toward both.

In court, the 16-year-old white, transgender suspect asked that the court to use the pronoun “he”, though the teen was born female and is listed as such in court records.

These are, by the standards set by our media, relevant pieces of newsworthy information. And by anyone’s estimation ought to be considered as part of the picture when asking what went wrong, and why.

Another aspect that seems to be unworthy of cable news is the father of that student. The Daily Mail reports that Jose Evis Quintana, 33, has a long record. He spent 15 months in jail for domestic violence, and “menacing with a weapon.” He has a long list of arrests from 2008-2017.

Also, he was in the United States illegally through all that, and has been deported before. Twice. After being deported and returning illegally to the United States, Quintana was arrested as a violent fugitive, and while fighting extradition to New Mexico, ICE deported him a second time. 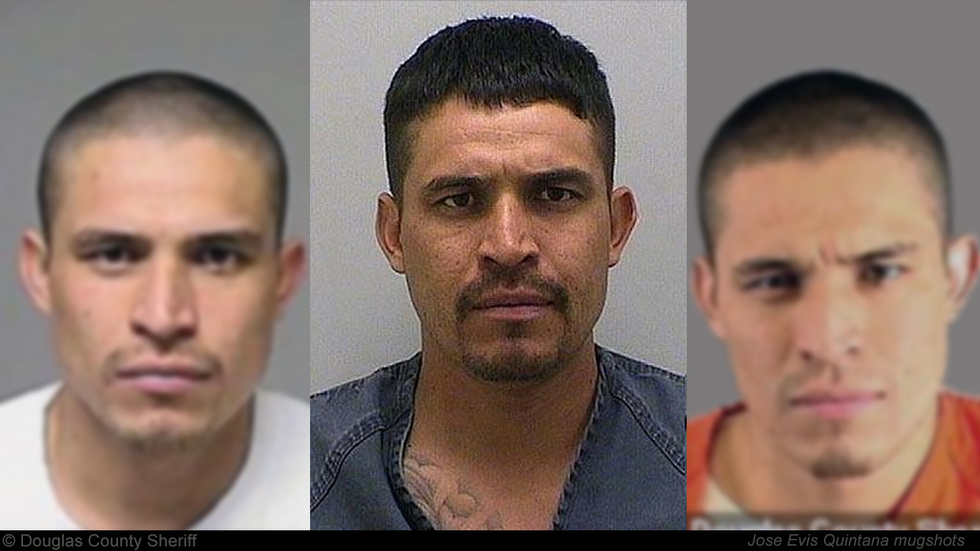 These are, again, seemingly relevant facts. There are many, many more such inconvenient aspects to the profiles of the shooters.

The students at the school, the victims and their families who suffered this horror, are not interested in the political maneuvering. Some walked out of a candlelight vigil after gun activists from Moms Demand Action and protesters attempted to make it a gun control rally. The actual students called it “disrespectful” and “inappropriate” in some cases. Others reacted more strongly, shouting “f–k the media” as they left in anger.

A commendable reaction to the ghoulish appropriation of their mourning by crass opportunists and politicians.

But usually, usually, the media want to know everything they can about a shooter. Does he wear a MAGA hat? What does her Facebook say? Are they pro-life? Do they watch Fox News?

Not this time though. Even before the families told the activists to back off, the emerging picture — that of an angry 18-year-old bully with a history of bashing Christians and Republicans and Trump, and the 16-year-old transgender teenage child of a violent, abusive parent who was in this country illegally — wasn’t the top story.

You can respect the mourning, and you can believe in the importance of mental health over what policies govern objects that people purchase and possess, and yet still fairly ask why. Why so quiet?

Woke employee refuses to do his job while 'in mourning' over Roe v. Wade reversal, blasts his employer — and bitterly complains after getting fired 'The View' hosts get ruthlessly mocked for threatening 'sex strike' to oppose overturning of Roe v. Wade: 'The less of these folks we have reproducing, the better'