On Monday;s episode of “Pat Gray Unleashed,” Pat Gray and Keith Malinak highlighted Alyssa Milano and her tweet that called for a #SexStrike over the weekend.

Milano, 46, took to Twitter on Friday, calling on her feminist sisters to unite under #SexStrike and join her in fighting against the recently passed “heartbeat” bill that was signed into law by Georgia Gov. Brian Kemp (R) prohibiting doctors from performing abortions once a heartbeat is detected.

“Friday night, we had some powerful ‘tweetage’ from Alyssa Milano,” Pat began. “She is such an incredible activist and such a powerful strong person … she had a brainstorm, a ‘thought shower’ if you will, that was second to none,” Pat said. 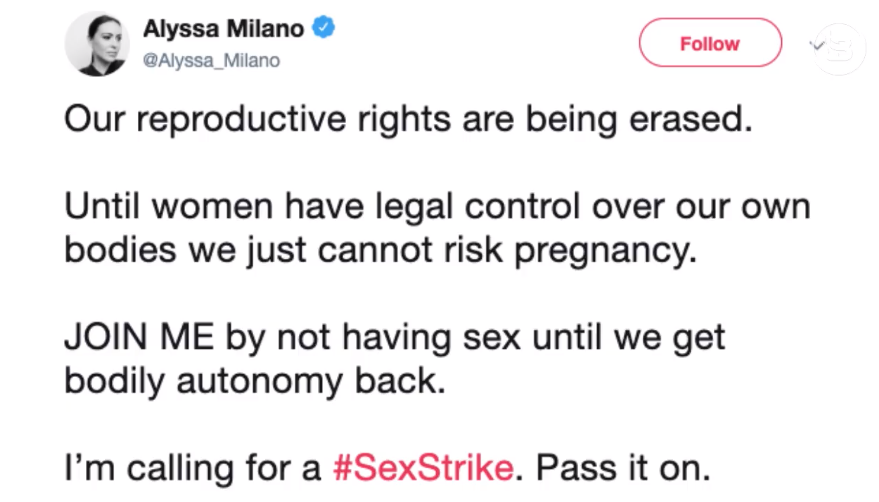 According to Pat, Milano hadn’t taken into consideration that her tweet effectively made the pro-life argument that conservatives had been making for years.

“She played right into the hands of the pro-life movement. I mean, how long have we said that, if you don’t want to get pregnant, then don’t have sex?” Pat asked. “Huh, what a concept.”

Pat read some of the best replies to Milano’s tweet. Watch the video below for details.