Once again, a homeowner’s gun made home invaders change their minds — and fast.

Video captured the moment when a Bowling Green, Kentucky, homeowner’s front door was kicked in just before midnight Wednesday, and four men entered the residence.

And they were armed with handguns, WLKY-TV reported. 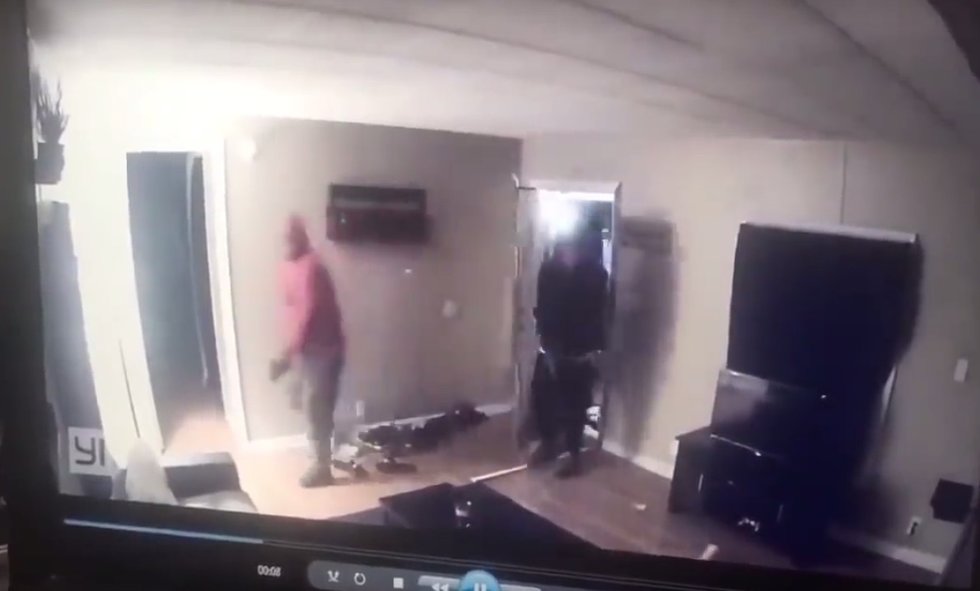 The problem for them, however, was that the homeowner — who told police he was asleep at the time of the break in — also had a gun, the station said.

And he used it.

Video shows a sudden barrage of bullets directed at the foursome before they turn tail and run out the just-kicked in front door.

But the homeowner wasn’t the only one shooting — the intruders fired as well, and the homeowner got shot in his right hand and was taken to a hospital, WLKY added.

What happened to the intruders?

It isn’t clear if any of the intruders were hit by gunfire, but investigators said they face attempted murder and burglary charges, the station reported.

What did a sheriff have to say?

“It kind of plays into … the mindset of those individuals … when they forcibly made entry into somebody’s home, came in there armed and attempting to locate somebody and exchanging gunfire with them and shooting somebody,” Hightower told WDRB. “It’s invaluable to have that type of video footage.”


Watch: Homeowner shoots at four armed intruders after they bust down the door WATCH: 2020 Dems who denounce socialism get CRUSHED in California