The media director for the Heritage Foundation published evidence that his social media account was suspended over his polite disagreement with the LGBTQ agenda on transgender athletes.

The tweet was labeled “hateful conduct” and the social media platform explained that, “you may not promote violence against, threaten, or harass other people on the basis of race, ethnicity, national origin, sexual orientation, gender, gender identity, religious affiliation, age disability or serious disease.”

Greg Scott provided a screenshot of his tweet, which simply offered a dissenting opinion on transgender athletes, to PJ Media. 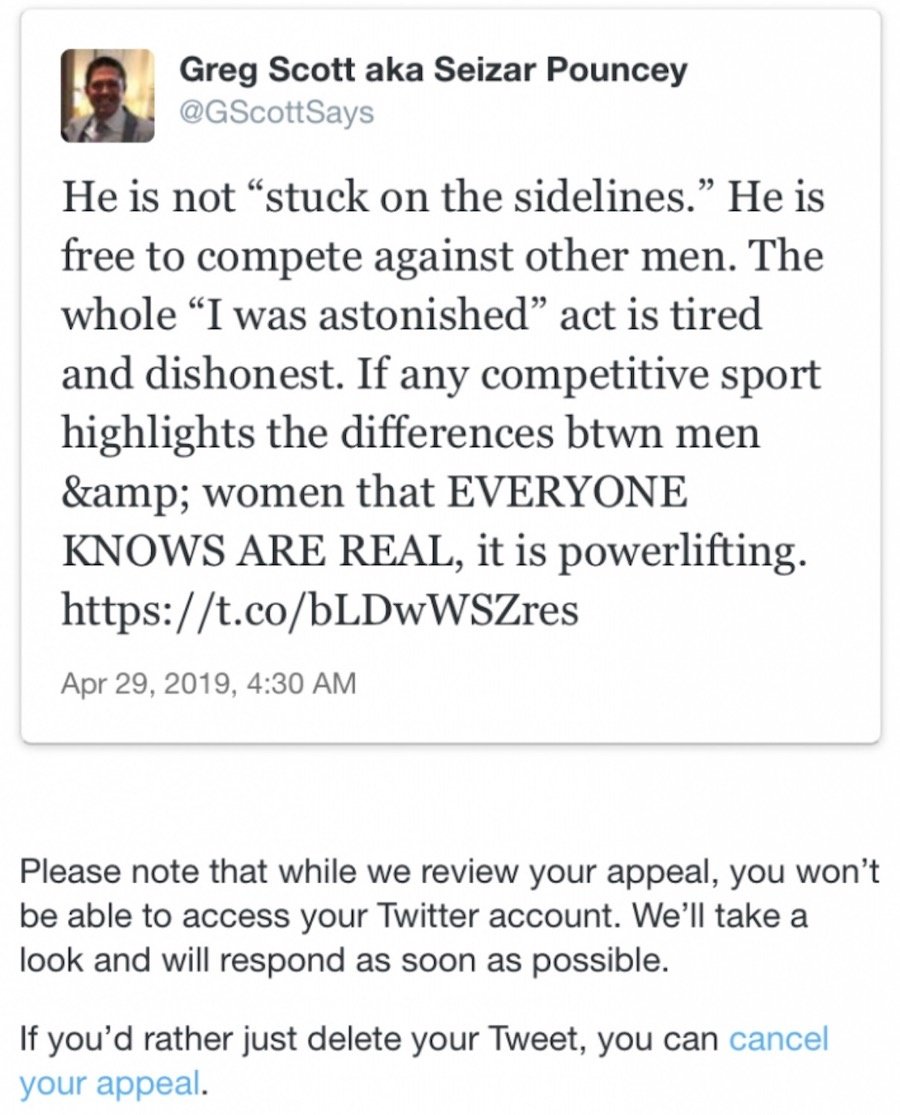 “He is free to compete against other men,” Scott tweeted. “The whole ‘I was astonished’ act is tired and dishonest. If any competitive sport highlights the differences [between] men & women that EVERYONE KNOWS ARE REAL, it is powerlifting.”

Scott was commenting on an NBC article about a transgender weightlifting athlete who was “stuck on the sidelines” according to their headline.

His account has not been re-activated despite his appeal of the suspension.

“If a relatively benign and common sense point – that women shouldn’t be forced to compete against male powerlifters – can now get someone banned from the platform, Twitter is signaling an increasingly aggressive ideological enforcement regime,” Scott said to PJ Media.

Twitter and other social media platforms have been accused by many conservatives of selectively implementing their rules to disproportionately punish those on the right as opposed to abusive voices on the left.

Kirk Cameron says public schools have become 'public enemy No. 1,' calls for Americans to put their faith in a 'homeschool awakening' in new documentary

‘I have been wrong’: Glenn Beck issues heartfelt apology to … GEORGE SOROS?