Pinkerton: Immigration Curbs Key to Conservative Victory in Australia and a Lesson for Trump

Electoral events have a way of keeping mainstream political observers humble, especially when the larger message is the strength of conservative nationalism.

A case in point is the recent Australian election, in which the Liberal Party (in American terms, a conservative party) won a victory over the left-leaning Labor Party.  Some of the MSM outlets that couldn’t hide their surprise included the New York Times: “Prime Minister Scott Morrison Seizes a Stunning Win”; the BBC: “Morrison celebrates ‘Miracle’ win”; and CNN: “Labor loses ‘unlosable’ election.”

In the run-up to the May 18 balloting, the conventional wisdom held that Aussie voters were weary of the constant infighting in the incumbent party—Morrison is the third right-of-center prime minister in the last six years—even as minor parties, yet further to the right, have proliferated.  All that confusion was a formula, the pundits said, for a left-wing comeback.

To be sure, some sharp observers, such as Henry Olsen of the Ethics and Public Policy Center, veered from the herd.  As Olsen wrote in the Washington Post on May 17, the day before the balloting, “While the betting markets think Labor will win, some savvy observers aren’t so sure”—and he quoted one expert as suggesting that Morrison, as the incumbent, had the edge.

Moreover, Olsen continued, Morrison had the global wind of conservative nationalism at his back.  Donald Trump may be a unique figure, he wrote, but the ideas of Trumpism are not unique to the U.S.: “The same patterns of populism, cultural conflict and the movement of well-off and educated center-right voters away from their traditional party are happening around the globe.” 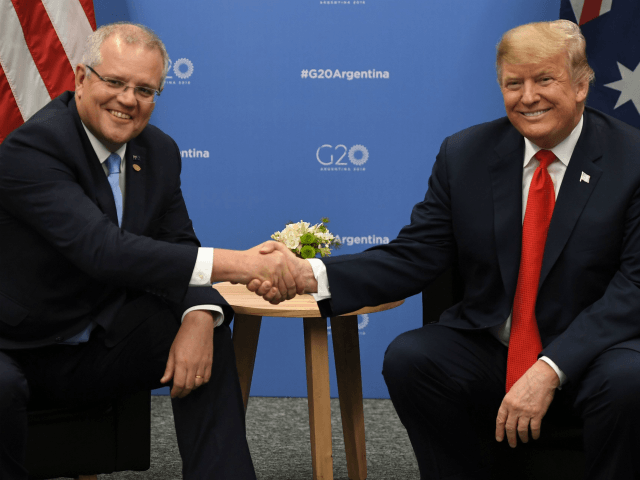 And as is the case with many countries, the hottest issue in Australia is immigration. Indeed, it’s worth pausing over Australia’s situation—and if we do so pause, then the conservative win Down Under starts to make sense.

In the meantime, in Australia’s corner of the Asia Pacific region, other countries, teeming with huge, and mostly poor, populations, loom nearby. For instance, Indonesia, a nation of 264 million just a few hundred miles away, is 87 percent Muslim, and increasingly under the sway of Sharia law.  Then there’s Brunei, where homosexuality is punishable by death.  And even closer is the nation of Papua-New Guinea, whose eight million people have a standard of living less than one-twentieth that of Australia.  And of course, the whole of Asia numbers in the billions, including the economic and military juggernaut of China.

So it’s not surprising that immigration is the issue in Oz.  In fact, Australia has long had a notoriously tough policy on migrants and refugees, starting with the principle: No refugees by boat.  Or, as Australians sometimes put it, “If You Come the Wrong Way, You Will Never Get to Stay.” 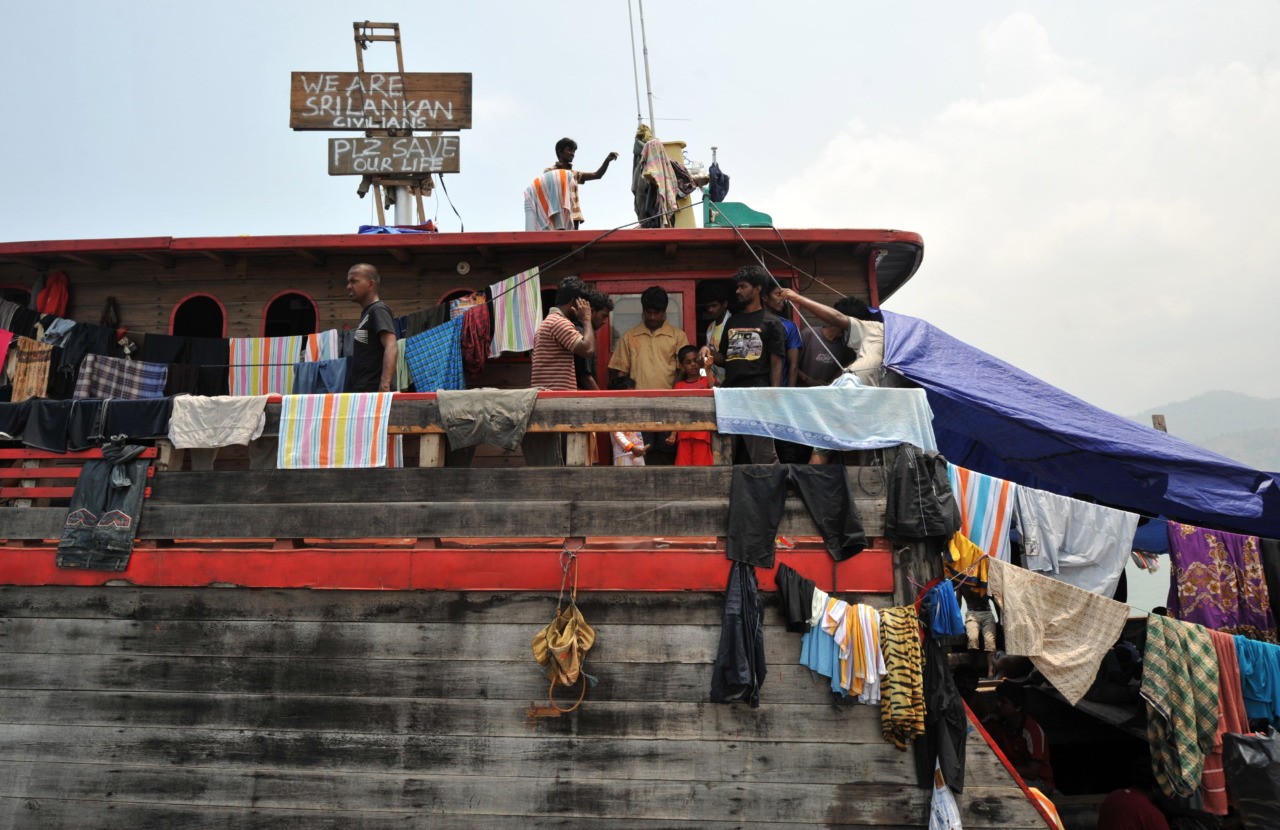 Sri Lankan asylum seekers stay on their boat moored on Indonesia’s Java island, on October 22, 2009, after they were stopped on their way to Australia. (ADEK BERRY/AFP/Getty Images)

Not surprisingly, Australia’s tough policy is loathed by the international left.  The magazine Foreign Policy, for example, refers to “Australia’s refugee gulag.”  And international NGOs have jumped in with the same critique; a staffer for Amnesty International wrote for Al-Jazeera (that hub of human-rights champions) that Australia’s immigration policies are “inhumane, unlawful, unsustainable, costly, and damaging to a country’s reputation.”

Of course, no international liberal cause would be complete without the hypocritical assistance of the United Nations, which regularly criticizes Australia.

Indeed, in 2018, the UN’s laughably-named Human Rights Council blasted Australia for its purported “escalating cycle of repression” that has caused “massive abuse” of would-be immigrants.  Yes, that’s the same Human Rights Council whose members include such oppressive states as China, Pakistan, and Saudi Arabia.

Yet despite such international lecturing, Australians have stuck to their guns.

In point of fact, Australia does allow in a fair number of immigrants, and yet for the most part, newcomers are admitted with an eye toward skills and employability—and no doubt that’s one reason why Australia has enjoyed 27 years without a recession.

Indeed, Australia’s immigration policy is so successful that it has come to the attention of the Trump administration, which seeks to shift U.S. policy in the same productive direction.

According to data released last week by the Trump White House as part of its new immigration initiative, some 68 percent of legal immigrants to Australia (and there are no illegal immigrants to speak of) are allowed in on the basis of the nation’s need for employees and skills.  By contrast, the same percentage for the U.S. is just 12 percent, as policy here has long been heavily tilted toward non-economic factors, such as family reunification, humanitarian entry, and the dictates of the diversity lottery.  Now, the Trump proposal aims to raise the immigration percentage for employment and skill all the way up to 57 percent. 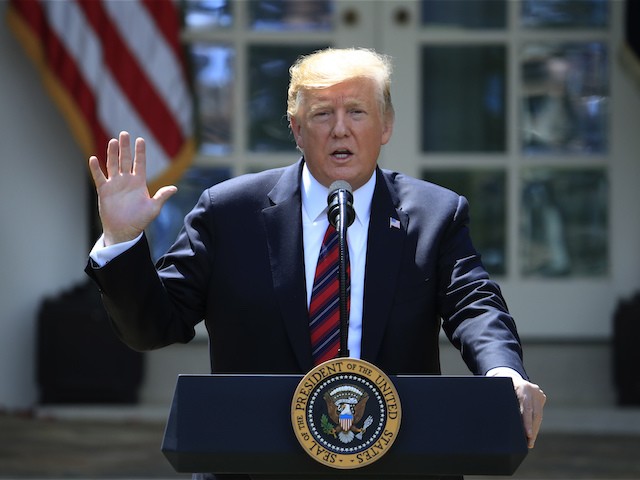 President Donald Trump speaks about modernizing the immigration system in the Rose Garden of the White House, Thursday, May 16, 2019, in Washington. (AP Photo/Manuel Balce Ceneta)

Yet in the meantime, it shouldn’t be so surprising that Australia wants to stick with what works—or, more precisely, who works.

So now we’re beginning to see why Morrison’s right-wing party won the recent election.  During the campaign, Morrison’s allies ripped their left-wing opponents as “soft on turning back boats.”  Such tough rhetoric was disturbing, of course, to the MSM.  Just last month the New York Times quoted one Yvonne Maringa, described as an English immigrant of Zimbabwean descent, as saying, “I think there’s a limited understanding still of migrant communities and their needs.”  Well, yes.  Morrison did run on an Australia First platform.  And as the election results show, it resonated with Australians.

One last data point clinches the argument about the popularity of immigration restriction.  Last year, the Lowy Institute, an Australian think tank, released a national poll on top issues, including, of course, immigration.  It found that in just four years, the percentage of Aussies saying immigration is “too high” has jumped by nearly half, from 37 percent in 2014 to 54 percent in 2018.

So we can see: Morrison and his fellow conservatives just had to stay with their familiar restrictionist playbook.  To put it another way, they had to ignore liberal international opinion and focus, instead, on conservative Australian opinion.

They did, and they won.

In fact, there’s plenty of evidence to suggest that the restrictionist wave is still surging.  This prospect, of course, is disturbing to the left; here’s a recent headline from The Nation: “Australia’s Brutal Refugee Policy Is Inspiring the Far Right in the EU and Beyond: In an age of refugee demonization, Australia was well ahead of the curve.”

We needn’t agree with the “d” word, demonization, to agree, nonetheless, that  there’s a nationalist curve worldwide.  And if Australia is ahead of the curve, well, there’s plenty of room for others to ride it, too—including here in the U.S.