Trump complains Fox is ‘putting more Democrats on than Republicans’

‘What’s going on with Fox?’ Trump says you ‘have to watch the competition’ but complains his favorite network is ‘putting more Democrats on than Republicans’

President Donald Trump thinks ‘something strange is going on’ at Fox News Channel with the recent influx of Democrat town halls.

At a campaign rally in Montoursville, Pennsylvania Monday night Trump said that he was assessing the Democratic competition, but admitted he didn’t like Fox News giving the 2020 candidates more air time.

There are 24 candidates already running in the 2020 Democratic primaries, and three have appeared on the network so far to participate in town hall events.

South Bend, Indiana Mayor Pete Buttigieg was the latest candidate to appear on Fx News on Sunday night. Trump chastised the network for allowing the candidate to bash some of its prime time hosts as a guest on the network.

‘What’s going on with Fox, by the way? What’s going on there?’ Trump asked the audience that was half inside and half outside of the Williamsport Regional Airport. ‘They’re putting more Democrats on than you have Republicans. Something strange is going at Fox, folks – something very strange.’ 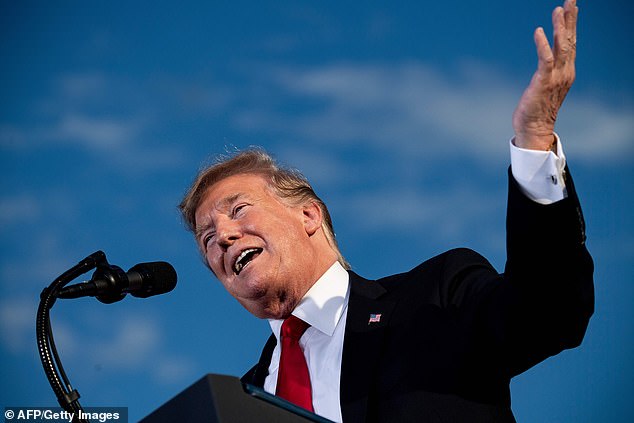 President Donald Trump slammed Fox News at a rally in Montoursville, Pennsylvania for ‘putting more Democrats on than Republicans,’ making reference to the 2020 Democratic town halls the network has been hosting lately 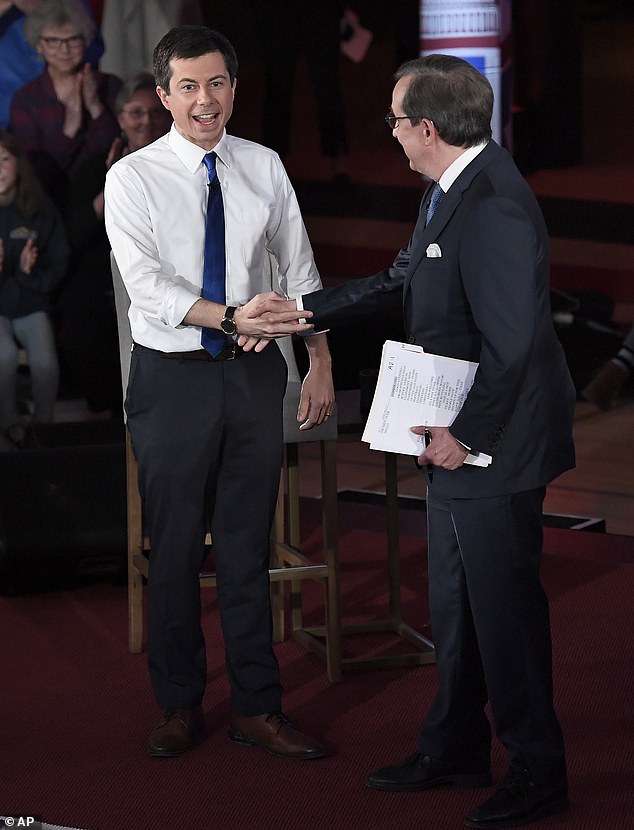 During the event, hosted on Fox News, Buttigieg hit specifically at Fox News hosts Tucker Carlson and Laura Ingraham for previous remarks they made about immigration

‘Did you see this guy last night?’ Trump said, making reference to Buttigieg’s town hall. ‘I did want to watch, you always have to watch the competition, if you call it that. And he was knocking the hell out of Fox, and Fox just put him there. Somebody is going to have to explain the whole Fox deal to me.’

During the town hall, Buttigieg hit Fox News host Tucker Carlson for his remarks about immigrants making American ‘dirty,’ and host Laura Ingraham for comparing children in detention centers to being at summer camp.

‘There is a reason why anyone has to swallow hard and think twice about participating in this media ecosystem,’ Buttigieg said on his reason for appearing in an event with the network – especially in response to other Democrats that refuse to accept Fox’s invitations.

‘Even though some of those hosts are not there in good faith, I think a lot of people tune into this network who do it in good faith,’ he said.

According to early Nielsen Media Research data, the Fox News event with the 2020 Democratic candidate earned almost double the amount of viewers than CNN‘s town hall with him on March 10, which averaged 545,000 viewers.

The event on ‘Fox News Sunday’ was moderated by Fox News host Chris Wallace and was held in Claremont, New Hampshire, which is along the Vermont border.

Buttigieg’s town hall aired in the 7 p.m. time slot, and his viewership was a 22 per cent increased compared to the 2019 average of regular programming at the time. The event also delivered 172,000 viewers in the key demographic of 25-54-year-olds.

He also received a standing ovation from the crowd after his closing statement.

The Indiana mayor was the third Democratic candidate of this election cycle to appear on Fox News for a town hall event. Of the three, he drew the least amount of viewers. 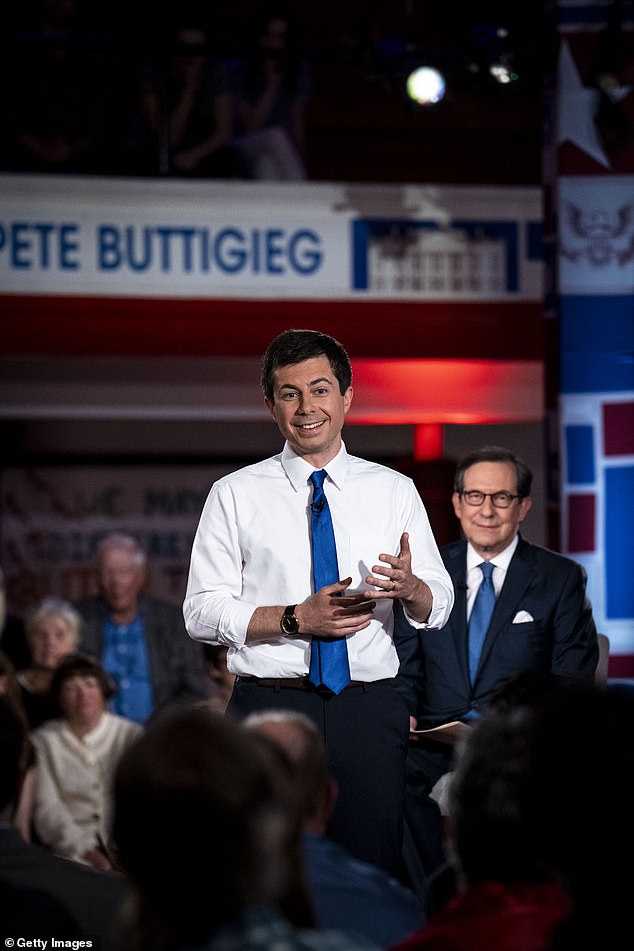 South Bend, Indiana Mayor Pete Buttigieg brought in 1.1 million viewers from his Fox News town hall on Sunday, which was almost double than watched his CNN town hall in March 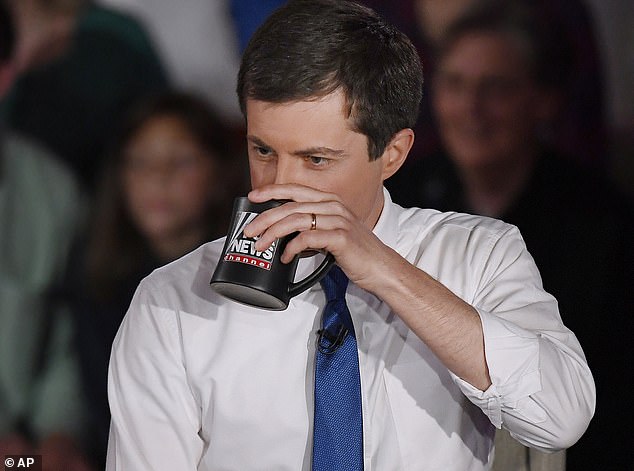 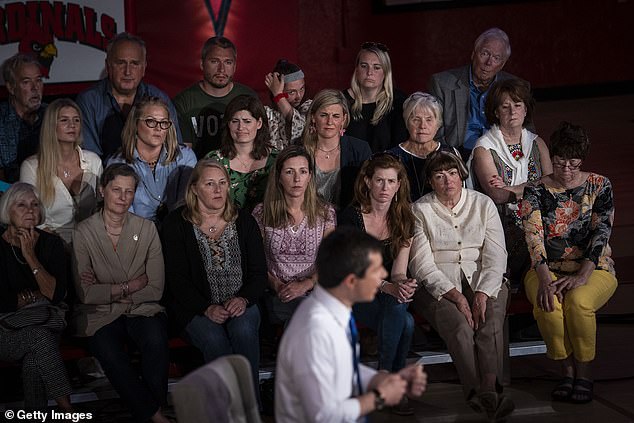 The millennial mayor, who is the youngest candidate at 37-years-old, received a standing ovation from the crowd present at the town hall in New Hampshire, which is the first primary state

Independent Vermont Senator Bernie Sanders had the most-watched town hall of the year when he was the first Democrat to appear in a Fox News town hall. He garnered 2.6 millions viewers from the Bethlehem, Pennsylvania event.

A fourth candidate, New York Senator Kirsten Gillibrand, has already agreed to do a Fox News town hall on June 2 from Iowa.

The first two events were co-moderated by Fox News hosts Martha MacCallum and Bret Baier, and the second two slated Wallace as the moderator.

Buttigieg, who is openly gay and has been married to his husband Chasten since June 2018, was a former long-shot candidate with almost no name recognition as a small-town mayor from Indiana.

The millennial mayor climbed the ranks swiftly, and many times ranks from third to fifth place among the two dozen Democratic candidates– some, like former Vice President Joe Biden, have much more notoriety than Buttigieg.

Buttigieg is the youngest Democratic candidate running in 2020 at 37-years-old. 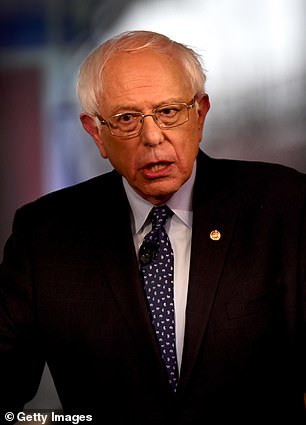 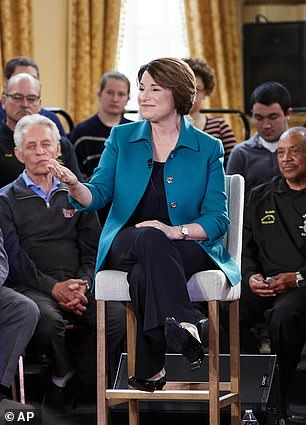 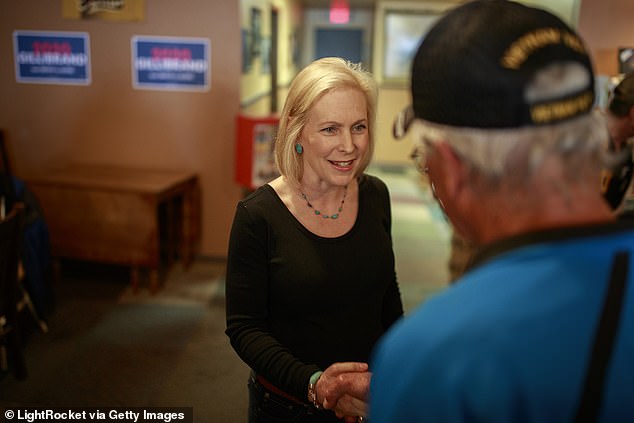 New York Senator Kirsten Gillibrand will be the fourth 2020 Democrat to participate in a Fox News town hall on June 2. She defended her decision to appear on the network by saying she wanted tor each all voters, even those who watch the network

Mostly Biden comes in first place in the polls among registered Democratic voters, and in a recent Fox News poll, he was the only candidate who beat Trump in a hypothetical matchup outside the margin of error among all likely voters.

Fox News has to rely on Democratic candidate voluntarily appearing on the network since they were banned from holding Democratic debates.

Democratic National Committee Chairman Tom Perez said the network would not be allowed to host any of the Democratic debates in the 2020 election cycle because he claims it would not be able to hold a ‘fair’ event.

‘I believe that a key pathway to victory is to continue to expand our electorate and reach all voters,’ Perez said in a statement in March. ‘That is why I have made it a priority to talk to a broad array of potential media partners, including Fox News.’

Perez, however, said that recent reporting regarding President Donald Trump and his administration’s relationship with the network has led him to reconsidering pairing with Fox News for the debates.

‘[T]he network is not in a position to host a fair and neutral debate for our candidates,’ Perez said at the time. ‘Therefore, FOX News will not serve as a media partner for the 2020 Democratic primary debates.’

In April, Perez said the DNC was not reconsidering its decision. 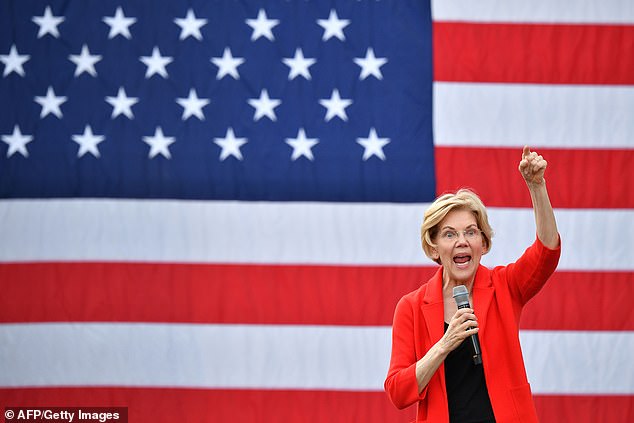 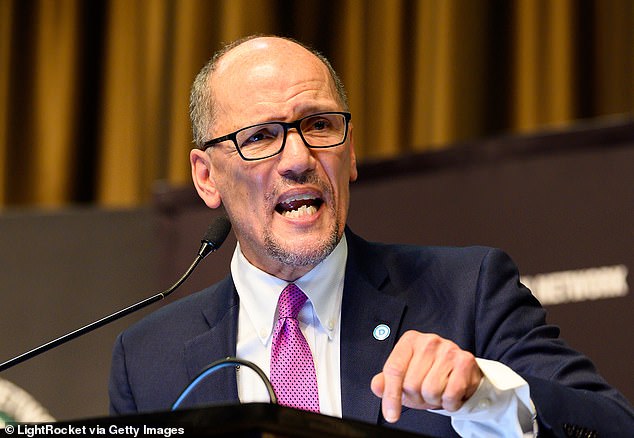 Fox News has to rely on Democratic candidates voluntarily appearing on the network because Democratic National Committee Chairman Tom Perez barred Fox from hosting any of the party’s 2020 debates. He said it couldn’t hold a ‘fair’ event

Massachusetts Senator Elizabeth Warren, a progressive candidate that has won some more traction recently, said she would not participate in a town hall with the network.

‘Fox News has invited me to do a town hall, but I am turning them down,’ Warren said in a Twitter thread May 14.

‘Fox News is a hate-for-profit racket that gives a megaphone to racists and conspiracists—it’s designed to turn us against each other, risking life and death consequences, to provide cover for the corruption that’s rotting our government and hollowing out our middle class,’ Warren said when citing the reason for declining the network’s invitation.

Warren said she did not want to contribute to growing Fox’s audience numbers, an argument that seems to hold some validity as Democratic candidates continue to draw millions of viewers.

‘Here’s one place we can fight back,’ Warren continued. ‘I won’t ask millions of Democratic primary voters to tune into an outlet that profits from racism and hate in order to see our candidates—especially when Fox will make even more money adding our valuable audience to their ratings numbers.’

Gillibrand defended her decision to accept the Fox News invitation.

‘My belief is that presidents of the United States [need] to represent everyone, and I am going to ask every voter for their vote, regardless of where they live — whether they’re in a red state or a purple state or a blue state,’ Gillibrand said on MSNBC last week.

‘And I believe you need to meet voters where they are, and a lot of America happens to watch that network so I would like to do a town hall so I can speak to all Americans about their values, their views, their priorities, and where I stand and what my vision for this country is and my experience to actually realize that vision,’ Gillibrand continued.

Fauci’s Net Worth Soared 60% During Pandemic…