“I mean, that’s my gender,” Gregory told the paper. “I didn’t even think about it. That’s who I am.”

But when Gregory — a biological male competing as a female — smashed four women’s records in one day, an automatic drug test followed, the Post said.

After an initial test, Gregory was told there was a problem with the sample, the paper reported, adding that an official said, “We need another one, but this time we need to watch you.”

Gregory added to the Post that “it was a female referee. I told her, ‘This is kind of awkward. My anatomy doesn’t match who I am. But if that’s what you need to do, fine.'”

According to Paul Bossi, the powerlifting federation’s president, the tests revealed Gregory had male anatomy and had improperly competed in the female division, the paper said.

And with that, Gregory’s titles were stripped.

“I felt like they were invalidating my gender and my identity,” Gregory told the Post, which added that the 44-year-old began hormone replacement treatment a year ago and feels she should be allowed to compete alongside women.

“There’s this sense out there that I put on a dress and just stepped on the platform,” Gregory added to the paper. “That’s the furthest thing from the truth. I mean, I’ve had to work my ass off.” 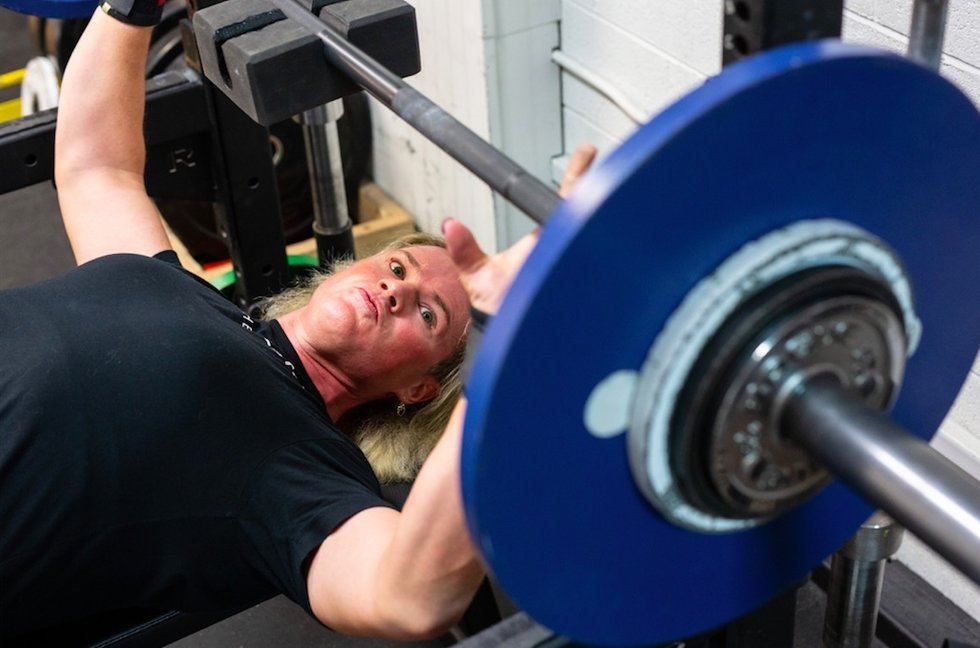 Parker Michels-Boyce for The Washington Post via Getty Images

Gregory also told the Post that strangers began sending vile comments on the lifter’s Instagram post about the record-setting wins: “They’d tell me to go kill myself, just all these nasty things. I honestly think that the only reason they decided to take the actions they took was because of all the negative attention that it got — I mean, because there were so many people that just don’t understand.”

Bossi told the paper that the powerlifting federation would create a transgender category in which Gregory could complete — but the spurned lifter wants nothing to do with it.

“Because it segregates us,” Gregory told the Post. “I think it’s discrimination. It’s not that different than having a category for tall people or for African Americans or for Hispanics.”

Here’s a peek at Gregory in action: