President Donald Trump attended a sumo wrestling match in Japan on Sunday, awarding the “President’s Cup” to the winner.

“In honor of your outstanding achievement as sumo grand champion I hereby award you the President’s Cup,” he said to wrestler Asanoyama after watching the sumo match with First Lady Melania Trump.

Afterward, Trump and the First Lady went to a Hibachi restaurant with the Abes for dinner.

“That was an incredible evening at sumo,” the president said. “Sumo wrestling.” 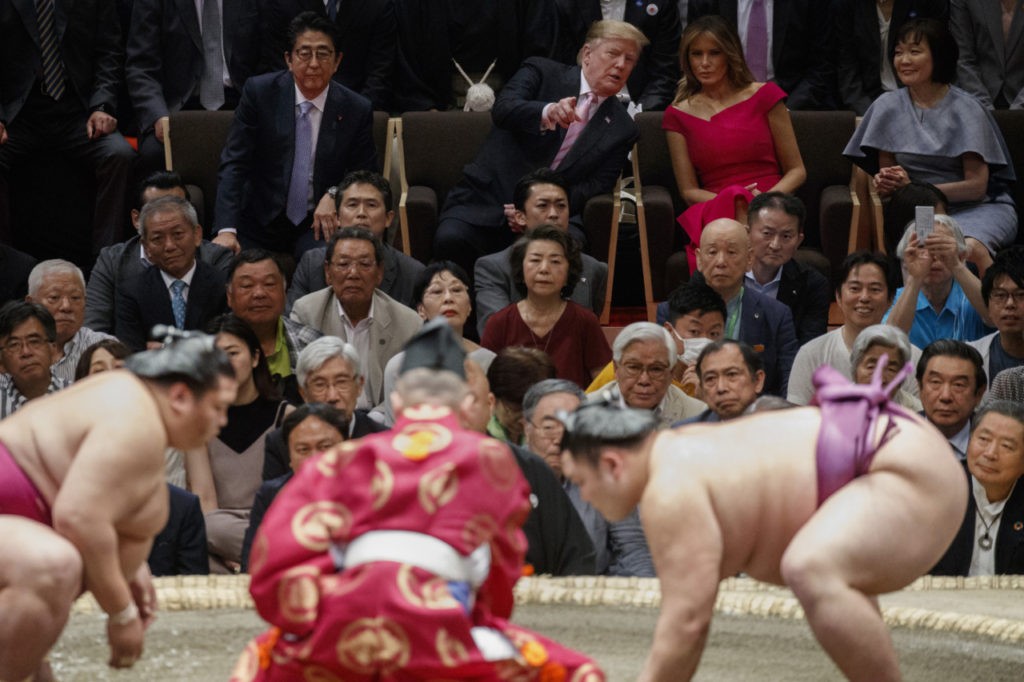 Alleged Walmart Gunman Identified as Andre Bing, With Company Since 2010