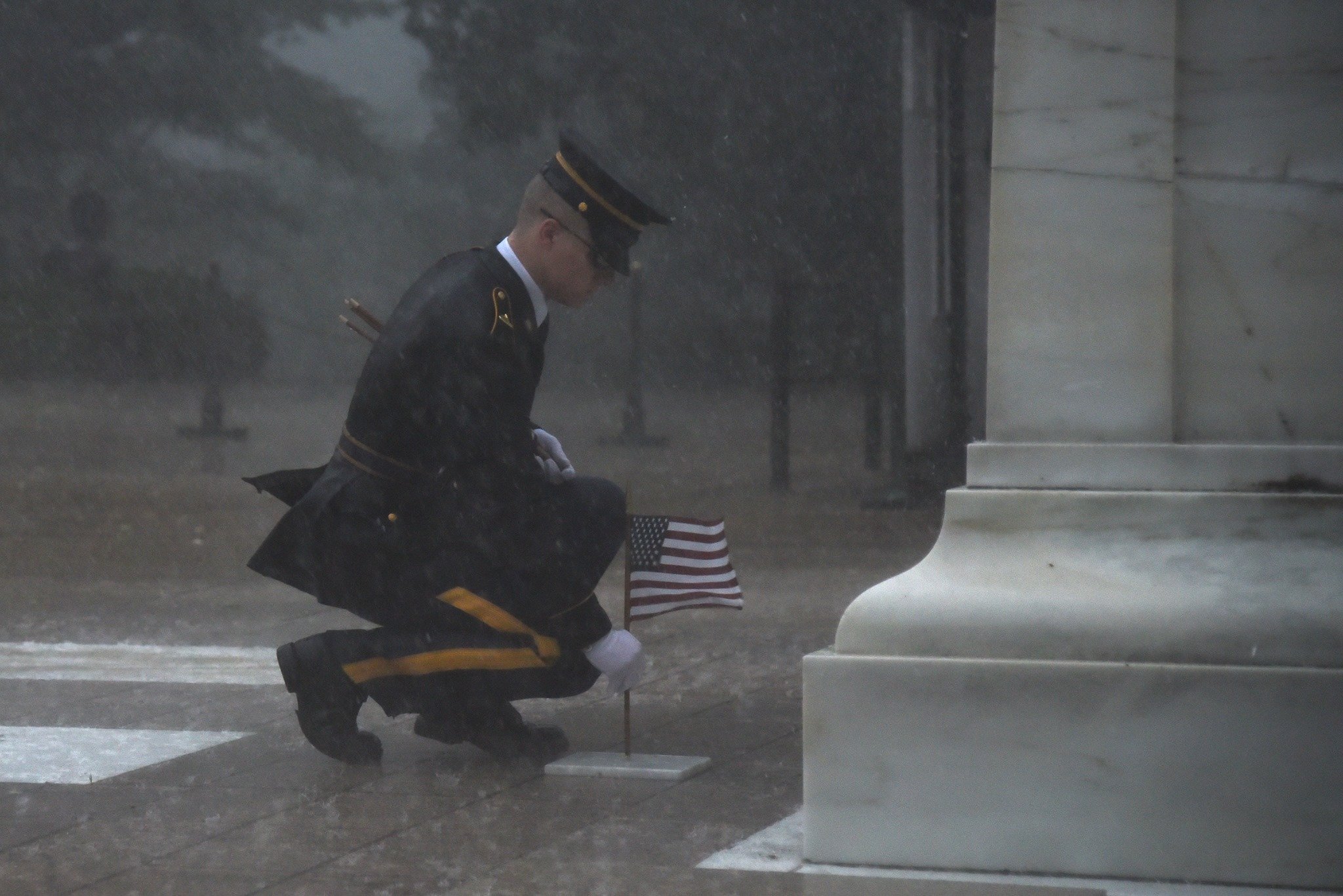 During a severe thunderstorm that ravaged our nation’s capital last Thursday, a solider with the 3d U.S. Infantry Regiment was photographed placing a small flag at the Tomb of the Unknown Solider.

That image, and the story behind it, has gone viral ahead of Memorial Day. 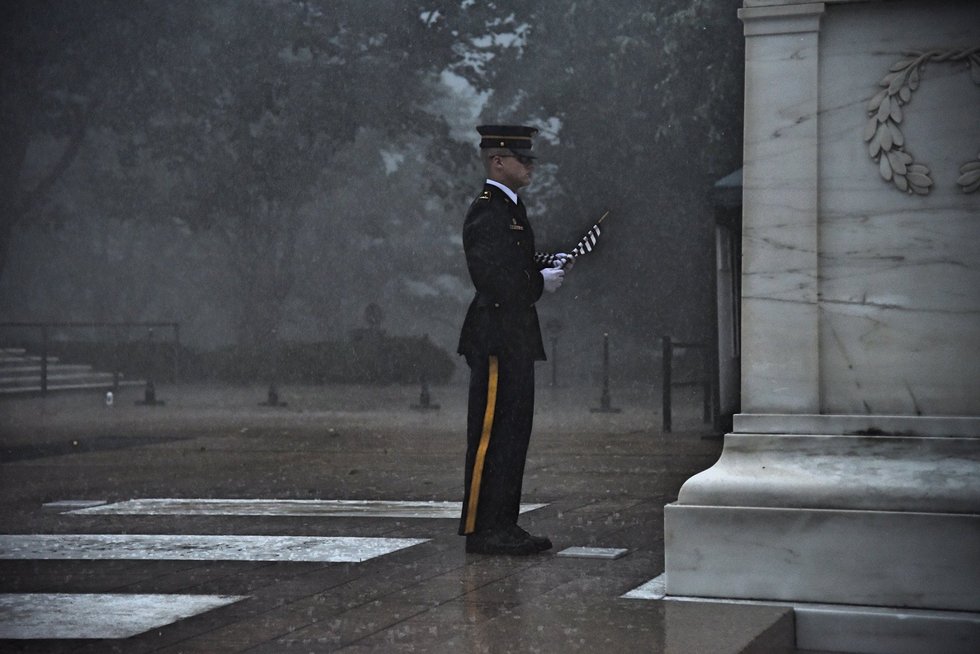 What’s the story behind the photo?

In a Facebook post, The 3d U.S. Infantry Regiment — which is also known as “The Old Guard” — described the moment as “one of the most extraordinary displays of discipline and dedication to duty ever to be witnessed at Arlington National Cemetery.”

[On Thursday], torrential rain and drastic wind gusts overcame America’s most hallowed grounds. Visitors ran for cover. News media piled into vehicles together. The streets flooded. Trees as old as the cemetery itself broke at the trunk and came crashing down. But America’s Regiment endured. They found low ground and held fast through the wind and the rain. Some had to be to ordered to stand down from planting flags, still determined to continue to honor the fallen.

During the storm, one of the most extraordinary displays of discipline and dedication to duty ever to be witnessed at Arlington National Cemetery was taking place at the Tomb of the Unknown Soldier. With only a few watching from cover, a Tomb Sentinel approached the Unknowns with U.S. flags in hand. As thunder shook the ground and rains washed down without abandon, the Tomb Sentinel pierced through the elements with breath-taking precision. He knelt and placed the flags in honor of the Unknowns. For the select few who saw this moment, it was jaw-dropping. Humans have their limits, but The Old Guard has yet to meet theirs.

According to WTHR-TV, the sentinel photographed placing the flags at the tomb was identified as Tyler McKee.

The Old Guard is responsible for conducting memorial affairs and representing the U.S. during special events. Part of the regiment’s duties include standing continuous watch outside the Tomb of the Unknown Soldier inside Arlington National Cemetery. Graham Allen: Why are we acting like abortion is something to celebrate?

There have been 275 attacks on Catholic churches since May 2020: Report