The Navy is investigating if service members violated Defense Department policy by wearing a patch on their uniforms with the words “Make Aircrew Great Again” and an image of President Donald Trump, The
Associated Press reported.

The phrase is an altered form of Trump’s 2016 campaign slogan, “Make America Great Again.” The service members in question were aboard the USS Wasp, which Trump visited Tuesday during his Japan trip, the AP said. 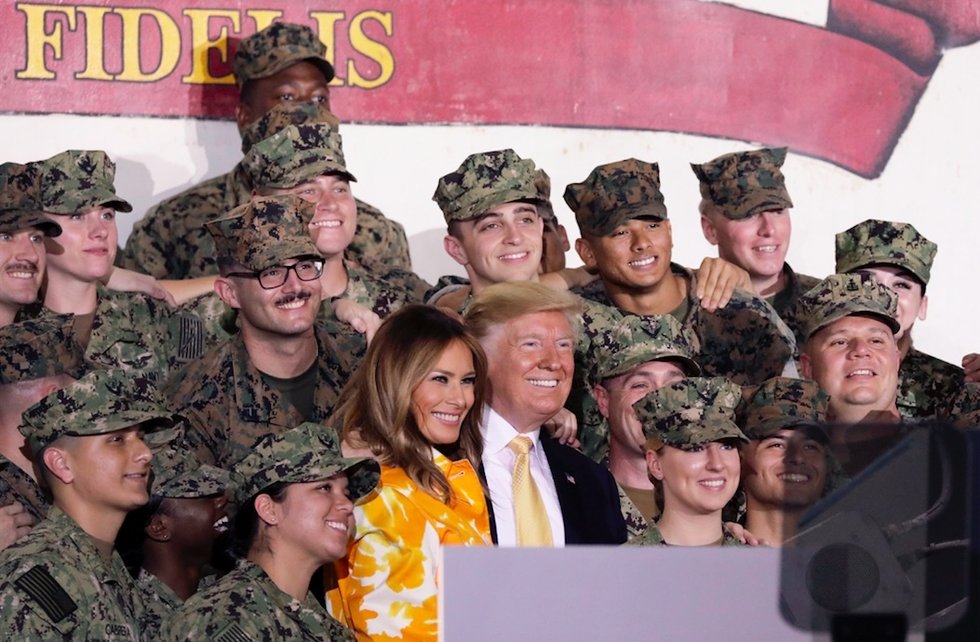 President Donald Trump and first lady Melania Trump with U.S. military personnel aboard the USS Wasp in Japan on May 28, 2019.Photographer: Kiyoshi Ota/Bloomberg via Getty Images

The military has dress codes and regulations against partisan political acts while in uniform, the outlet said, adding that the Navy said in a statement Tuesday that the issue was under review to ensure that the uniform patch doesn’t violate policy or regulations.

How are people reacting?

Wall Street Journal White House reporter Vivian Salama posted photos on Twitter of the service members wearing the patch, and more than a few commenters were none too pleased:

But not everybody was irked. One user commented: “This is awesome!! Thank you boys for your service and positive patriotism!! May God Bless America!!”

‘Everybody in the room has some amount of sexual interest in children’: Montreal University hosts session on pedophilia research