On Thursday, “The White House Brief” host Jon Miller highlighted President Donald Trump and his trip to Japan on Memorial Day and the viral tweet that accused Trump of being a snowflake.

In this clip, Miller explained that Wall Street Journal reporter Rebecca Ballhaus claimed in a tweet that upon Trump’s arrival in Japan for a Memorial Day Celebration, the president requested to have a tarp cover the name of the USS John McCain battleship. He went on to explain that the tweet proved to be fake news, but that did not stop the mainstream media from running with the story. 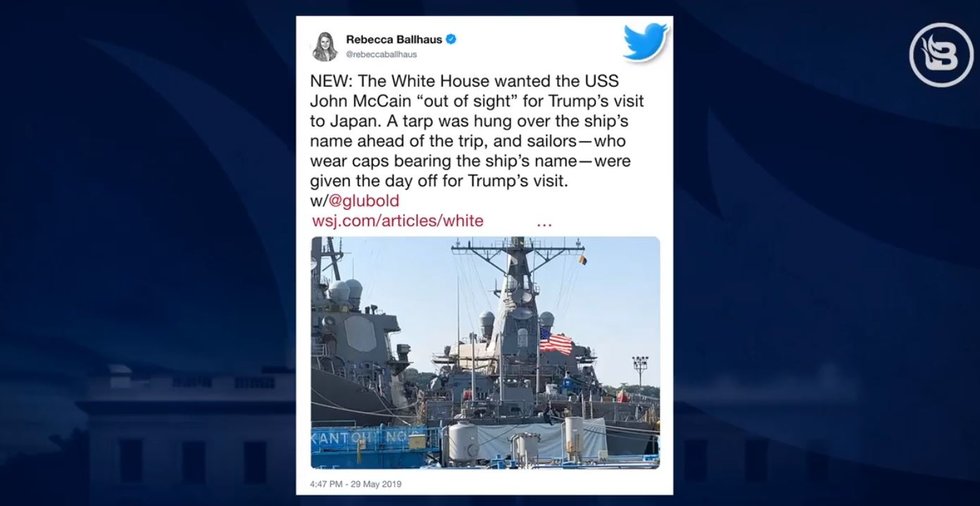 Biden, who will turn 82 in 2024, wants to run for re-election and believes he can beat Trump again: Report