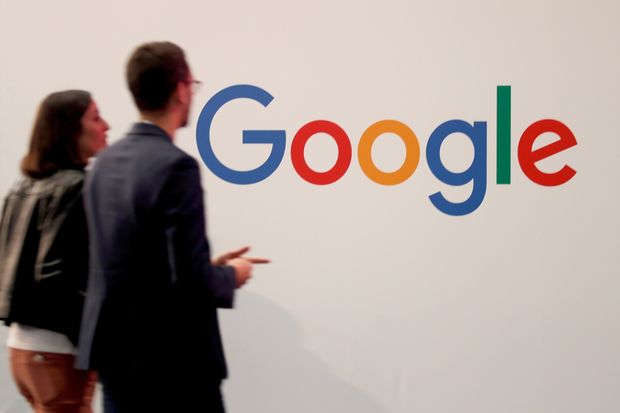 The Justice Department is preparing to closely examine Google’s practices in search and other businesses.

t Inc.’s Google, a move that could present a major new layer of regulatory scrutiny for the search giant, according to people familiar with the matter.

The department’s antitrust division in recent weeks has been laying the groundwork for the probe, the people said. The Federal Trade Commission, which shares antitrust authority with the department, previously conducted a broad antitrust investigation of Google but closed it in 2013 without taking action, though Google made some voluntary changes to certain business practices.

The FTC and the department have been in talks recently on who would oversee any new antitrust investigation of a leading U.S. tech giant, and the commission agreed to give the Justice Department jurisdiction over Google, the people said.

With turf now settled, the department is preparing to closely examine Google’s business practices related to its search and other businesses, the people said.

It couldn’t immediately be learned whether Google has been contacted by the department. Third-party critics of the search giant, however, already have been in contact with Justice Department officials, some of the people familiar with the matter said.

Officials with the Justice Department and Google didn’t immediately respond to requests for comment. An FTC spokeswoman declined to comment.

A Justice Department investigation would put Google—and potentially other tech giants—in an unwanted spotlight at a time when major internet companies already have seen their political fortunes turning, both in the U.S. and overseas.

The shift in attitudes has included multibillion-dollar antitrust fines for Google from the European Union.

has come under intense fire over Russian meddling in the 2016 election on its service. Policy makers also are increasingly skeptical of internet companies’ privacy practices, as well as the potential to create other public harm.

Alphabet, Google’s parent, typically is ranked among the world’s five largest firms by market capitalization. It has grown, thanks largely to its powerful position in online advertising, a lucrative market that threatens to eclipse other forms of advertising. Along with Facebook, it has become a major player in the complex market. But other firms—notably

—also have begun to compete for the business, raising competitive concerns for Google.

Increasingly, U.S. leaders have begun to question the size and dominance of some of the tech giants.

Sen. Elizabeth Warren (D., Mass.), a presidential candidate, called for the breakup of the nation’s top tech companies earlier this year, sending tremors through the large field of Democratic contenders for 2020 and winning praise from populist liberal activists—as well as from Steve Bannon, a former strategist for President Trump.

The rise of big tech has seen three corporate titans that didn’t exist 30 years ago—Amazon, Google, and Facebook—suddenly amassing the power to sway large parts of the U.S. economy and society, from the stock market to political discourse, from personal shopping habits to how small businesses sell their wares.

With their enormous size and dominance have come network advantages, data caches and economies of scale that can make it challenging for new rivals to succeed. Many firms that compete with those giants in one sector also depend on their platforms to reach customers, and they complain of being unfairly squeezed.

Supporters of the big tech companies say there is so much dynamism in the sector that the giants are sure to be knocked off soon. However, their power and reach keep growing.

Antitrust leaders at the Justice Department and the FTC have publicly acknowledged the competition concerns and said those issues merit close attention.

Justice Department antitrust chief Makan Delrahim has said there is nothing wrong with a large tech firm winning its dominance through innovation, but he has said companies must compete fairly to achieve and maintain their position.

“Antitrust enforcers may need to take a close look to see whether competition is suffering and consumers are losing out on new innovations as a result of misdeeds by a monopoly incumbent,” Mr. Delrahim said last year in a speech about digital platforms at the University of Chicago.

“I don’t think big is necessarily bad, but I think a lot of people wonder how such huge behemoths that now exist in Silicon Valley have taken shape under the nose of the antitrust enforcers,” Mr. Barr told senators. “You can win that place in the marketplace without violating the antitrust laws, but I want to find out more about that dynamic.”

Write to Brent Kendall at brent.kendall@wsj.com and John D. McKinnon at john.mckinnon@wsj.com