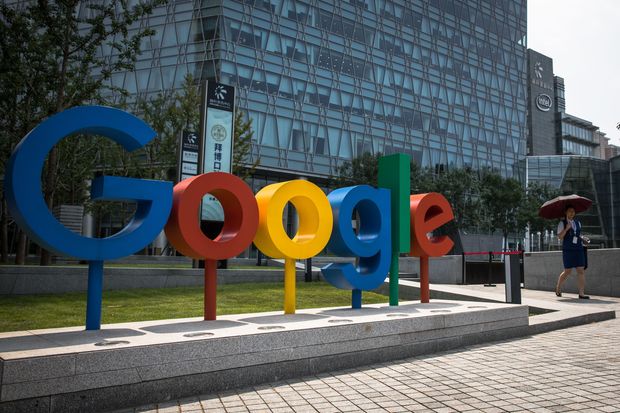 Google’s dominance of internet search and the related advertising business makes it an easy target.

In irony that surely won’t register in Washington, the latest crackdown on Google comes just as the internet giant is demonstrating—on its own—that it is far from invincible.

This comes six years after a similar probe from the Federal Trade Commission, which resulted in no significant damage to the company that powers more than 90% of the world’s internet search activity. The Wall Street Journal reported that the two agencies held recent discussions on who would get to oversee the latest effort as cracking down on Big Tech has become Washington’s cause du jour.

Google’s dominance of internet search and the related advertising business certainly makes it an easy target. The company garners more than 60% of the world’s search ad market, according to eMarketer. Its total advertising business has averaged 19% growth annually over the past decade and analysts expect advertising revenue to surpass $135 billion this year. That is almost twice the size of its nearest competitor,

And while market values have taken a drubbing across the board over the past month, Alphabet is still the world’s fourth most-valued enterprise, ranking below

Yet recent developments have demonstrated that even Google isn’t invulnerable. Alphabet’s most recent quarterly results showed a significant—and surprising—slowdown in Google’s ad business. That hurt the stock. Investors found the company’s clumsy explanation unsatisfactory. Amazon is also emerging as a potent advertising force in its own right as the company is now charging merchants for favorable placement in its massive online marketplace. Amazon generated $10.8 billion in revenue for its “other” category that is primarily comprised of advertising for the trailing 12-month period ended March, up 86% from the same period last year.

Analysts project Amazon’s ad business will more than double in size over the next two years, according to FactSet. Some of that will likely come at Google’s expense as some large ad buyers are reportedly shifting their budgets from one to the other.

Furthermore, Google’s dominance in search also hasn’t translated to other businesses the company has entered. Its Pixel smartphone has less than 1% of the global market despite Google’s home-field advantage of owning the operating system that powers 85% of the world’s handsets. And Google trails both Amazon and Microsoft by a wide margin in the fast-growing market for cloud computing services. Analysts believe Google’s cloud platform generated between $6 billion and $7 billion in revenue last year compared with $25.7 billion for Amazon’s AWS segment.

That, of course, won’t assuage broader concerns about Big Tech’s growing clout. Republicans have raised pressure on firms over alleged anticonservative bias. And the company will find little political cover on the other side of the aisle where some Democrats are also wary of Google’s influence.

In any case, regulators would do well to remember that past crackdowns on tech behemoths have come only after good old competition did their job for them.

Write to Dan Gallagher at dan.gallagher@wsj.com