A mother who’s a student at a Florida college said the school suspended her indefinitely over a photo of her and her fiance posing with guns, WJAX-TV reported.

But now Dia’mon Dallas is suing First Coast Technical College in St. Augustine along with its principal and assistant principal, the station said.

“Everything has just gone down the drain,” she told WJAX. “I really was trying hard in school. I was making As.”

Dallas said her fiance’s cousin, a veteran, was showing them how to use guns at a shooting range, the station reported. Anfernee Royster, her fiance, added to WJAX that he posted the photo on Facebook with the caption, “She’s my Bonnie and I’m her Clyde.” 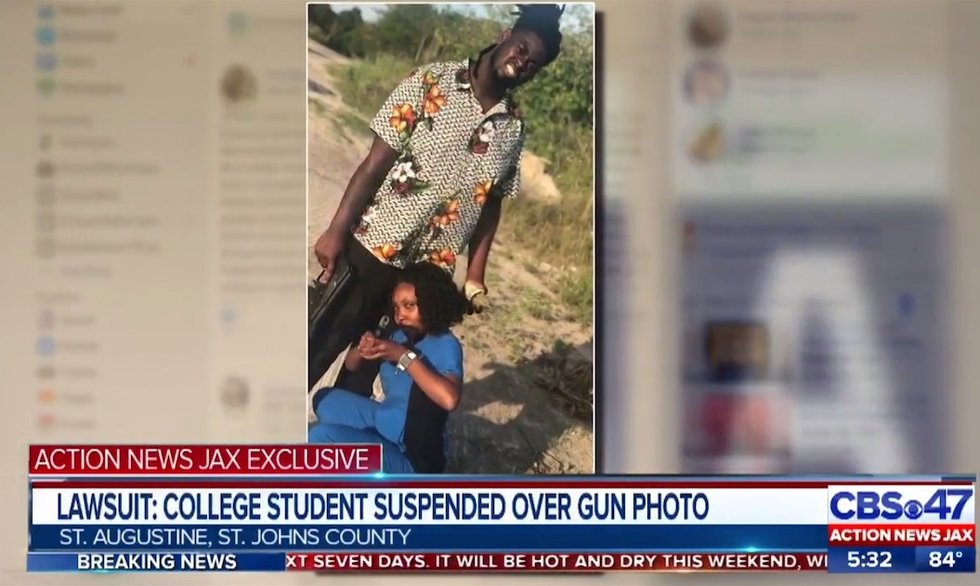 “What I mean is like, we’re together forever,” Royster told the station. “And I feel like the main thing was that we were getting stereotyped because of the color of our skin.”

Dallas told WJAX an administrator wouldn’t even allow her go into a classroom to get a crock pot she brought for a party — and that the administrator said she didn’t know what Dallas would do to other students.

“I can’t get a job, and I have a baby I have to support,” Dallas told the station. “I’ve been out of work long enough, and I wanted to do this to be able to provide for my family. And now I can’t.” 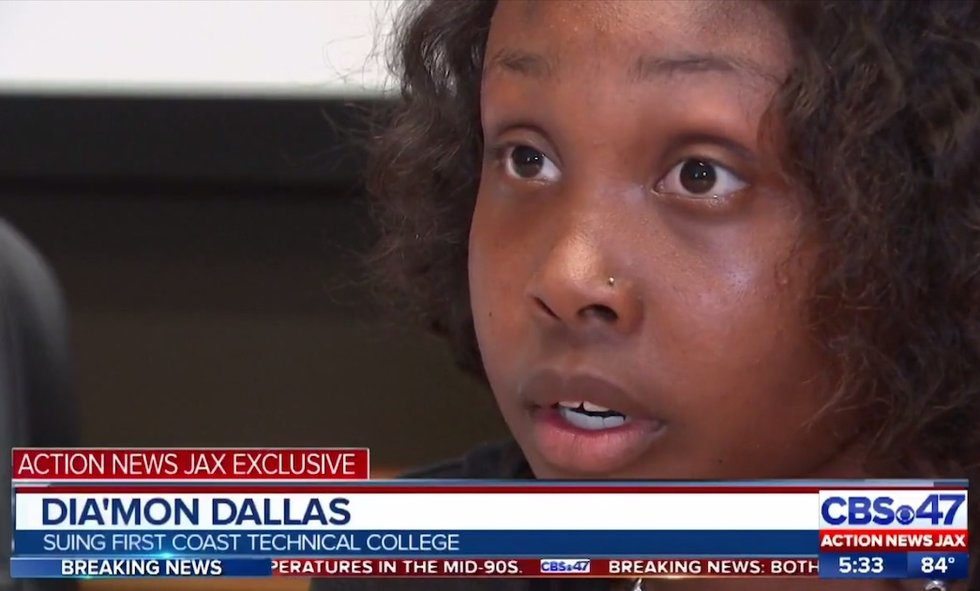 “Some people just don’t like guns,” Byrd told the station. “They feel threatened by firearms. But that’s why we have constitutional protections — to protect activities that other people might find uncomfortable or unpopular.” 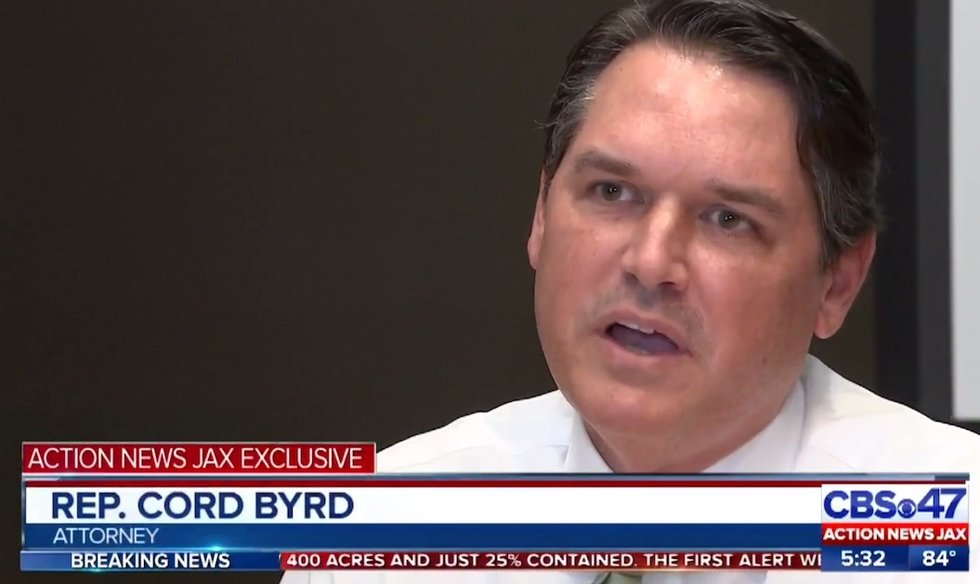 A school spokesperson told WJAX she couldn’t comment due to the pending lawsuit.