After the Trump administration formally denied requests from multiple United States embassies to hoist the LGBT flag in honor of “Pride Month,” several U.S. embassies and diplomatic missions are defying their orders.

The Washington Post reported that several U.S. diplomatic outposts are finding ways to defy, or at least show opposition to, orders handed down from Washington.

The facades of the U.S. missions in Seoul and Chennai, India, are partially hidden behind large rainbow flags, while the embassy in New Delhi is aglow in rainbow colored lights. The website for the embassy in Santiago, Chile, shows a video of the chief diplomat raising a rainbow flag last month for the International Day Against Homophobia, Transphobia and Biphobia.

The Vienna embassy’s website features a photo of a rainbow flag flying below Old Glory on a mast jutting from the building, a statement by Diplomats for Equality and a story about a professor lecturing on the visibility and growth of LGBT rights.

“This is a category one insurrection,” one anonymous diplomat told The Post. 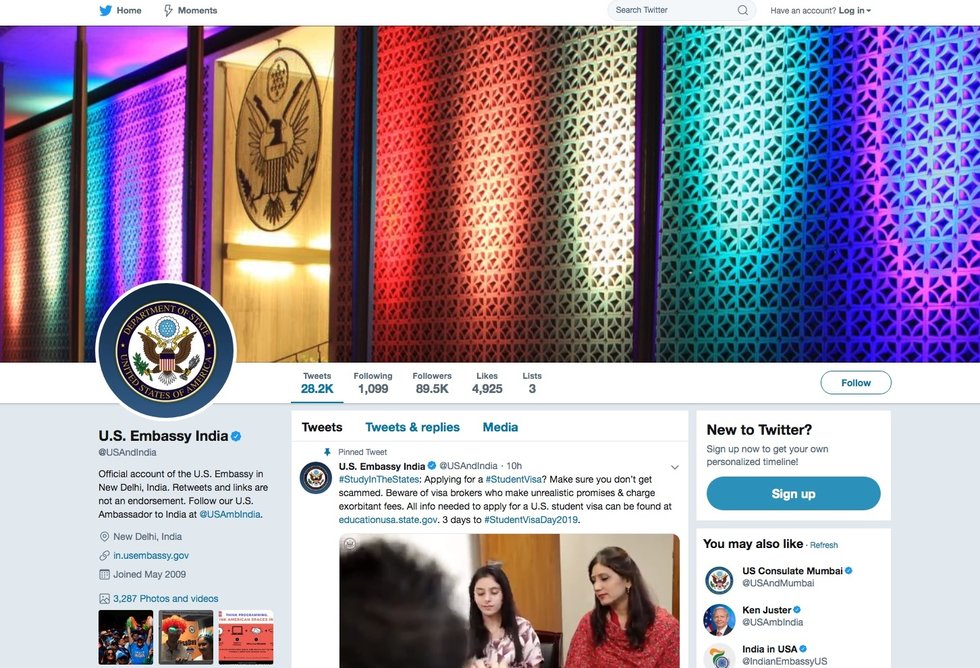 Several embassies — including in Israel, Germany, Brazil, Latvia, among others — requested permission to honor “Pride Month” by flying rainbow flags. The requests, however, were denied.

Now, if an embassy or American diplomatic outpost wants to promote LGBT rights, such as by flying a rainbow flag, they must obtain permission from the State Department’s Office of Management.

Despite the policy change, President Donald Trump became the first U.S. president to recognize “Pride Month” with an official statement.

Trump has also appointed two gay ambassadors during his tenure, Richard Grenell to Germany and Randy Berry to Nepal.