A helicopter crash-landed on the roof of a 54-story office building in Midtown Manhattan Monday, sparking a fire and killing the pilot, authorities said.

A call about the incident at the AXA Equitable Center on Seventh Avenue and West 51st Street came in shortly before 2 p.m.

A senior official told News 4 the pilot, identified by a manager at Linden Municipal Airport as Tim McCormack, had just dropped off a passenger at the East 34th Steet heliport, and may have been making his way back to the chopper’s base in Linden, New Jersey, when the crash occurred.

The NYPD confirmed the hard landing on the roof of 787 Seventh Avenue; it wasn’t clear why the chopper would have tried to land there, nor was it immediately clear who owned the chopper. 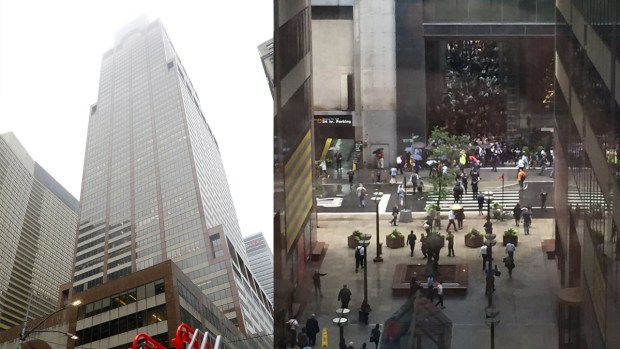 That path would have taken the helicopter up the East River, across Manhattan and then down the Hudson River past the Statue of Liberty. Officials are still unsure how the aircraft ended up flying over Midtown, or why it was flying in the poor weather conditions — which could have disoriented McCormack, the senior official said.

The airport manager, Paul Dudley, said that McCormack was highly trained and experienced, with intimate experience with the area. Dudley believes that McCormack chose to go to the roof to spare people on the ground. 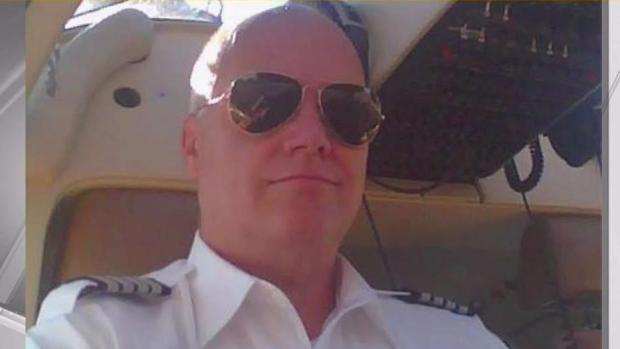 Police Commissioner James O’Neill said the chopper was airborne for about 11 minutes before crashing.

Mayor Bill de Blasio, in a briefing near the crash site just before 4 p.m., said there was no ongoing threat and no evident ties to terrorism. But he also said authorities did not yet know a cause for the crash. Both De Blasio and O’Neill said it was not clear if the chopper had permission to be flying in Midtown, given the flight restrictions usually in place in the area.

The Federal Aviation Administration said it was an Agusta A109E helicopter and a preliminary investigation indicated McCormack was the only person aboard. Air traffic controllers did not handle the flight, the FAA said, adding that the National Transportation Safety Board would lead the investigation. An NTSB investigator was expected at the scene Monday evening, and the agency is asking anyone who witnessed the crash to contact them. 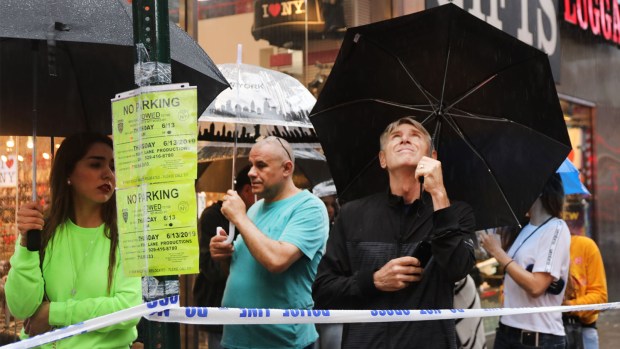 The first responder to the scene was FDNY Lieutenant Adrian Walsh, who confirmed the victim was dead when they arrived.

The hard landing and subsequent fire sent thick gray smoke billowing from the top of the towering building, which also houses offices for BNP Paribas, the French bank. The blaze was out within about 30 minutes, and the FDNY placed the three-alarm scene under control just before 4:30 p.m.

The NYPD shut down a broad stretch of roads all around the scene, with 42nd Street to 57th Street closed off for a few hours between Sixth Avenue to Eighth Avenue. Most roads were re-opened within a few hours.

Gov. Cuomo, who was in the area at the time, said from the scene that “at this point there is no indication” that the landing could be terror-related, though the FBI was responding as a precaution. Multiple city officials confirmed that as well.

Weather was poor at the time; at the time of the crash, the cloud ceiling height was around 600 feet, meaning it’s likely the top of the building was enshrouded in clouds, according to the National Weather Service.

A senior source tells News 4 that the passenger who was dropped off at the 34th Street heliport is Daniele Bodini, who was the former UN ambassador forthe small European country of San Marino.

President Trump tweeted about the crash, thanking first responders and adding “(the) Trump Administration stands ready should you need anything at all.” Officials confirmed Trump and Cuomo spoke after the crash.

The building that was hit and neighboring buildings were evacuated as a precaution — at least one person tweeted that he or she felt a building shake — and video posted to social media showed people standing outside in the rain. 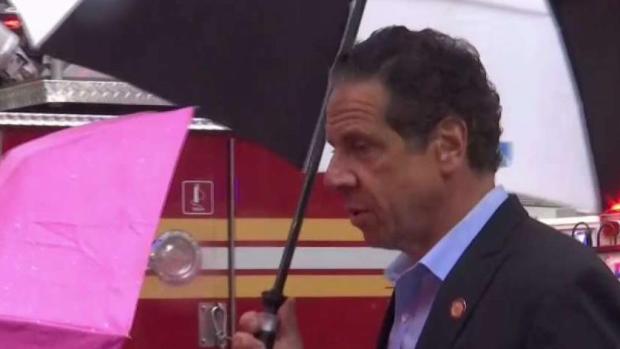 Wanda Tucker, who works in the building, tells News 4 she was on her way back from lunch when a co-worker asked if she felt the building shake. She said she didn’t — then seconds later, an announcement blasted over the loudspeakers advising everyone inside the building was being evacuated.

“We were a little anxious because the company that I work for, they were in the World Trade Center when we had that,” Tucker said, referencing the 9/11 terror attacks. “So it was like, real emotional. People just trying to get out of the building. I’m just happy to be out.” 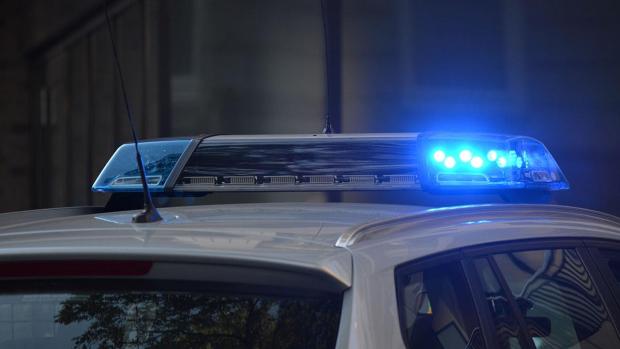 Rep. Carolyn Maloney renewed her call to end the use of non-essential helicopters in New York City in the wake of the crash.

“Today is one of the nightmares New Yorkers talk about,” Maloney said. “This pilot’s death is one too many. We cannot rely on good fortune to protect people on the ground. It is past time for the FAA to ban unnecessary helicopters from the skies over our densely-packed urban city. The risks to New Yorkers are just too high.”

Commonwealth Partners, which partially owns the building along with California public pension fund CalPERS, hung up when News 4 called for information. The high-rise was built in 1986.

There have been multiple incidents over the years with small aircraft hitting skyscrapers in Manhattan. In 2006, a plane carrying New York Yankees pitcher Cory Lidle hit a 40-story condominium tower on the Upper East Side.

In 1977, a helicopter crash on the roof of what was then the Pan Am Building killed five people.

Lula Back From Prison and Could Be Brazil’s Next President, Again…