Yolian Ogbu, elected SGA president this spring, posted the pair of photos last Wednesday — one of which shows her standing on a desk next to the Black Lives Matter flag mirroring its fist with a raised one of her own: 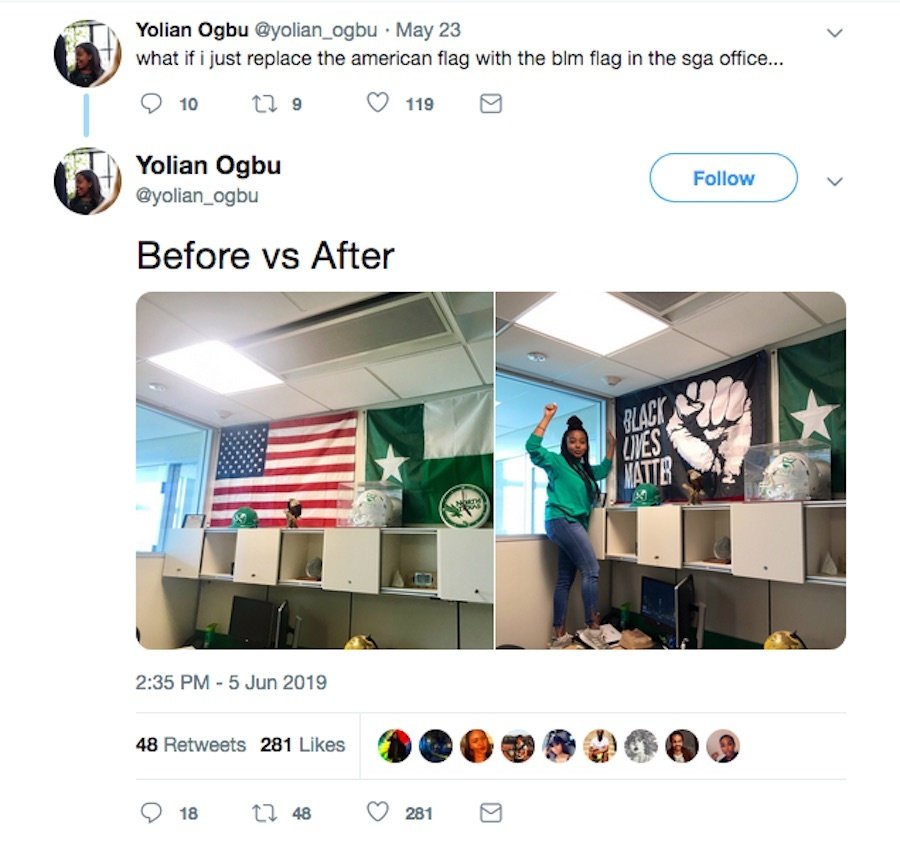 The photos followed a May 23 tweet from Ogbu saying: “what if i just replace the American flag with the BLM flag in the SGA office…”

As you might expect, Ogbu got kudos in some comments:

But others didn’t take her gesture so well:

What does the US Flag Code have to say?

The U.S. flag code says “the flag should never have placed upon it, nor on any part of it, nor attached to it any mark, insignia, letter, word, figure, design, picture, or drawing of any nature.”

Campus Reform reported that Ogbu, the SGA, and the University of North Texas media relations office didn’t respond to its requests for comment in time for publication.