A survey of hundreds of individuals with investable assets of $1 million or more reveals that the majority would support Sen. Elizabeth Warren’s (D-MA) plan to impose a wealth tax on millionaires and billionaires she has pledged to put in place if she is elected president of the United States. 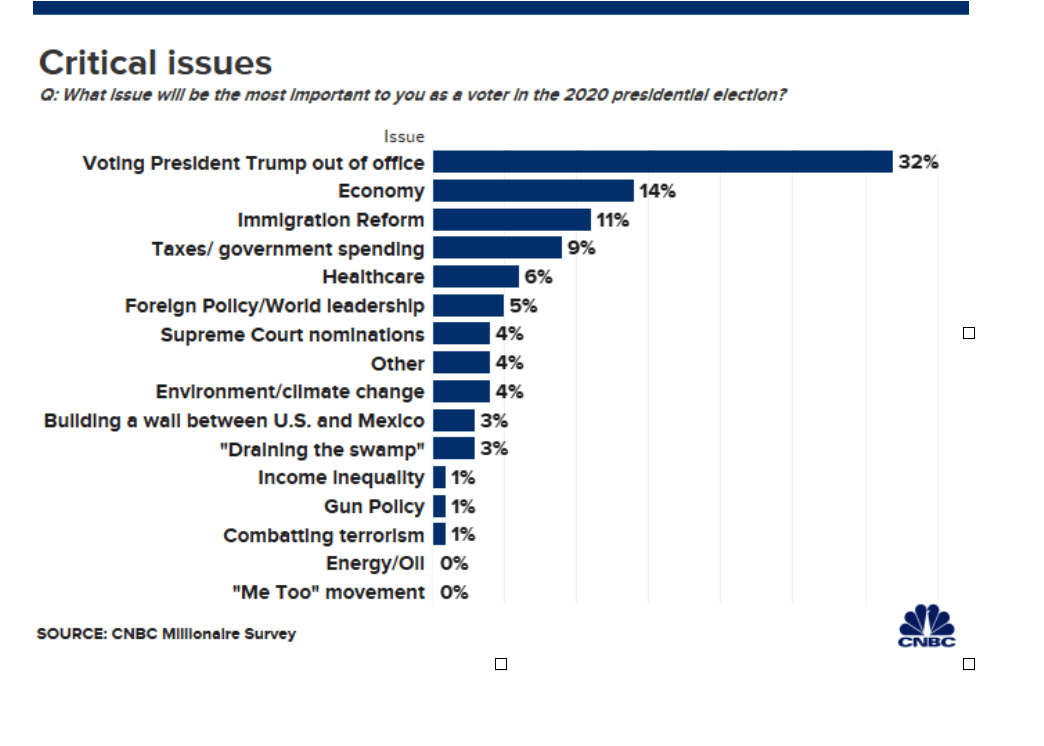 CNBC conducted the poll of 750 millionaires about Warren’s plan to put a two percent tax on wealthy people who have more than $50 million in assets and a three percent tax on those with assets of more than $1 billion, with 60 percent responding they would be okay with the new tax.

“The wealth tax is different from an income tax since it taxes a family’s total holdings every year rather than their income,” CNBC reported on its poll and noted that a majority of Americans also support a wealth tax.

But while CNBC reported that the reason for support of the tax could come from a “growing concern over inequality and soaring fortunes of the rich,” other statistics from the survey reveal a differing viewpoint.

According to the poll, when millionaires were asked, “What issue will be the most important to you as a voter in the 2020 presidential election?” only one percent said income inequality was an important issue.

The largest majority — 32 percent — said voting President Donald Trump out of office was the most important issue.

Climate change came in at four percent, while “gun policy” and “combatting terrorism” each got a one percent response.

“Energy/oil” and the “me too” movement each got zero percent.

Along party lines, 88 percent of Democrats support the wealth tax, 62 percent of independents support , and 36 percent of Republicans are in favor of it.

“A larger number of millionaires also support an income tax rate of 70 percent on those making more than $10 million – a suggestion floated by Democratic Rep. Alexandria Ocasio-Cortez,” CNBC reported. “And a majority support repealing the 2017 tax cuts on companies.”

“Over the years, we have seen that this population is willing to pay more,” said George Walper, president of Spectrem Group, which conducted the poll with CNBC.

Warren estimates her wealth tax would only apply to 75,000 of the richest families in America and would raise $275 billion a year.