Israel honors President Trump with ‘Trump Heights,’ a settlement in the Golan Heights

The settlement is called “Trump Heights” — or “Ramat Heights” in Hebrew — and essentially renames an existing settlement in Kela Alon that was built decades ago, the Wall Street Journal reported. Fewer than a dozen Israeli citizens live in the settlement, which sits just 12 miles from the Syrian border. 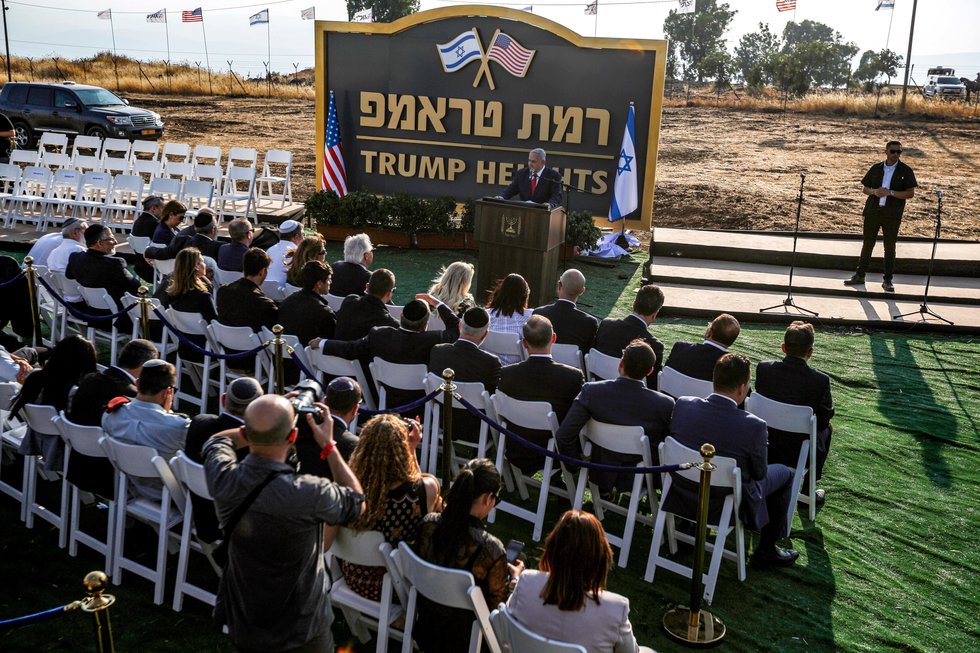 Netanyahu revealed the settlement during a meeting of his cabinet.

“We are going to do two things — establish a new community on the Golan Heights, something that has not been done for many years. This is an act of Zionism and it is paramount,” he said, according to the New York Post. “The second thing is to honor our friend, a very great friend of the State of Israel — President Donald Trump, who recently recognized Israel’s sovereignty over the Golan Heights.”

David Friedman, the U.S. ambassador to Israel, was also at the event. He said, “I can’t think of a more appropriate and a more beautiful birthday present.”

Netanyahu’s announcement came just months after Trump gifted the Israeli leader with a major political win: when he recognized Israeli’s sovereignty over the Golan Heights.

The move was internationally condemned, and did not generate any worldwide support. The international community maintains that Israel has illegal control over the Golan despite winning control over the the majority of the land during the Six-Day War in 1967. Israel officially annexed Golan in 1981.

After the settlement was unveiled, Trump thanked Netanyahu for the “great honor.”