[What you need to know to start the day: Get New York Today in your inbox.]

Paul J. Manafort, President Trump’s former campaign chairman who is serving a federal prison sentence, had been expected to be transferred to the notorious Rikers Island jail complex this month to await trial on a separate state case.

But last week, Manhattan prosecutors were surprised to receive a letter from the second-highest law enforcement official in the country inquiring about Mr. Manafort’s case. The letter, from Jeffrey A. Rosen, Attorney General William P. Barr’s new top deputy, indicated that he was monitoring where Mr. Manafort would be held in New York.

And then, on Monday, federal prison officials weighed in, telling the Manhattan district attorney’s office that Mr. Manafort, 70, would not be going to Rikers.

Instead, he will await his trial at a federal lockup in Manhattan or at the Pennsylvania federal prison where he is serving a seven-and-a-half-year sentence for wide-ranging financial schemes, according to people with knowledge of the matter.

The intervention of Mr. Rosen was just the latest twist in the case of Mr. Manafort, whose campaign work for Mr. Trump and political consulting in Ukraine put him in the cross hairs of a two-year investigation into Russian influence in the 2016 election.

He was convicted last year of financial fraud in two separate federal cases that came out of the investigation, which was led by the former special counsel, Robert S. Mueller III.

While that might have been the end of his criminal problems, in March, he was indicted on 16 New York state felonies, including mortgage fraud and falsifying records to obtain millions of dollars in loans. The indictment, which was based on some of the same actions in one of the federal cases, was brought by the office of the Manhattan district attorney, Cyrus R. Vance Jr., in an effort to ensure Mr. Manafort would still face prison time if Mr. Trump pardoned him for his federal crimes.

Mr. Manafort is set to be arraigned next week in State Supreme Court in Manhattan.

He had been expected to be held on Rikers Island, which has long been plagued by violence and mismanagement, prompting efforts to close it. Officials there had said Mr. Manafort likely would have been held in protective custody for his own safety, isolated from the general population and under heavy guard.

Federal prison officials told Manhattan prosecutors on Monday that Mr. Manafort had been transferred to the Metropolitan Correctional Center, a federal detention center in Lower Manhattan, in anticipation of his arraignment, according to a person with knowledge of the matter.

He could be held there while he awaits trial, or he could return to the federal prison in Loretto, Penn., where he is serving his sentence, and be brought to New York for pretrial hearings, according to the people with knowledge of the matter.

The former Justice Department officials and current state prosecutors, who regularly handled the transfer of federal inmates to state custody, said they were surprised that the second-highest official in the Justice Department would take an interest in the case. The decision is usually made by the warden at the prison where the inmate is being held.

Justice Department officials were unable to say who made the decision in Mr. Manafort’s case; the Bureau of Prisons, which is part of the Justice Department, did not respond to a request for comment.

Todd Blanche, a lawyer for Mr. Manafort, acknowledged that the involvement of the deputy attorney general and the decision not to hold his client on Rikers was atypical. But he said the case itself was also unusual: Mr. Manafort, he argued, should not be facing state charges for behavior that was the subject of two federal convictions.

“You’ll find no example of someone like Mr. Manafort being prosecuted by the feds and then by the district attorney for exactly the same conduct,” Mr. Blanche said.

A spokesman for Mr. Vance’s office declined to comment. 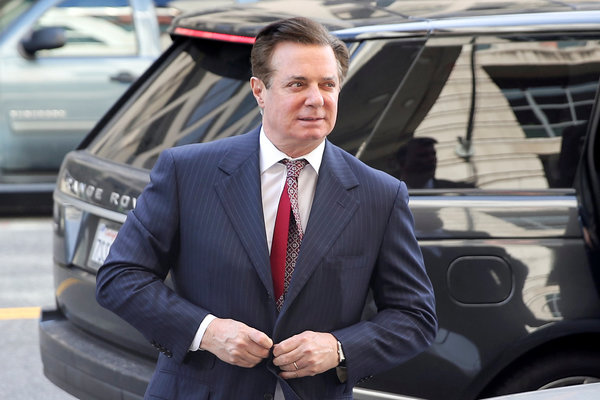 Paul Manafort to Be Sent to Rikers, Where He Will Be Held in Isolation 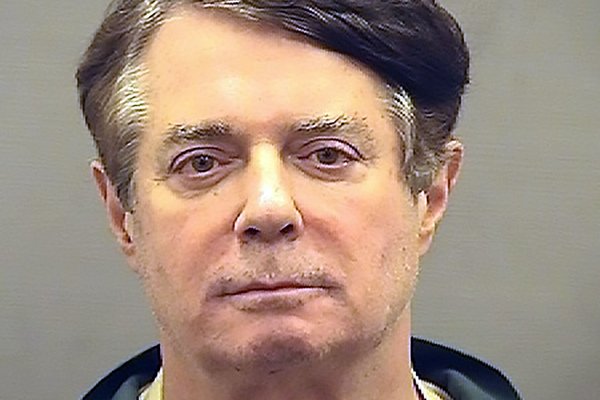 The question of Mr. Manafort’s detention was one of the first high-profile matters to be undertaken by Mr. Rosen, who was confirmed as the deputy attorney general on May 16, one day before Mr. Manafort’s attorney asked the Bureau of Prisons to keep his client out of Rikers.

In the weeks after his client was charged, Mr. Blanche objected to Mr. Manafort being held at Rikers. In a May 17 letter, he asked the warden at the federal prison in Pennsylvania not to approve New York’s request that Mr. Manafort be transferred to state custody, citing his age and health issues.

In the letter, a copy of which was reviewed by The New York Times, Mr. Blanche also criticized the charges against his client, arguing that they were “a blatant violation” of New York’s double jeopardy laws and calling the case “politics at its worst.” The district attorney’s office has said it is confident the charges will stand.

While Mr. Blanche’s letter indicated that copies were sent to Mr. Vance by email and registered mail, other correspondence and people with knowledge of the matter indicated Mr. Vance’s office did not receive the letter.

Instead, Mr. Rosen wrote to Mr. Vance last week, asking whether his office was going to respond.

Mr. Vance replied on Friday, dismissing what he called Mr. Blanche’s “gratuitous claims” that the prosecution was politically motivated and violated double jeopardy protections. He said those arguments were irrelevant to a routine discussion about where Mr. Manafort would be held.

In his letter, Mr. Vance said New York prosecutors took no position on whether Mr. Manafort should be held at Rikers, but that keeping him in Pennsylvania did not appear to be a legitimate option under the law and was not consistent with how other inmates had been treated.