The Renton Library in Washington state held a Saturday “pride celebration designed by teens for teens,” the
Christian Post reported.

According to the event
site, it also was geared toward “tweens” (i.e., pre-teens) and included “Safer sex presentations! A drag show! Free swag! Free binder raffle!” — and that it would be “the most rainbow filled fun you can imagine!” 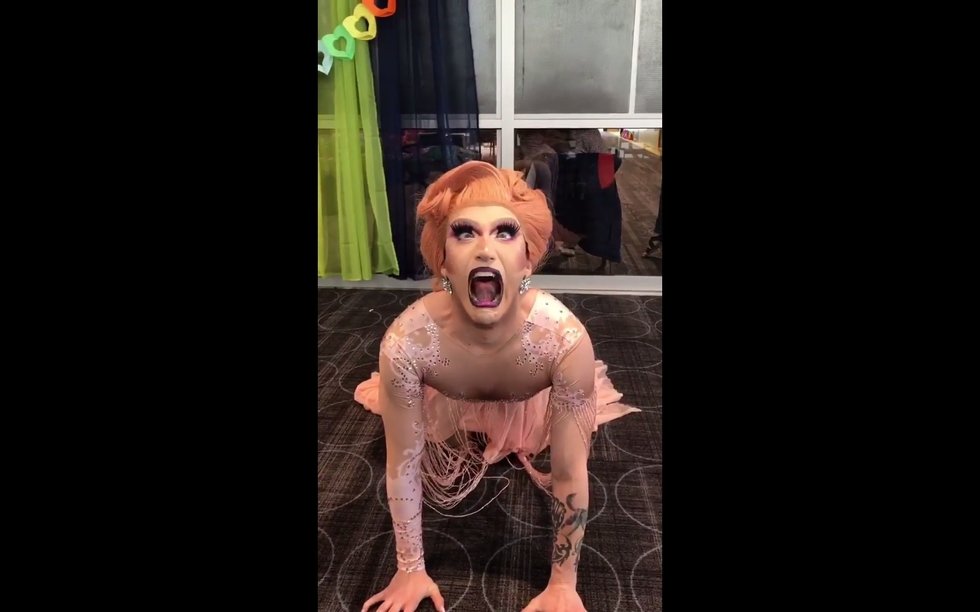 Chest binders are used to
flatten breasts and are often employed by transgender females: 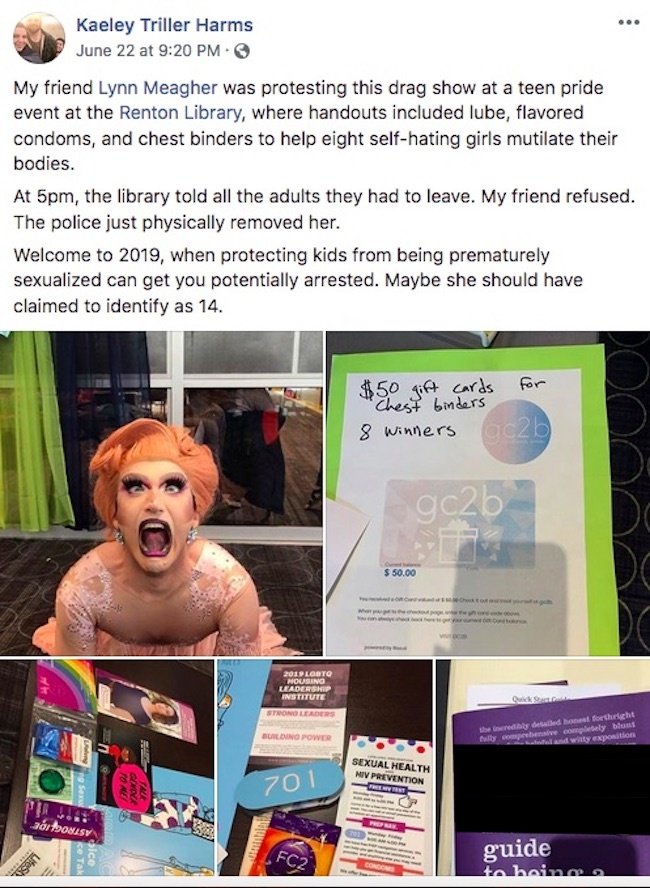 Harms’ post also said at 5 p.m. the “library told all the adults they had to leave” and that her friend, Lynn Meagher — who had been protesting the event — “refused.” With that, Harms said “police just physically removed her.”

“Welcome to 2019, when protecting kids from being prematurely sexualized can get you potentially arrested,” Harms added. “Maybe she should have claimed to identify as 14.”

Referring to the above clip, she asked, “Any guesses what these guys did with the kids once the grown-ups were out of the way?” Harms also noted that the video was partially muted due to Facebook copyright issues with the music and that it occurred before the library “kicked the adults out via police escort.”

And she added another drag clip:

For the above clip, Harms noted: “I’ll probably take some heat for this, but I don’t really care. This is what demonic possession looks like. (Watch until the end.) And people are celebrating it at Teen Pride at the Renton Library.” She added, “Calling this man names like ‘freak’ are not going to help. He’s a lost soul, and it’s sad. He doesn’t need more hatred. But he does need to know we won’t continue to allow this to be normalized and celebrated by our kids.”

The crowd cheered both performances.

What did the library have to say?

Neither the relations specialist nor the community relations & marketing director for the King County Library System replied Monday to a request for comment from TheBlaze regarding the claim that lubrication and flavored condoms were handed out, that adults were told to leave at 5 p.m., and that police removed a woman protesting the event who wouldn’t leave.