A Massachusetts public school teacher is out of job after a student complained the teacher showed him an image of a gun during class as retaliation,
WBTS-LD reported.

“I’ve never had an experience with a teacher like this,” an 18-year-old who just graduated from Newton South High School told the station on the condition his identity wouldn’t be revealed. WBTS also said it altered the former student’s voice during an on-camera interview.

The former student told the station he and a classmate complained to the school about the classroom behavior of English teacher Deven Antani. 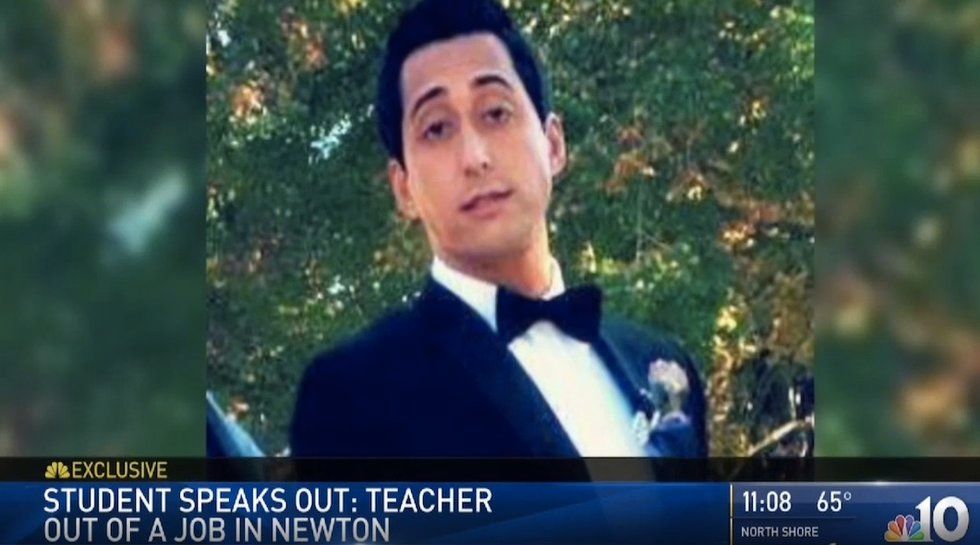 “He was very inappropriate throughout the entire year,” the former student added to WBTS, which didn’t offer specifics about what defined “inappropriate” in this case.

After speaking to the school about Antani, the anonymous former student told the station Antani approached the pair during class in late May.

“He took out his phone and showed us a picture of his firearm, and he described it as a Ruger, and he said that his wife was getting a Glock, and he couldn’t wait until he could bring it to school,” the former student noted to WBTS, saying he took the action as a threat or retaliation for complaining about Antani to the school.

With that the two students got up, left the room, and told another teacher, the station reported, adding that Antani was placed on leave afterward.

“Ensuring the safety of students in the Newton Public Schools is a top priority,” the district said in a statement obtained by
Yahoo Lifestyle.

Newton Police told the station no charges will be filed against Antani.

“What was brought to [the officer’s] attention did not level to a crime,” Newton Police Department Lieutenant Bruce Apotheker told Yahoo Lifestyle.

Teacher of the Year semifinalist

Not long ago Antani was lauded for his educational performance, as he was a 2016 semifinalist for Teacher of the Year while working in a different school district in the state.

In addition, a Twitter user who seems to have been one of Antani’s students in 2018 posted a photo with him at an apparent graduation.

“Happy bday to my OG role model … who also literally created the words of my tattoo. The man. The myth. The legend, @MrAntani,” the post read. “Thanks for being like family to me when I needed it the most.”

What else did the complaining former student have to say?

Antani did not respond to requests for comment from WBTS or from Yahoo Lifestyle.