Miller played a clip from an interview Rapinoe gave with MSNBC host Rachael Maddow where the athlete complained that she didn’t get paid enough and that the conversation “wasn’t even about equal pay anymore.”

Miller explained that Rapinoe struggled to make a coherent point and that what Rapinoe had failed to understand was that there is more to being a highly paid athlete than ticket sales. It is about the fans, ticket sales, and building the brand.

He added that “Rapinoe had a long way to go before making it to the upper echelon of highly paid pro athletes.”

Miller pointed to analysis published in the Federalist that stated: “They are still working towards building up a national fanbase that will consistently buy tickets to their games, purchase their gear, and watch their televised games. Success depends on appealing to a much wider portion of the population than they currently do. Their strategy to accomplish this? Galvanize a small portion of America who believes protesting the anthem is patriotic, and they repel half the country.” 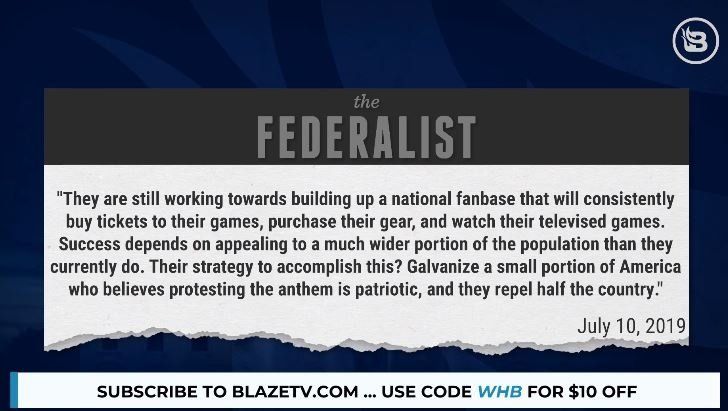 Miller explained that Rapinoe alienated a huge portion of her potential fan base when she chose to kneel during the National Anthem. She continued to limit branding opportunities when she made the decision to sue the women’s soccer league over equal pay.

Miller asserted that sports fans want to follow athletes who are patriotic and highly skilled at their craft, not an “anti-American hobbit.”

This INSANELY accurate Dr. Fauci impression is everything you need today