Tiffany Allen and Angel Lane have been together for seven years and are planning to tie the knot — and Lane found a garment she wanted for the wedding.

So Allen contacted New York-based company D. AUXILLY to get payment information, but designer Dominique Galbraith wrote back saying she couldn’t make the garment for a same-sex wedding because it’s against her Christian faith, KTVI-TV reported.

“I wouldn’t be able to make a piece for a same-sex wedding,” the designer’s response reportedly read. “It goes against my faith in Christ. I believe Jesus died for our sins so that we would live for him according to His Holy Word. I know you both love each other and that this feels right but I encourage you both to reconsider and see what the Lord has to say and the wonderful things He has in store for you both if you trust and obey Him.” 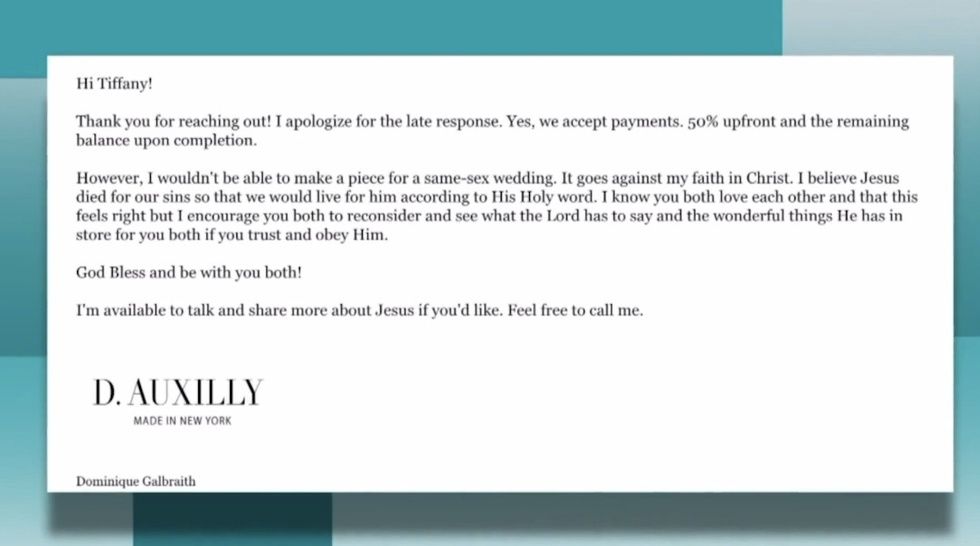 Long posted about the exchange on Facebook. It isn’t certain how the designer knew the desired garment was for a same-sex wedding, but Long’s post includes a screenshot of what appears to be Allen’s inquiry email to the designer — and Allen signs her full name and makes reference to Lane being a woman.

The designer’s response ends with “God Bless and be with you both!” and “I’m available to talk and share more about Jesus if you’d like. Feel free to call me,” according to Long’s post.

How is the couple reacting?

Now the St. Louis couple told the station they’re planning to file a formal complaint against the company and are considering filing a lawsuit.

“I have friends that are Christians,” Lane told KTVI. “I know people from so many walks of life, and none of them are hateful toward me and my fiance.” 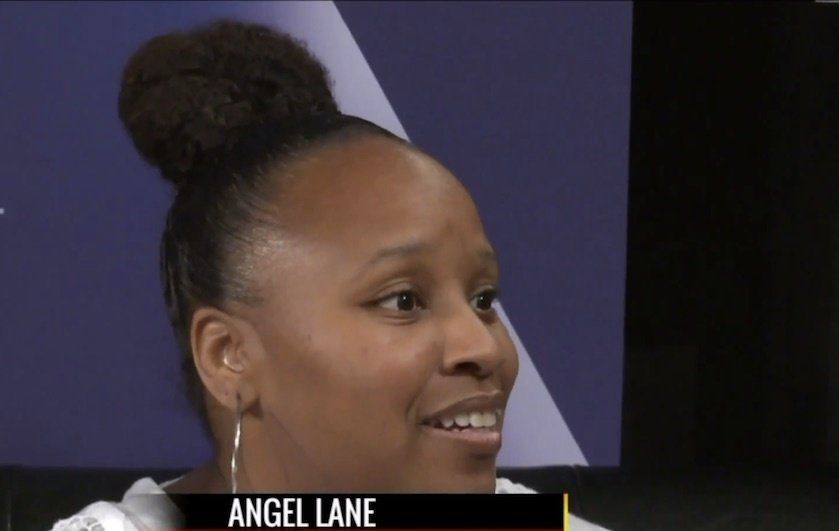 She added in her Facebook post that the “discrimination” in this case came from “a woman of color.” 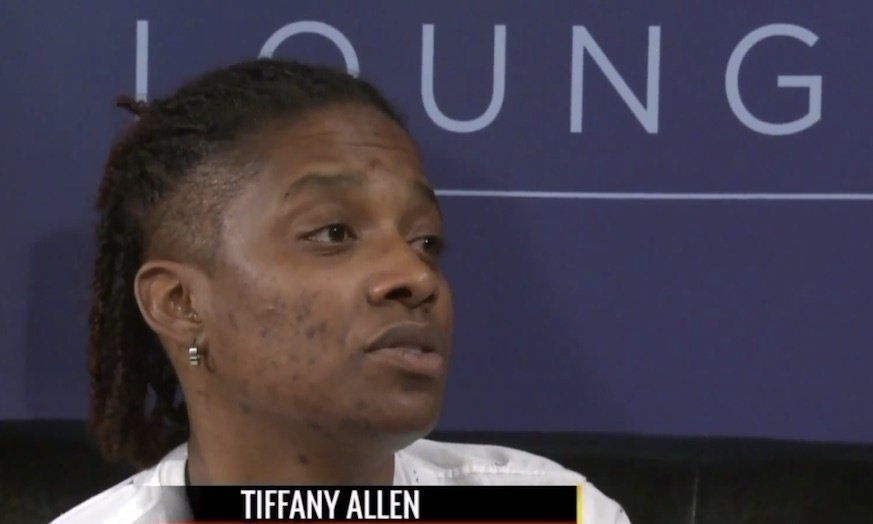 What does a legal expert have to say?

Marcia McCormick, a professor with the St. Louis University School of Law, told KTVI said the company is violating the law.

“The dressmaker is violating New York State law that prohibits discrimination on basis of sexual orientation,” McCormick added to the station. 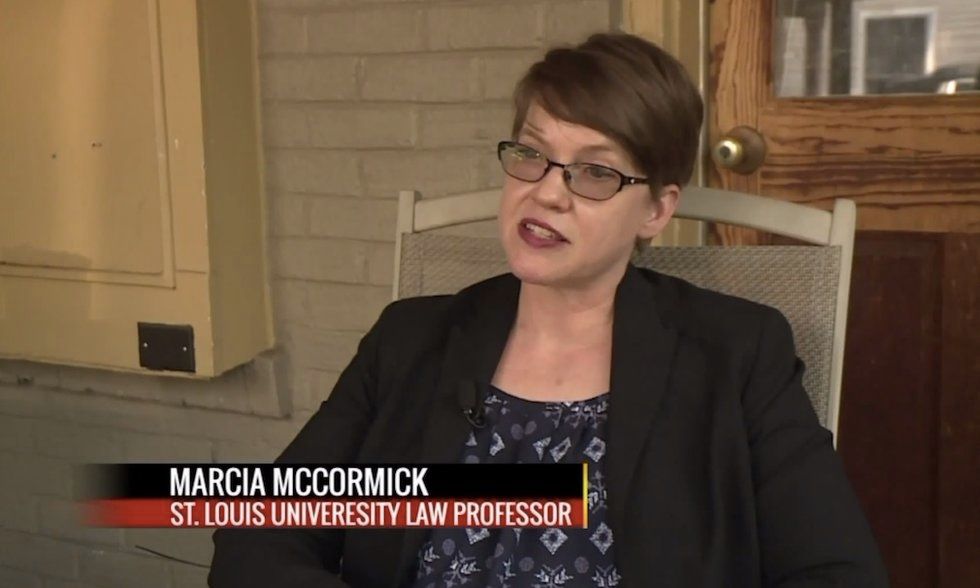 The professor also told KTVI that while Missouri’s laws prohibit discrimination, sexual orientation isn’t factored in — but the laws of New York where the designer is based would apply.

The station said it reached out to D. AUXILLY for comment through email, phone, and social media but didn’t immediately hear back with the company’s side of the story.