Authorities say a widespread power outage in Manhattan has left businesses without electricity and subway stations without power.

Con Edison says the number of customers affected by the outage is up to approximately 42,700. They say company crews are working to repair the problem.

Power went out early Saturday evening in the Hell’s Kitchen, Upper West Side and Midtown West areas of Manhattan, according to the Con Ed Outage Map. 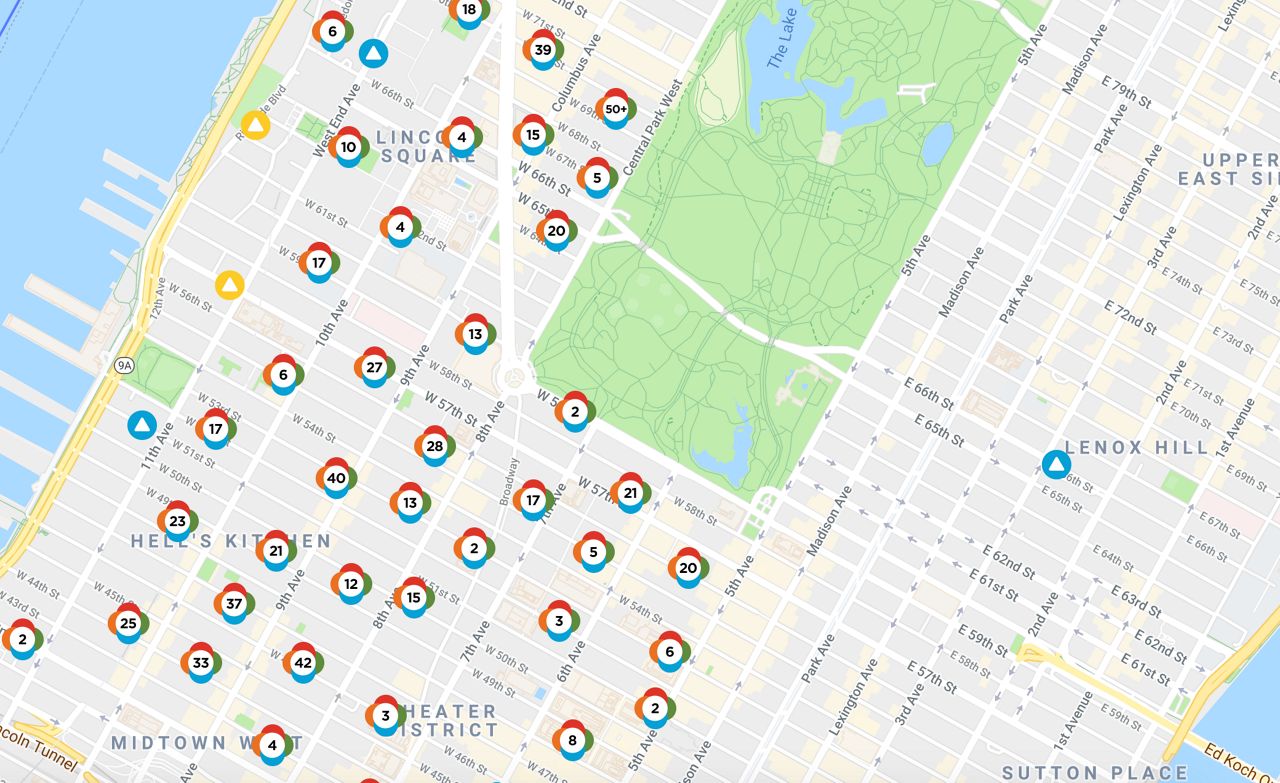 Just after 10 p.m., City Council Speaker Corey Johnson said the CEO of Con Ed told him that six sections of power were knocked out for effective neighborhoods, and that two of the sections had had power restored.

UPDATE: I just spoke to CEO of ConEd…

6 sections of power were knocked out for effected neighborhoods.

The other 4 sections should be back up in the next two hours!

Thanks for your patience New Yorkers!

In a phone call to NY1, Governor Andrew Cuomo said preliminary info indicates there was a fire at a substation that triggered three other substations “to either go offline or to have a difficulty.”

While Con Edison works to restore power in Manhattan, we encourage everyone to avoid below-ground subway stations.

We will continue to provide updates as soon as we have more information.

Your safety is our top priority. If you need emergency assistance, please call 911. pic.twitter.com/LsbgEih5BQ

The power outages impacted Saturday night’s Broadway shows. Per City Council Speaker Corey Johnson, all but three theaters closed due to the outages.

Per @NYPDTimesSquare,
All Broadway theaters are closed due to the blackout except for the Winter Garden Theater, Nederlander Theater, and Lyceum Theatre. Please check with your venue for further details.

A tourist friend sent me this picture from Midtown Manhattan. He had tickets for King Kong. All Broadway shows have been cancelled. #poweroutage #Blackout pic.twitter.com/XgSoHbAqEO

Madison Square Garden also confirmed that a Jennifer Lopez concert in the arena was forced to end early due to power issues, something that was widely reported on social media.

Due to power outage issues in parts of Manhattan, which included Madison Square Garden, tonight’s Jennifer Lopez show was forced to end early. We will follow up with ticket buyers to tonight’s show with more information as soon as we have it.

The outage comes on the 40th anniversary of the 1977 New York City outage that left most of the city without power.