The average illegal alien in the United States has lived in the country for 15 years, a new analysis finds.

The latest research by Pew Research Center reveals that, of the roughly 11 to 22 million illegal aliens living in the U.S., the average illegal alien has lived in the country for 15 years — imposing an enormous financial burden on American taxpayers. 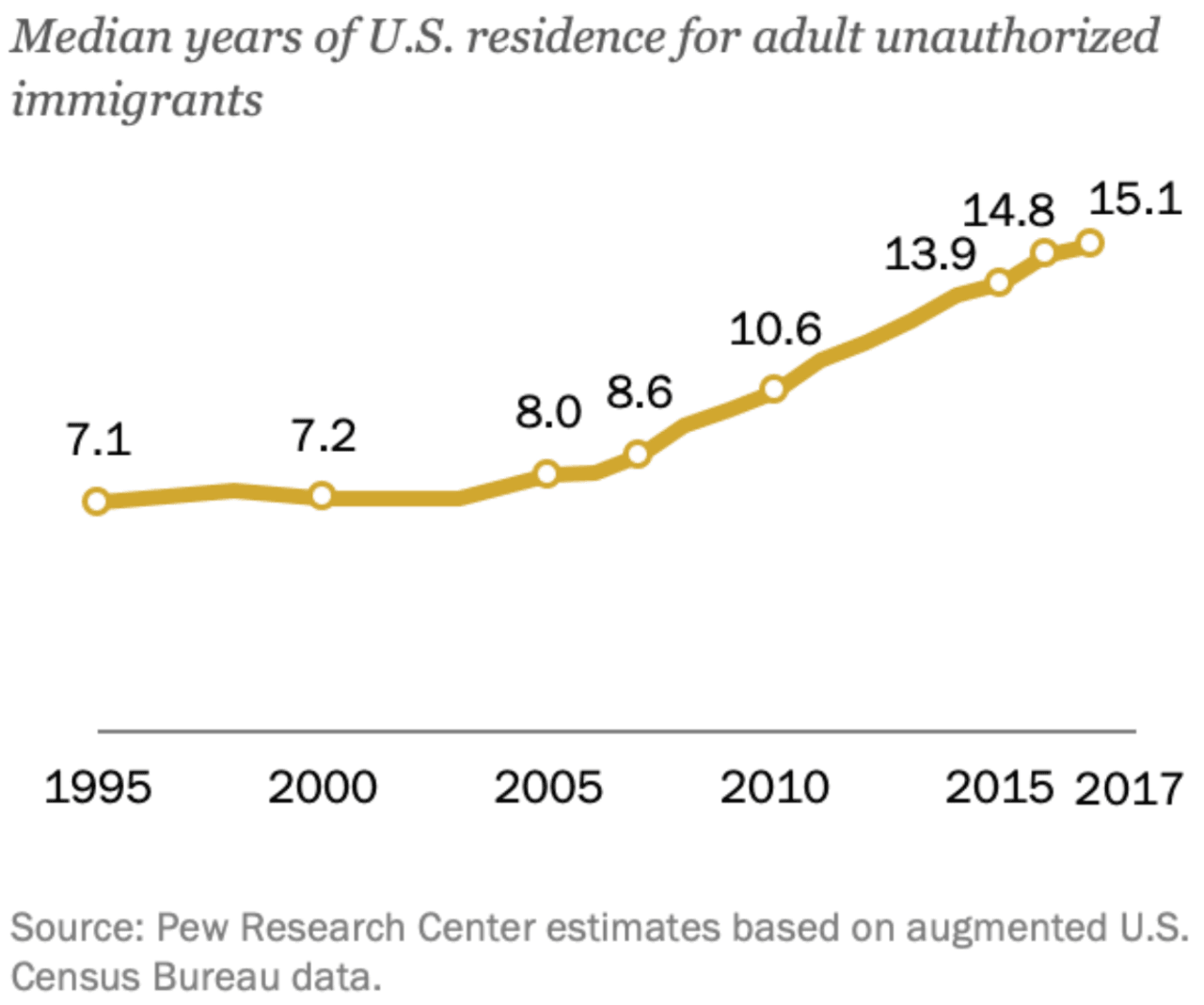 The research uncovers the level to which the Immigration and Customs Enforcement (ICE) is overburdened with being tasked with deporting all 11 to 22 million illegal aliens — a job that is severely limited due to their lack of resources.

As Breitbart News reported, the cost of illegal aliens to American taxpayers over a lifetime is about $746.3 billion. Compare this to the cost of a single deportation, which is about $10,854 per illegal alien based on Fiscal Year 2016 totals.

Overall, deporting every illegal alien in the country would amount to a cost savings of about $622 billion over the course of a lifetime. This indicates that deporting illegal aliens is six times less costly than what it costs American taxpayers to currently subsidize the millions of illegal aliens living in the U.S.

The Trump administration has attempted to conduct mass deportations and ICE raids over the last month, though much of the operations have been allegedly plagued by leaks out of the Department of Homeland Security (DHS), sources tell Breitbart News, that put ICE agents at risk and tip off illegal aliens and sanctuary cities.

Van Jones: Biden ‘Put a Banana Peel’ in Front of Trump and Watched Him ‘Fall’