The administration of Reading, Pennsylvania, has been accused of discrimination after Mayor Wally Scott canceled a gay pride flag-raising ceremony at city hall on Monday, WFMZ-TV reported.

“People don’t realize how many people come here looking to put up flags for movements and stuff, and I’m just not part of that, and I don’t think we should be,” the Democrat added to WPVI-TV. 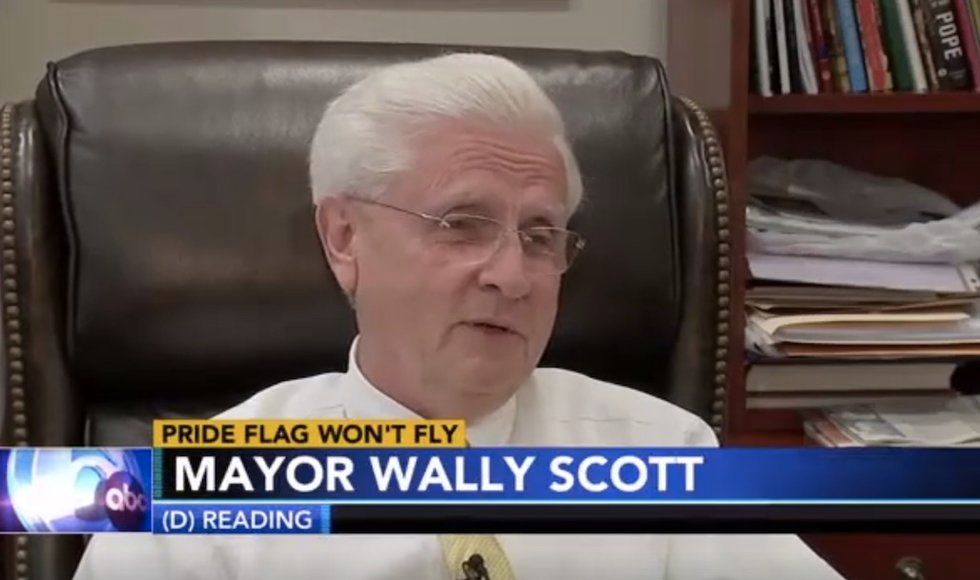 What did the LGBTQ community have to say?

The LGBT Center of Greater Reading issued a statement saying “what was supposed to be a proud and historical moment” turned into “a show of blatant, unacceptable discrimination.”

“We are not a cause,” the statement added. “We are human beings protected by an anti-discrimination ordinance in the City of Reading.”

What else did the mayor have to say?

Scott said he didn’t know about the ceremony until moments before start time, which is why it was canceled at the last minute, WPVI reported. Rocker Gene Simmons fights back tears at Pentagon talking about how late mother loved US: ‘America is the promised land’