Critics of Rep. Rashida Tlaib (D-Mich.) circulated an obscene tweet posted by her from 2015 that undermined the liberal narrative that deportation is a racist policy by white supremacists.

The tweet ready simply, “deport this a**hole!” with a link to an article about then-candidate Donald Trump’s call to ban Muslims from traveling to the United States after a terror attack in San Bernardino, California.

The tweet was shared widely after resurfacing on Tuesday. 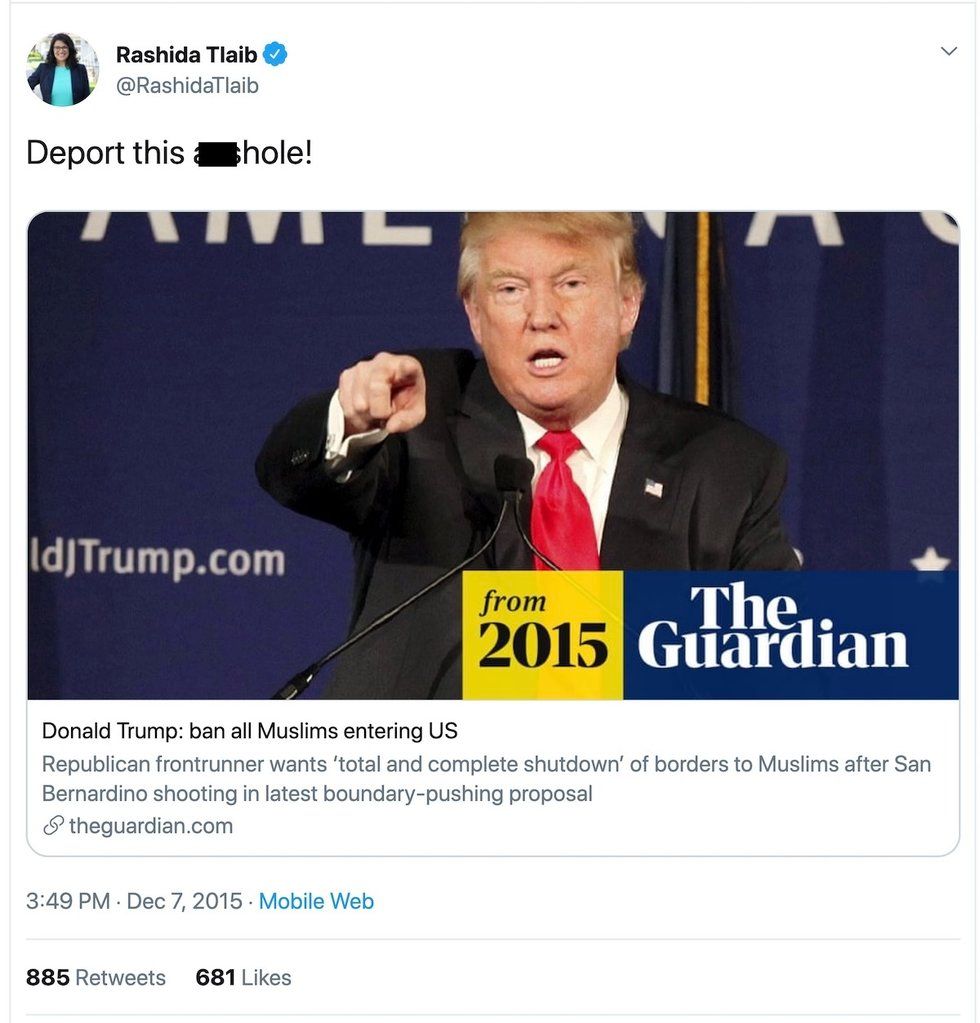 Tlaib was among the four female progressive members of Congress who were told by the president to “go back” to their countries of origin despite only one being an immigrant.

In a media briefing widely covered by the mainstream media, she and the other Democrats castigated the president for the insult.

“Sadly, this is not the first, nor will it be the last time we hear disgusting, bigoted language from this president,” said Tlaib during the media briefing. “We know this is who he is.”

Rep. Ilhan Omar (D-Minn.) also faced online ridicule on Tuesday after an old tweet surfaced where she told someone that they should be deported to where they came from.

Here’s the latest in the “go back” controversy: