Deli owner gives ‘free side’ to customers who say ‘send her back.’ Now human rights group wants to rally after ‘hateful message.’

John Canesa — owner of Canesa’s Brooklyn Heros deli in Clayton, California — hopped on his personal Facebook page recently and made customers an offer with political overtones.

“Meatballs made with beef today in case we offend any of our overly sensitive pork haters!! Free side when you say send her back! #canesasbrooklynheros,” the post read, KTVU-TV reported. 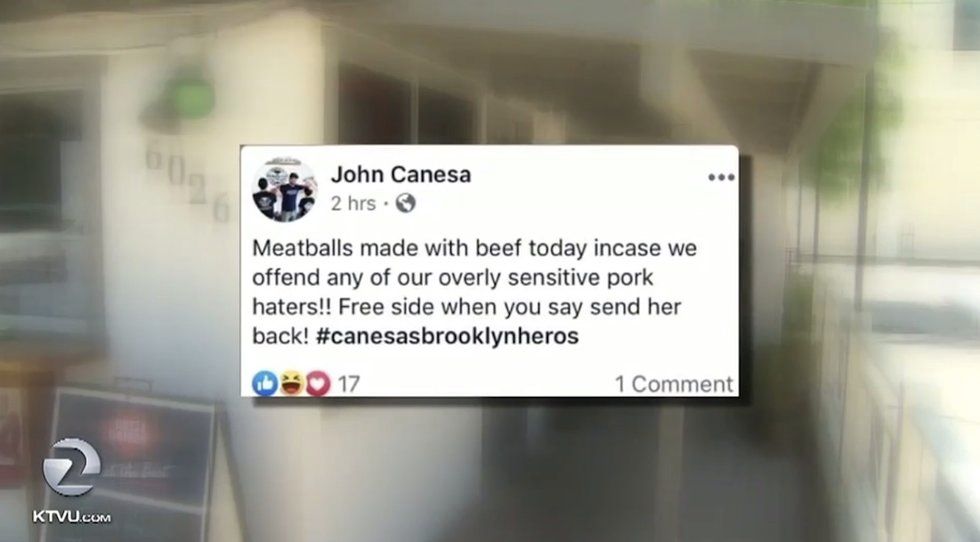 Canesa’s “send her back” offer presumably refers to the controversial “send her back” chant that rose up against Rep. Ilhan Omar (D-Minn.) after President Donald Trump criticized her at his North Carolina rally last week.

Previously Trump was accused of racism after he challenged progressive Democratic congresswomen who criticize America to “go back” to the countries “from which they came.” Omar — who was born in Mogadishu, Somalia — was one of the president’s apparent targets along with Reps. Alexandria Ocasio-Cortez (D-N.Y.), Rashida Tlaib (D-Mich.), and Ayanna Pressley (D-Mass.), who were born in America.

Clayton Mayor Tuija Catalano — who is foreign born, KTVU said — called out Canesa for his words.

“I am very saddened to have seen a FB post by the owner of local deli this morning. We all have rights to our own political, religious, and other opinions. We all have a right to post about them, too,” she noted on Facebook. “However, there is no place in our community for hatred and bigotry. When hateful comments are being promoted as part of a local business, they reflect on our community’s reputation. As an an elected official, who is also a woman and foreign-born, I personally find a comment about sending anyone back over their political opinions unacceptable.”

Members of East Bay Human Rights Advocates echoed Catalano, saying on Facebook that they “strongly condemn the comments made by Mr. Canesa, and further ask that he apologize to our community for his hateful message and further division in an already divided nation,” KTVU said.

The human rights group also said it had planned a Saturday rally in town to promote tolerance and inclusivity, the station said. But the Mercury News reported that the group postponed the rally after threats of a counterprotest and that it was waiting to reschedule the rally “once we receive assurance from the City and police that our activists will be kept safe.”

Clayton Police Chief Elise Warren told the paper her department couldn’t verify any planned counterprotest or threat to the East Bay Human Rights Advocates’ rally but that police would be monitoring the situation. 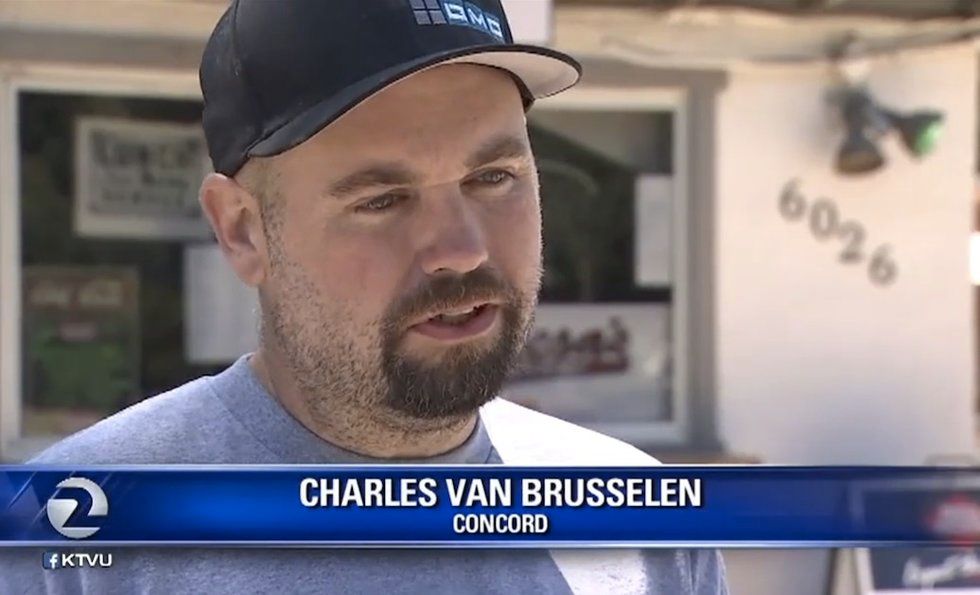 Longtime deli customer Matt Ghirardo added to the station, “If you don’t like somebody’s opinion don’t come here, but you don’t have to get on social outlet and write all these negative comments. This is good food, this guy has been in business for a long time.”

What else did Canesa have to say?

KTVU reporter Sara Zendehnam tweeted that she spoke to Casena, who said he’s “a father of 3 and has been dealing with threats” since his post.