“I don’t think we need to give a permit for anything that when you go to the [group’s Internet] page it talks about whiteness, it talks about western civilization, it talks about being Caucasian,” Ah You told KOVR-TV. “That’s all hate crime stuff to me; that’s not OK.” 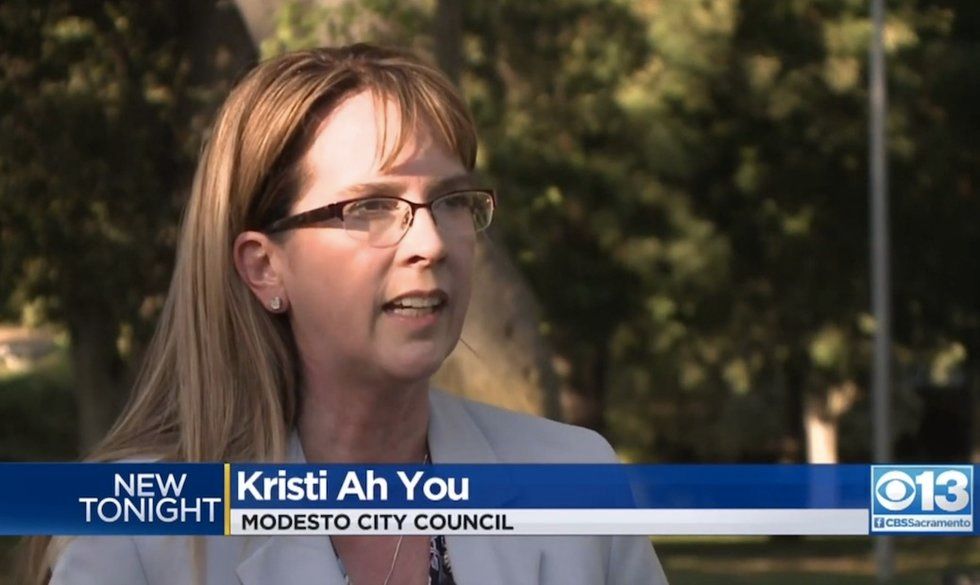 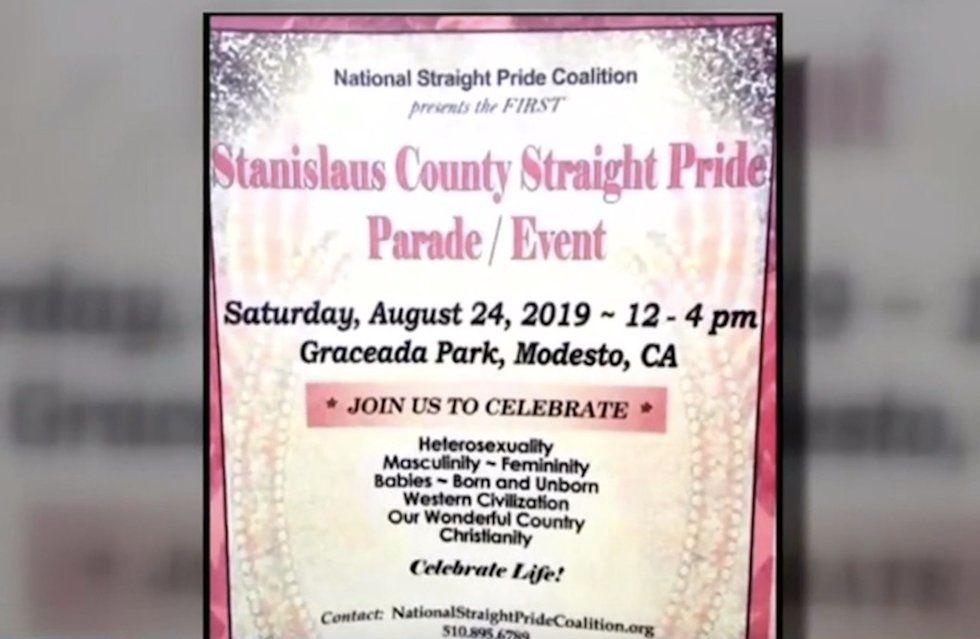 The city of Modesto is considering awarding a permit for a Straight Pride march after the group behind it — the National Straight Pride Coalition — submitted an application to the event Aug. 24 in Graceada Park, the station said.

And it’s been eliciting a lot of attention.

“We’ve been getting letters, emails, comments, and phone calls all day about it,” Ah You added to KOVR.

What did a National Straight Pride Coalition representative have to say?

Don Grundmann of the National Straight Pride Coalition is organizing the event and told the station it’s a cultural answer to their opponents — that is “anyone that supports the LGBTQ lifestyle.”

The station added that when Grundmann was told that some in the LGBTQ community consider themselves Christians, he responded that “there is no such thing as an LGBT Christian who stays LGBT.”

Hoping for a small turnout

While Ah You supports free speech, she told the station that the permit request isn’t acceptable — and is hoping the event doesn’t draw much attention.

“I think if we ignored it and let the people do whatever they’re going to do, I think maybe four or five people would show up,” Ah You, who represents District 3, noted to KOVR.

As for Grundmann, he told the station he’d like to see straight pride marches across America — and that a core group of supporters in Modesto are prepared to take part in the parade next month if the city approves it. Twitter said to be 're-examining' Elon Musk's $43 billion takeover offer, now 'may be receptive to a deal'