One surprising candidate dominated the Google searches during the Democratic debate

But it was the esoteric yet entertaining author and activist who toppled Sanders to seize the Google search victory, according to Google Trends.

Sanders came in second with Warren in third place among Google searches.

Williamson came in third in Google searches before the debates, with Sanders in first place and Warren in second. 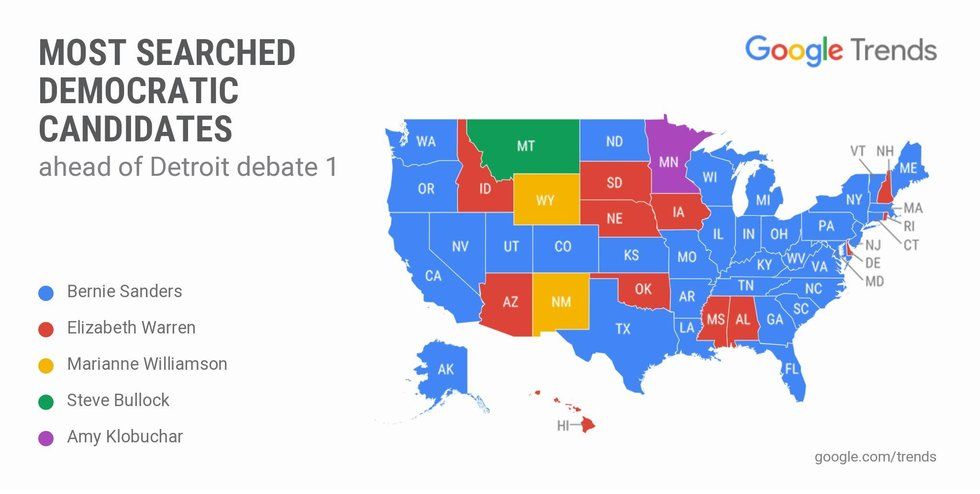 After the debate, Williamson took every state in the Google trends map aside from Montana. 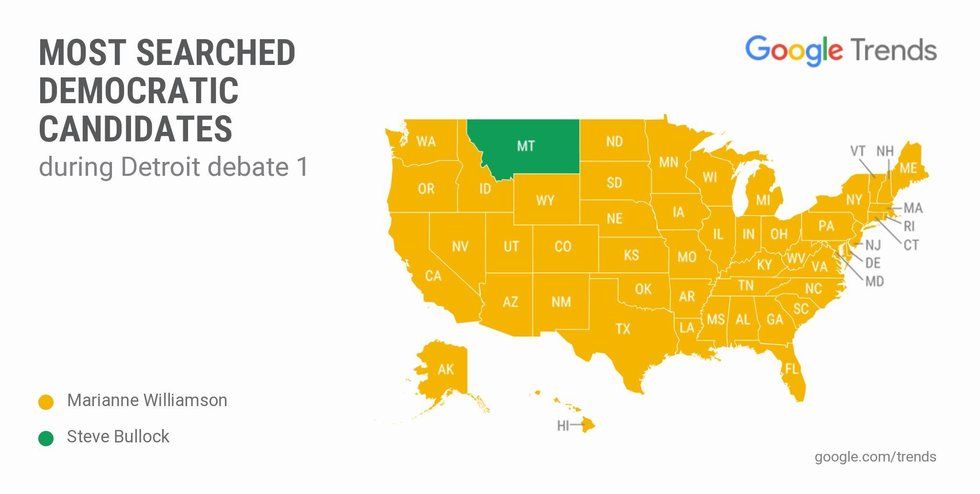 Williamson had several memorable and entertaining moments, including one where she criticized the “dark psychic force” of President Donald Trump and his policies.

She also said that she would advocate for up to $500 billion in reparations for slavery in a segment where she descended into the details of the math of such a policy.

In one of the first pair of Democratic debates in Miami, Florida, Rep. Tulsi Gabbard of Hawaii stunned many by dominating the Google trend analytic.

Here’s more about Williamson at the debate: