Jim Stauffer’s mother Doris Stauffer died in hospice care in 2013 after suffering from Alzheimer’s disease during the last years of her life, KNXV-TV reported.

So Stauffer donated his mother’s body to Biological Resource Center, trusting that it would get his mother’s brain to neurologists who could study the disease, the station said. 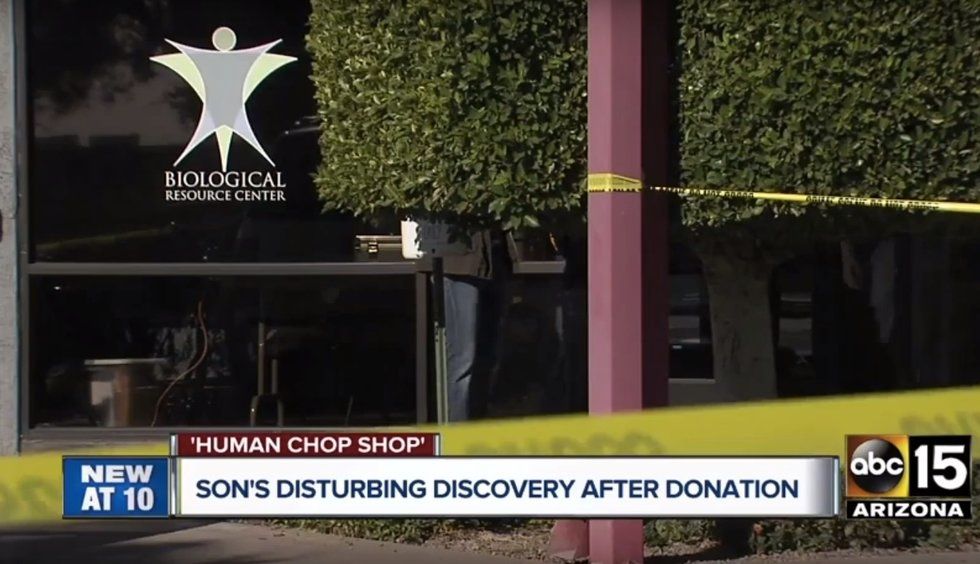 “There was paperwork signed stating what was and what was not to happen with her body,” her son added to the station.

A few days later Jim Stauffer received a wooden box with his mother’s information and an ID number, KNXV said, adding that he was told that a majority of her ashes were inside. 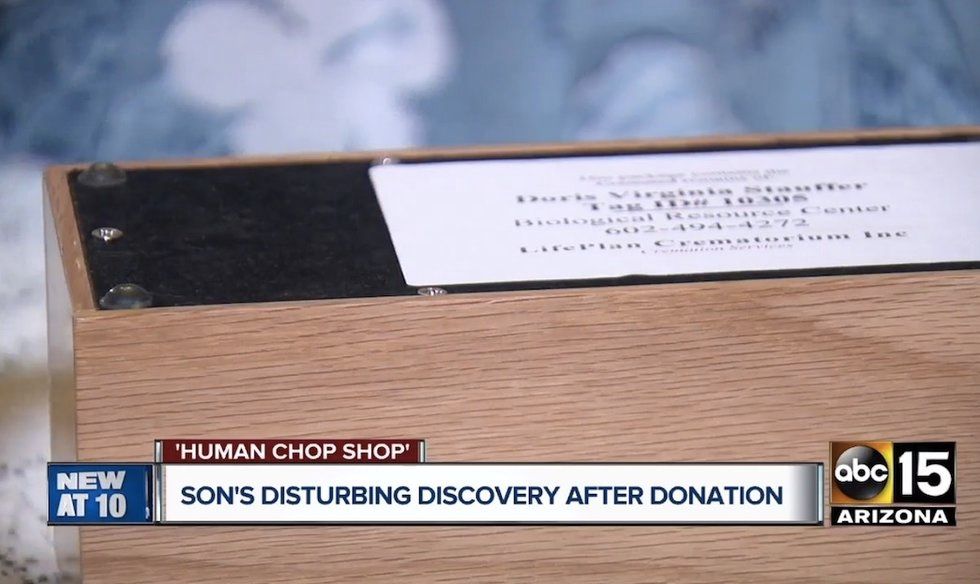 Years later, a Reuters reporter contacted Stauffer with documents regarding what really happened to his mother’s body, the station said.

Turns out, Reuters reported, that Doris Stauffer’s body was one of many that were sold to the U.S. Army for blast testing, KNXV noted, adding that the Army has since stated that Biological Resource Center sold the bodies under false pretenses.

“She was then supposedly strapped in a chair on some sort of apparatus, and a detonation took place underneath her to basically kind of get an idea of what the human body goes through when a vehicle is hit by an IED,” Jim Stauffer told the station. 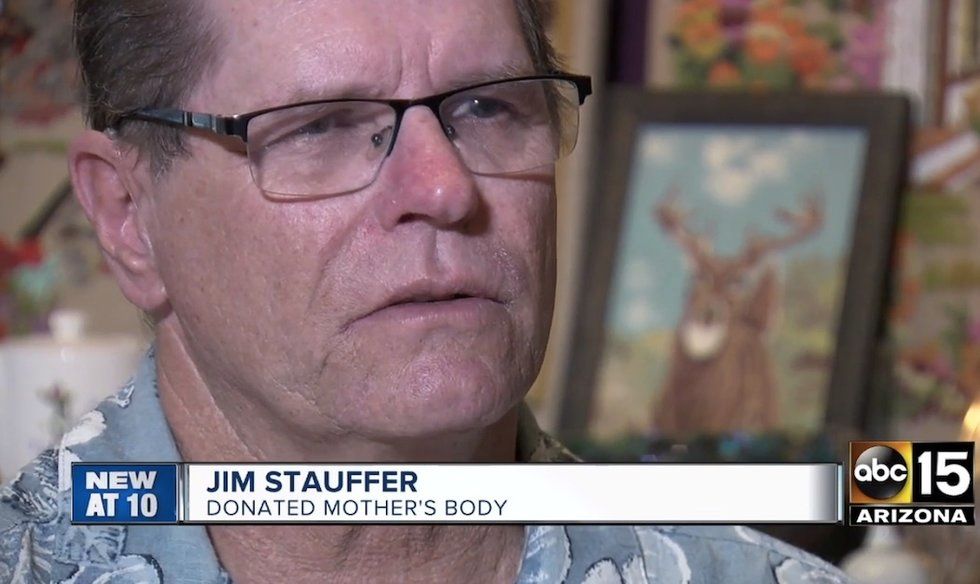 He added to KNXV that there was “actually wording” on the paperwork with respect to “medical tests that may involve explosions, and we said no. We checked the ‘no’ box on all that.”

‘I don’t see a pathway of ever getting past this’

“I don’t see a pathway of ever getting past this,” a teary-eyed Stuaffer told the station. “Every time there’s a memory, every time there’s a photograph you look at, there’s this ugly thing that happened just right there staring right at you.” 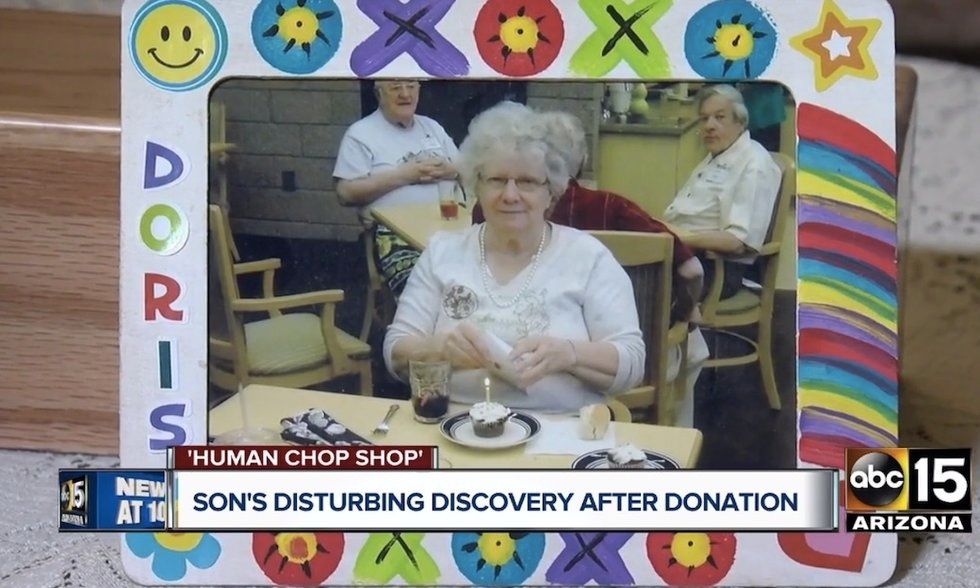 KNXV said Stauffer is one of many plaintiffs suing Biological Resource Center and its owner Stephen Gore, who pleaded guilty to running an illegal enterprise in 2015 but was sentenced to probation. 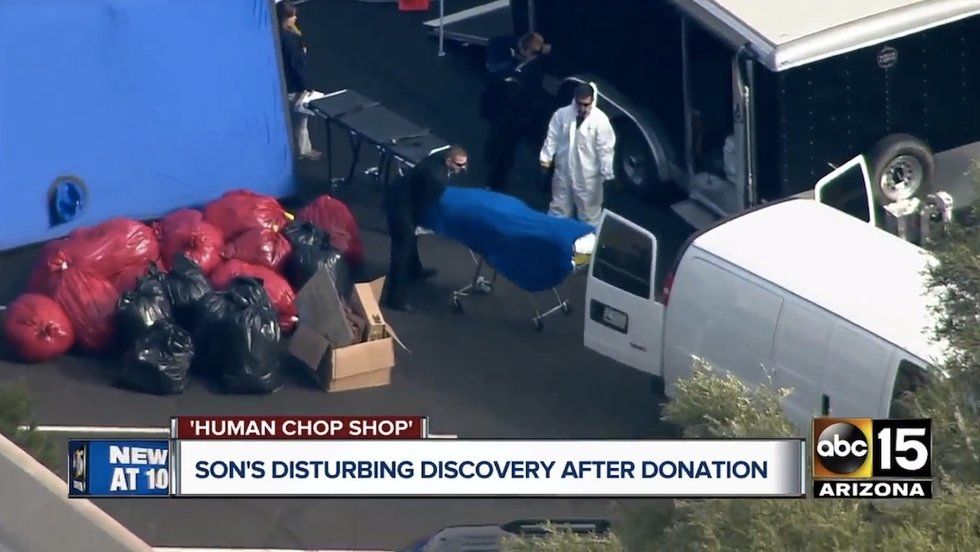 Proponents of the #MeToo movement can’t have it both ways