Cleveland Browns quarterback Baker Mayfield was signing autographs and taking selfies with U.S. Army soldiers Tuesday when he was called off the field by team staff as the session was supposed to be over — but Mayfield wouldn’t budge, keeping right on meeting and greeting until he signed autographs and took selfies with each service member remaining on the field, a Cleveland.com reporter said.

Reaction to Mayfield’s gesture got plenty of positive feedback in the comments:

One of the soldiers reacted with his own appreciation: 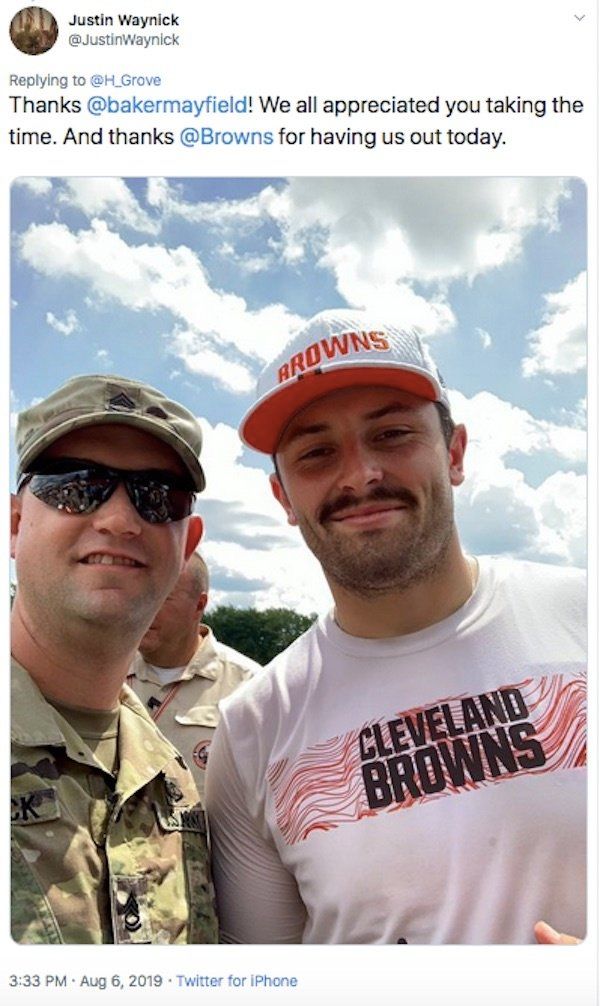 You might recall a few months back that Mayfield got annoyed with an Ohio high school that did away with its valedictorian and salutatorian awards over concerns about students’ mental health and the school’s “competitive culture.”

“This is so dumb,” Mayfield noted in a viral tweet. “You’re telling me competition doesn’t bring out the best in people? If you want something bad enough, work for it. People are too soft.”

Mayfield and the Browns play host to the Washington Redskins at 7:30 p.m. EDT Thursday night in the preseason opener. Rapper A$AP Rocky convicted of assault in Sweden; Trump, US envoy had intervened in case