After he tweeted a list of San Antonio residents who donated to President Donald Trump’s reelection campaign, U.S. Rep. Joaquin Castro (D-Texas) admitted he wanted them to “think twice about supporting a guy who is fueling hate in this country.”

But based on what’s happening at the business of one outed donor, maybe it’s Castro who should think twice next time.

‘Lined up around the block’

Because at Bill Miller Bar-B-Q, folks are saying that cars are “lined up around the block” in the wake of Castro’s controversial tweet: 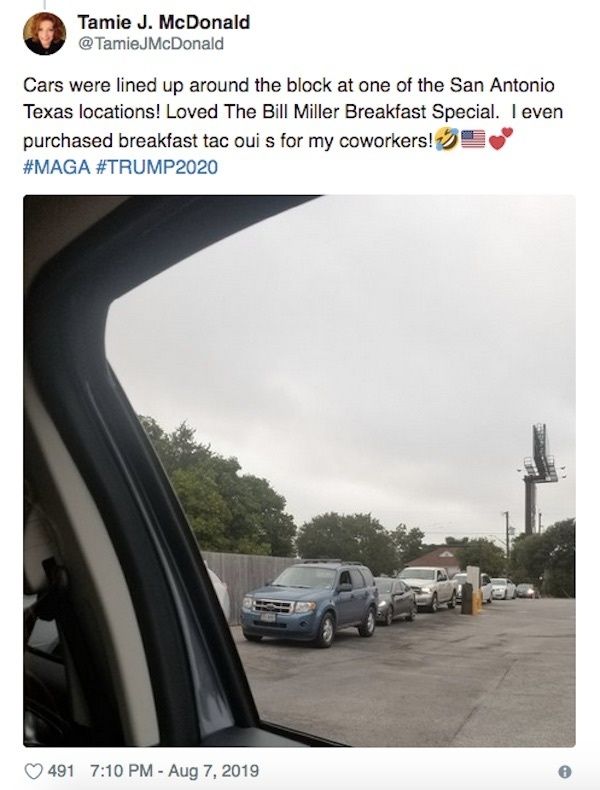 Another user noted that “lines were out the door” and drive-up lanes “were several times longer than usual. So, thank you, Joaquin, we show you don’t matter”:

“It works both ways Mr. Castro,” another user noted to Castro. “There was a line out the door all day at Bill Miller’s BBQ. Nothing like free advertising”: 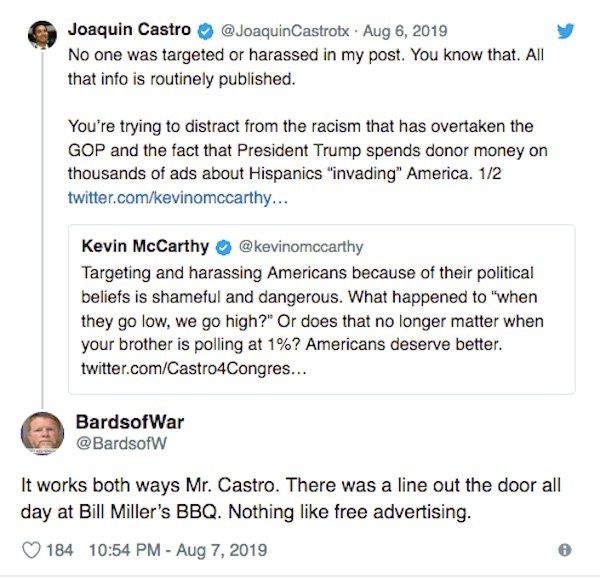 Yet another observer said “every” one of the restaurants in San Antonio “has been PACKED” — though the user mistakenly called out Castro’s twin brother Julian, a Democratic presidential candidate and former mayor of the city: 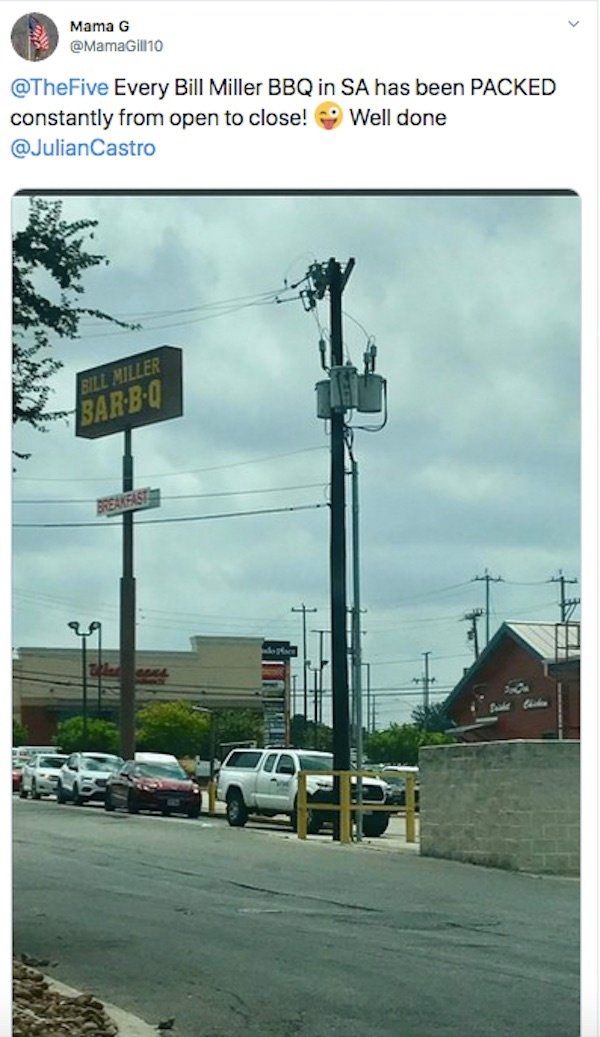 More where that came from

Others effusively stood up for Bill Miller Bar-B-Q on Twitter:

Even Republican Gov. Greg Abbott got into the act:

Here’s a news report about the controversy: