The poll numbers are a significant and quick drop for Harris, who was polling at her all-time high of 14 percent in the Morning Consult a little over a month ago. 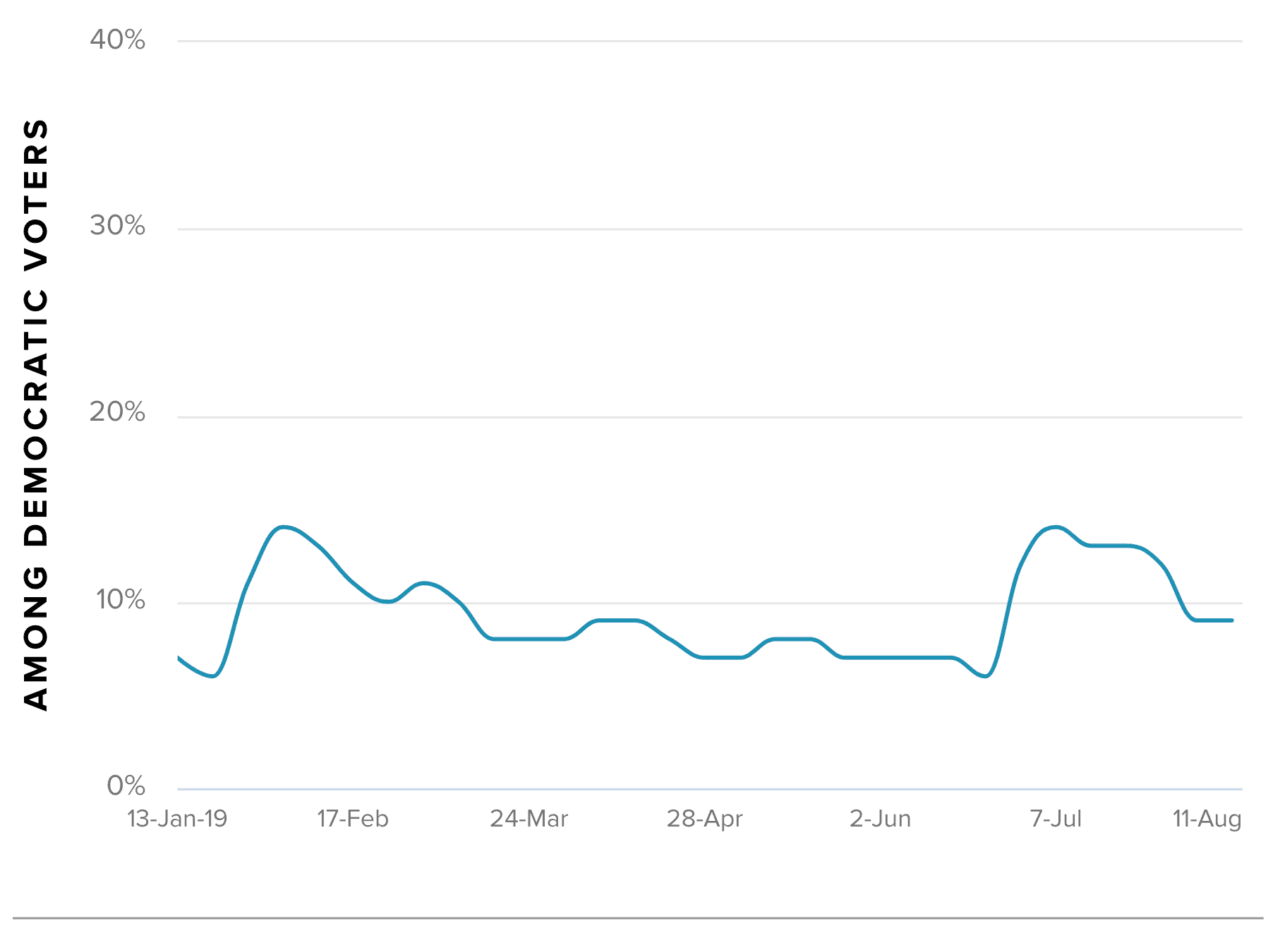 A review of Sen. Kamala Harris’ poll numbers since January of this year. (Screenshot via Morning Consult)

The latest Quinnipiac Poll, for example, tracked Harris at just one percent among black Democrats — the same level of support that candidates such as former Gov. John Hickenlooper (D-CO), South Bend Mayor Pete Buttigieg, and businessman Andrew Yang garner from the voting demographic.

Though Harris has portrayed her campaign as a popular grassroots effort, it has relied heavily on an elite coastal donor base concentrated in California with nearly three times less individual donors as Sen. Bernie Sanders.

The Morning Consult survey is based on more than 17,000 Democrat primary respondents and was conducted between August 5 and August 11.