As a Wisconsin family readied dinner last week, a rather unappetizing discovery was made inside a just-purchased container of organic lettuce. 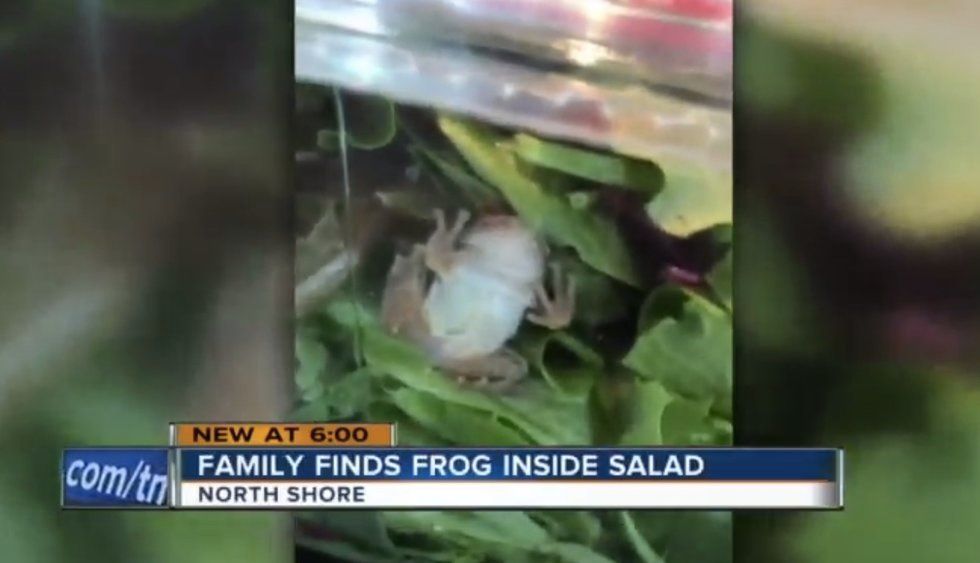 The Allen family found the stowaway amphibian in a Simple Truth Organic lettuce container Tuesday after purchasing it from a Pick ‘n Save in Glendale, WTMJ-TV reported.

“I’m across the room, and I hear a shriek and a thud,” Karlie Allen told the station. 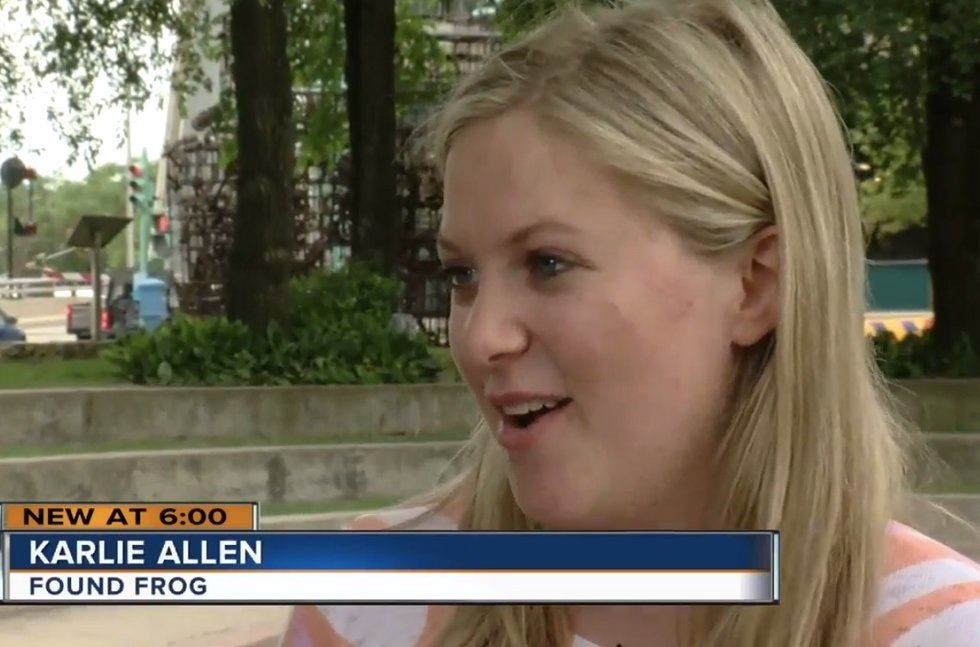 After she investigated the source of the commotion, Allen was equally horrified.

“Holy moly, this is happening,” she said, according to WTMJ — and pulled out her cellphone to record video.

The frog perched itself at different spots inside the container of lettuce — and was even caught hopping from one leaf to another.

“I’m thinking, ‘One, how the heck did that get in there, and two, that is absolutely disgusting,'” Allen recalled to the station.

The family intended to return the container with the frog inside, but they told WTMJ it escaped overnight, after which it was found and let go.

Still Allen brought the lettuce back to the store and showed the video she recorded to the clerk, who refunded Allen, the station said.

Simple Truth apologized to Allen in a tweet, WTMJ reported: 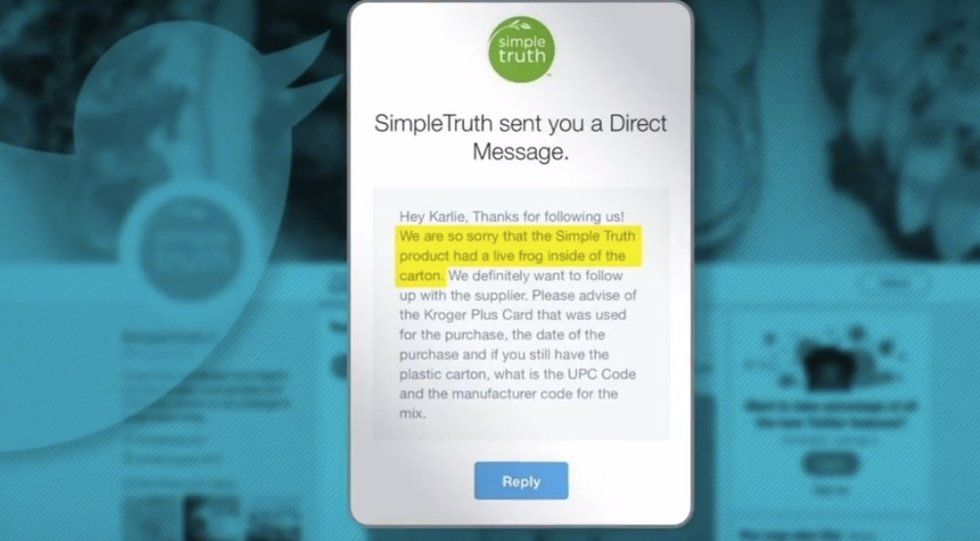 Pick ‘n Save’s parent company Roundy’s Supermarkets, Inc., issued the following statement to the station: “These situations happen from time to time when organic products are involved. USDA Certified Organic items must be free of synthetic additives and certain pesticides. Although rare, from time-to-time we do see insects and other small animals such as frogs make it through packaging with fresh produce items. In this instance the customer returned the organic lettuce for an even exchange.”

Taking a break from salads

Allen told WTMJ she’s swearing off salads for the time being.

“This is in a box of lettuce that’s supposed to be triple washed and organic and healthy,” she told the station, adding that she wants to know “how somebody didn’t notice it or how it even managed to get though the packaging process alive.” Rep. Cori Bush claims the Democratic Party is ‘pro-human rights’ as she promotes the ‘Roe The Vote: Reproductive Freedom Tour’

Hall of Famer Mariano Rivera doubles down on support for President Trump after left-wing media attack: ‘He’s doing the best’ for America