During a 2008 Democratic primary debate, then-Sen. Barack Obama scored a major shot against Sen. Hillary Clinton when he pointed out her work for Walmart.

“When I was working on those streets, watching those folks see their jobs shipped overseas, you were a corporate lawyer sitting on the board of Walmart,” Obama said to Clinton after she criticized a statement he had made.

Indeed, it may seem hard to remember, but Walmart used to be a major public enemy for liberal America. Obama’s mere mention of Walmart was enough to create an embarrassing debate moment for Clinton.

Fast forward to 2019, and Walmart is in an interesting position, with conservatives viewing the mega-chain in a more skeptical light, while liberals warm up to the company.

Liberal America welcoming corporate powers they once mistrusted is nothing new. Since 2016, much ink has been spilled by political commentators across the board about the rise of “woke capitalism” and the increasing conservative hostility to free market capitalism and companies that exploit American workers. (RELATED: The Woke Capitalism List: 50 Times Huge Companies Sided With The Social Justice Warriors)

Indeed, Walmart may be a case study for just how and why liberals have become more supportive of big corporations.

Here are a few takeaways on the evolving opinion of Walmart:

Liberal America Really Is Changing Its Opinion On Walmart

Statistics have shown that liberal Americans actually have changed their opinion on Walmart. According to YouGov data from 2018, the majority of American Democrats would not only shop at Walmart, but have a positive view of the company overall, a marked change from five years before, when most Democrats had a negative perception of the company.

A Walmart store is seen in Landover, Maryland, December 31, 2014. The accidental fatal shooting of a US woman by her own two-year-old son at a Walmart store has left her family devastated and again raised questions about gun safety in America. SAUL LOEB/AFP via Getty Images

Meanwhile, Walmart has been catering more to its new liberal audience, going out of its way to speak out against religious liberty legislation deemed “anti-LGBT.” An article published in the LGBT magazine The Advocate in 2016 charted Walmart’s gay activism in detail, giving the company the “LGBT-friendly” blessing.

This shift is at the heart of woke capitalism — companies driving profit through the promotion of progressive cultural values. By aligning themselves with left-wing values, whether sincerely or not, big corporations can soften their image and thus play down criticism from the left on issues like unions, the minimum wage, and worker mistreatment. (RELATED: The Harsh Reality Behind Woke Capitalism)

Conservatives Fund Walmart — But Don’t Exercise Power Over It

Walmart is more dependent on cash from Republicans, and the data backs it up.

According to a 2018 study from MorningConsult, Walmart shoppers are far more conservative on a host of cultural and political issues. But that cash hasn’t translated into cultural power.

Walmart has happily thrown its conservative customers’ gun habits to the wayside. This year, Walmart waded into the gun debate following a mass shooting at an El Paso, Texas store.

In response to the shooting, the company instituted a number of changes — it will no longer sell firearms or ammunition, and open carry will be banned in stores. (RELATED: Tucker: After ‘Destroying And Degrading Rural America,’ Walmart Now Wants To Lecture Them About Guns) 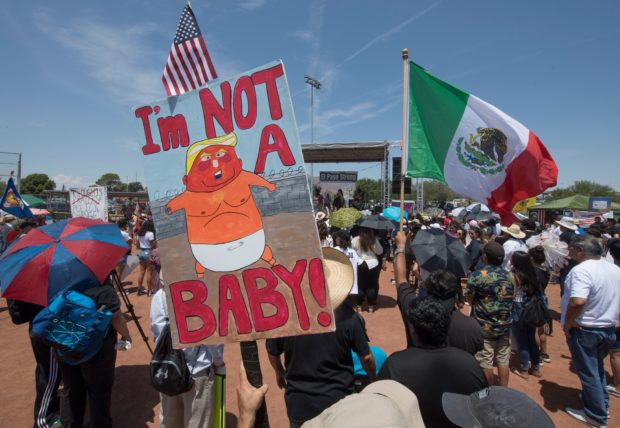 El Paso residents protest against the visit of US President Donald Trump to the city after the Walmart shooting that left a total of 22 people dead, in El Paso, Texas, on August 7, 2019. MARK RALSTON/AFP via Getty Images

Despite being dependent on red state cash, the company sees no reason to back up red state values. This disconnect illustrates a fundamental problem with conservative cash vs. conservative cultural power, and how one does not necessarily translate into the other. (RELATED: Tucker And Patel: Walmart’s ‘Woke Capitalism’)

From Keurig coffee makers to Taylor Swift albums to Nike sneakers, the political right is not able to exercise cultural power over corporations, however much business they give those companies.

Amazon Is The New Boogeyman

Last but not least, a major reason that Walmart is no longer the boogeyman it once was is the rise, and indeed dominance, of  Jeff Bezos’ Amazon over the online shopping market. The online shopping giant was the subject of a left-wing boycott this summer, as activists criticized the company for its poor treatment of employees and bad working conditions in the Amazon warehouses.

Democratic congresswoman Alexandria Ocasio-Cortez notably took issue with a deal made by New York State that would give billions in subsidies and tax breaks to Amazon for it to move its headquarters to Long Island City, Queens.

Proponents of the deal argued that it would create tens of thousands of jobs in the area, but critics wondered why the company, already paying no corporate tax, needs such generous taxpayer-funded breaks. 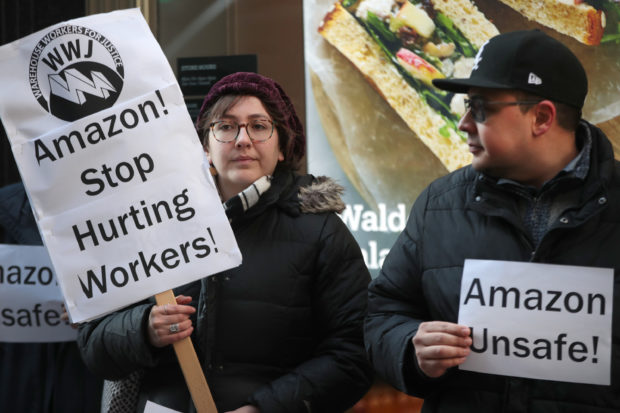 Former injured Amazon employees join labor organizers and community activists to demonstrate and hold a press conference outside of an Amazon Go store in the loop to express concerns about what they claim is the company’s “alarming injury rate” among warehouse workers on December 10, 2019 in Chicago, Illinois. Scott Olson/Getty Images

Daily Caller co-founder Tucker Carlson praised Ocasio-Cortez’s resistance to the deal, saying last year, “That’s the only time I’ve agreed with Alexandria Ocasio-Cortez. The richest man in the world just got $2 billion in taxpayer subsidies. How does that work?” (RELATED: OPINION: Ocasio-Cortez Is Right: Amazon Subsidies Do More Harm Than Good)

The deal eventually fell apart, and while Amazon is bringing some jobs to the New York area, it will not receive any subsidies.

Finally, it’s unclear what effect Walmart has had on the American family. There are in fact many economists who have defended the company, pointing out all the savings and cheap goods that poorer Americans are able to afford because of the company’s low prices.

On the other end, the conventional wisdom that Walmart kills off small businesses by undercutting them on prices is backed up by studies.

But regardless of the economic debate, liberal America’s coziness with a company like Walmart is a warning for people on both ends of the political spectrum.

For those on the left genuinely committed to helping American workers and opposing corporate overreach, Walmart’s ability to buy the sympathies of the left with painless LGBT signalling and gun ammunition bans should alarm you. For those on the right, Walmart’s journey is a lesson that free-market conservatism may just be helping empower the very values they claim to oppose.

A New Exodus for Jews–From the Democratic Party?