2020 Is Here, And The ‘Woke’ Democrats Keep Losing The first Democratic primary race is less than a month away, and though much is in still up in the air, it’s clear that candidates who defined themselves by woke liberalism in the primary are not going to win.

This is not to suggest that “wokeness” is dead as a cultural force — far from it — but rather that wokeness as a force for attracting voters and organizing political campaigns is displaying major weaknesses.

Douglas Murray once wrote that neoconservatism is not “a political party, or social set, but a way of looking at the world.” Perhaps that description better fits woke liberalism.

Being woke is not defined by a clear ideology, but instead by a way of approaching politics that prioritizes loud displays of political association with various socially liberal causes without challenging economic power. (RELATED: Why Don’t Liberals Hate Walmart Anymore?)

Woke liberalism offers not the offer of solid, material improvement to working Americans lives in the form of health care or jobs, but instead provides a mirage of progress and inclusion as a mask on the class interests of elite liberals. (RELATED: The Woke Capitalism List: 50 Times Huge Companies Sided With The Social Justice Warriors)

Former Texas Rep. Beto O’Rourke came to fame in part due to his defense of National Anthem kneelers in the NFL, and later went on to claim 1619 as the true founding of America. He also infamously embraced radical gun control proposals.

The two leading candidates, Biden and Vermont Sen. Bernie Sanders, are positioned not as woke candidates, but each one rejects wokeness in a different way. (RELATED: The Harsh Reality Behind Woke Capitalism)

In the case of Biden, his un-woke campaign seems to be mostly accidental. When speaking of minorities and immigrants, Biden has an almost Trump-like ability to make comments that are not just offensive, but often downright strange.

The one-time Delaware senator also has a record of collaborating with segregationists and reminiscing on it fondly, opposed school busing, and during a debate last fall, suggested black Americans can fix their problems by flipping on the “record player.” (RELATED: Joe Biden’s History On Race Looms As He Weighs Presidential Bid) 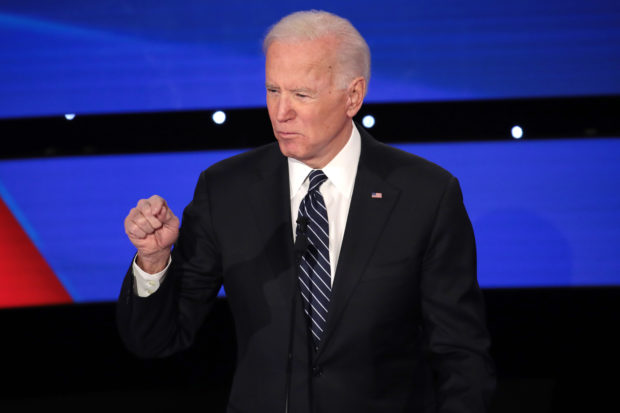 Yet Biden’s core base of support from black America hasn’t eroded in any significant way.

Biden’s appeal centers on a return to normalcy and “decency,” as well as a vision of America as a kinder, gentler nation. But more than that, Biden’s campaign offers a kind of warm nostalgia that many older Americans, white and black, yearn for. A time when bullies like Corn Pop were sent away and children innocently played with their lifeguard’s leg hair. A time when people were just a little nicer, and things just got done.

Berating someone for forgetting your pronouns? Call-out culture? Freaking out over an un-PC joke?

Biden’s un-woke campaign is probably more of a mistake than anything. Biden likely even isn’t well aware of woke-ness as a cultural force outside of what his young staffers suggest. Bernie Sanders’ campaign seems to approach the issue more intentionally. (RELATED: Bernie Sanders’ ‘Radical’ Ideas Are The New Norm For 2020 Presidential Candidates)

Sanders himself is sort of an odd child of the original campus left culture, which was already in full swing during his time as a student at the University of Chicago. Sanders’ early work as a politician showed less emphasis on identity-based politics and culture war issues in favor of a vintage, class-first leftism, taking the energy of the antiwar movement and reverence for socialism seriously, not evolving into a Clintonite neoliberal.

In the 1980’s, he advocated for Cuba and Nicaragua, and has spent decades strongly attacking poverty in the United States. Sanders and his campaign–long aware of the fault lines of the left–knows full well the power of woke liberalism in the Democratic Party and thus does not openly attack it. But there’s no mistaking a contrarian streak in Sanders away from the confines of wokeness, including his immigration stances and defense of Trump voters as not being racist. (RELATED: Tucker And Patel: Walmart’s ‘Woke Capitalism’)

Sanders’ old school leftism is also a painful reminder for Democrats of Sanders’ generation that the radicalism of the 1960’s led to the rise of President Richard Nixon and the Nixonian “Silent Majority” populism that Trump cribbed in 2016.

Finally, the candidacies of Massachusetts Sen. Elizabeth Warren and former South Bend, Indiana Mayor Pete Buttigieg seem to define themselves not as openly “woke” as O’Rourke and Harris did, but still as fellow travelers in the world of wokeness. 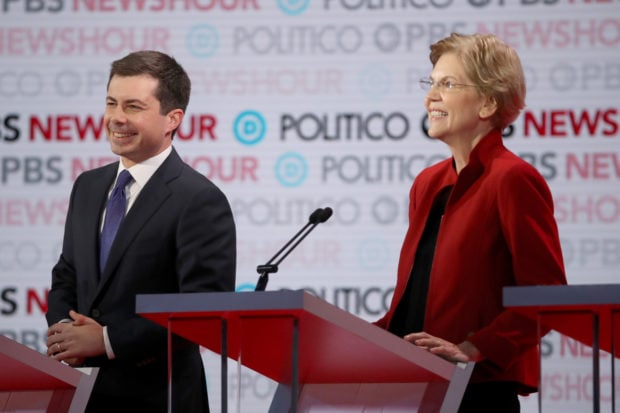 In their future attacks against Biden and Sanders, one can expect them to rely on the opportunistic use of woke points to score points by painting the two front runners as out-of-touch white men, and of course as possible closet racists and sexists as well. Kamala Harris used such a script against Biden and failed miserably, and now Warren is trying the same thing against Sanders.

Whether Warren’s attack will work on Sanders will be determined, but based on how things have been going in the primary, it seems that Democratic voters may be far less woke than the 2020 campaigns believe.

I Really Did See an Abortion That Made Me Pro-Life