MUELLER: Stone remains a convicted felon, and rightly so…

Former special counsel Robert Mueller broke his silence and defended his Russia investigation the day after President Trump commuted the sentence of one of its targets: Roger Stone.

Mueller, a former FBI director, wrote an opinion article in the Washington Post that Stone, a longtime friend and adviser to Trump, “remains a convicted felon, and rightfully so.”

The White House released a statement Friday evening announcing that Trump had signed a grant of clemency, calling Stone a “victim of the Russia Hoax.” With the commutation, Stone’s 40-month sentence was wiped away days before he was set to go to prison. Without a pardon, Stone maintains his criminal record.

“He has appealed his conviction and is seeking a new trial. He maintains his innocence and has stated that he expects to be fully exonerated by the justice system,” the White House said of Stone.

Mueller, who has not spoken out publicly for the past year, also defended the integrity of his inquiry, which concluded that Russia interfered in 2016 in a “sweeping and systematic fashion” but “did not establish” any criminal conspiracy between the Russians and the Trump campaign. Stone was not charged with crimes of Trump-Russia collusion. After his conviction and sentencing, more references to Stone in Mueller’s report have been declassified.

“We made every decision in Stone’s case, as in all our cases, based solely on the facts and the law and in accordance with the rule of law. The women and men who conducted these investigations and prosecutions acted with the highest integrity. Claims to the contrary are false,” Mueller wrote.

The White House press office harshly criticized the credibility of Mueller’s investigation when Stone’s clemency was announced, arguing there was “never any collusion” between the Trump team and Russia.

“Such collusion was never anything other than a fantasy of partisans unable to accept the result of the 2016 election. The collusion delusion spawned endless and farcical investigations, conducted at great taxpayer expense, looking for evidence that did not exist,” the White House said. “As it became clear that these witch hunts would never bear fruit, the Special Counsel’s Office resorted to process-based charges leveled at high-profile people in an attempt to manufacture the false impression of criminality lurking below the surface. These charges were the product of recklessness borne of frustration and malice.”

Mueller was appointed to be special counsel in May 2017 by then-Deputy Attorney General Rod Rosenstein after Trump fired FBI Director James Comey. Over the course of his two year investigation, and long after, Trump and his allies have accosted the the inquiry and Mueller’s team as a “witch hunt” and waste of U.S. taxpayer dollars.

After Attorney General William Barr tasking a U.S. attorney, John Durham, to investigate whether there were any crimes in the Russia inquiry, Democrats have raised the alarm that Trump and Barr are scheming to discredit Mueller’s work.

“Russia’s actions were a threat to America’s democracy,” Mueller wrote in his op-ed. “The Russia investigation was of paramount importance,” he added.

Stone, a self-proclaimed “dirty trickster,” was just one of several Trump associates who got caught up in Mueller’s investigation. He came under scrutiny because of his contacts with WikiLeaks during the 2016 contest.

“One of our cases involved Stone, an official on the campaign until mid-2015 and a supporter of the campaign throughout 2016,” Mueller wrote. “Stone became a central figure in our investigation for two key reasons: He communicated in 2016 with individuals known to us to be Russian intelligence officers, and he claimed advance knowledge of WikiLeaks’ release of emails stolen by those Russian intelligence officers.”

“Congress also investigated and sought information from Stone. A jury later determined he lied repeatedly to members of Congress. He lied about the identity of his intermediary to WikiLeaks. He lied about the existence of written communications with his intermediary. He lied by denying he had communicated with the Trump campaign about the timing of WikiLeaks’ releases. He in fact updated senior campaign officials repeatedly about WikiLeaks. And he tampered with a witness, imploring him to stonewall Congress,” Mueller said, adding, “Stone was prosecuted and convicted because he committed federal crimes.” 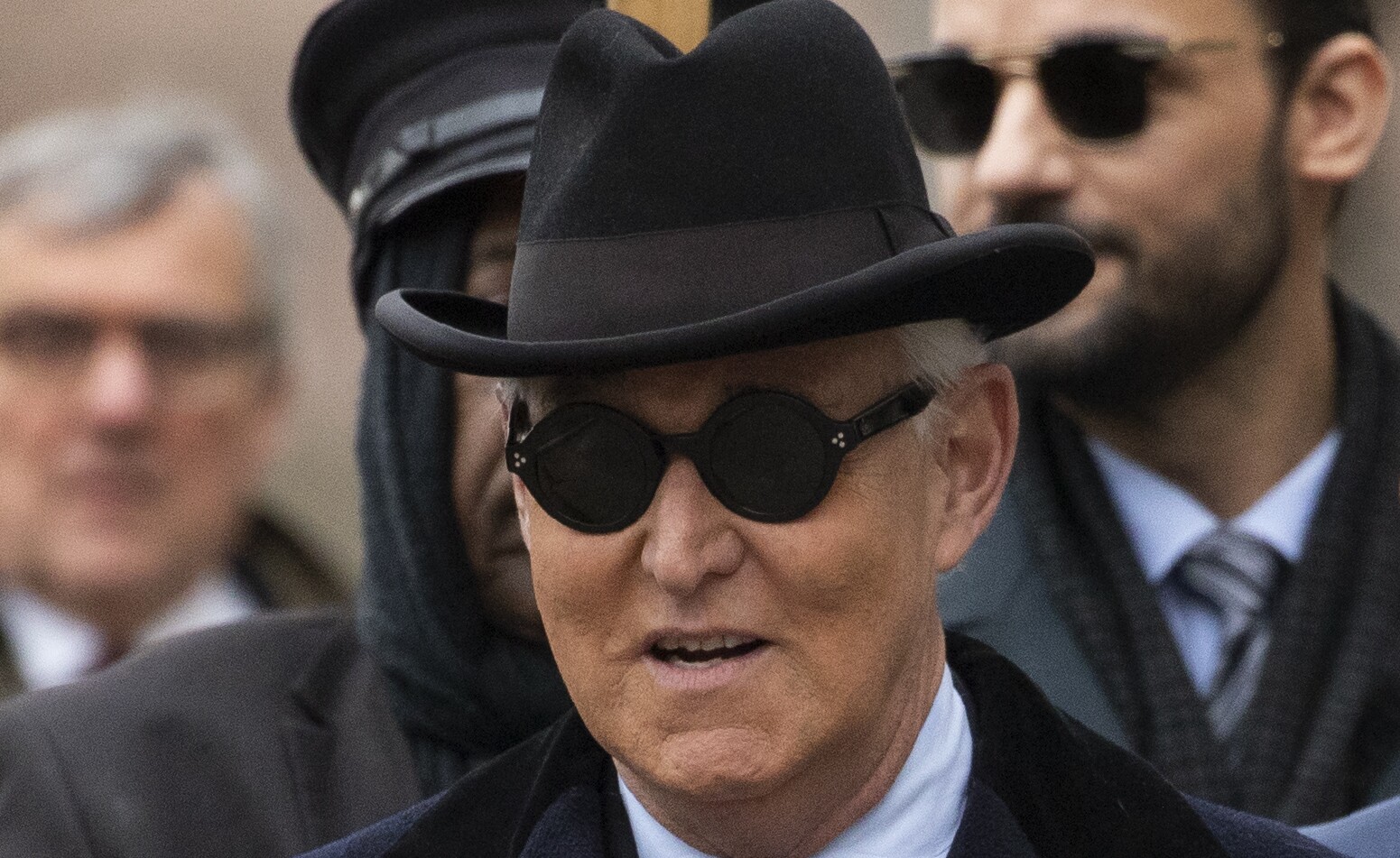 Mueller’s 2019 report concluded that thousands of emails were stolen by the Russians from Hillary Clinton’s presidential campaign, the Democratic National Committee, the Democratic Congressional Campaign Committee, and other Democratic staffers and associates. According to the special counsel, Russia’s Main Intelligence Directorate of the General Staff, or GRU, stole these emails and then distributed them through two GRU-operated fronts — the DCLeaks and Guccifer 2.0 websites.

“The GRU units transferred many of the documents they stole from the DNC and the chairman of the Clinton Campaign to WikiLeaks,” Mueller reported. He also determined that DCLeaks and Guccifer 2.0 were the Russian conduits for communication with WikiLeaks.

DOJ Inspector General Michael Horowitz released a report in December that criticized the Justice Department and the FBI for at least 17 “significant errors and omissions” related to the Foreign Intelligence Surveillance Act warrants against Trump campaign associate Carter Page in 2016 and 2017 and for the bureau’s reliance on British ex-spy Christopher Steele’s dossier. Steele worked at the behest of the opposition research firm Fusion GPS, funded by Clinton’s campaign and the Democratic National Committee through the Perkins Coie law firm. 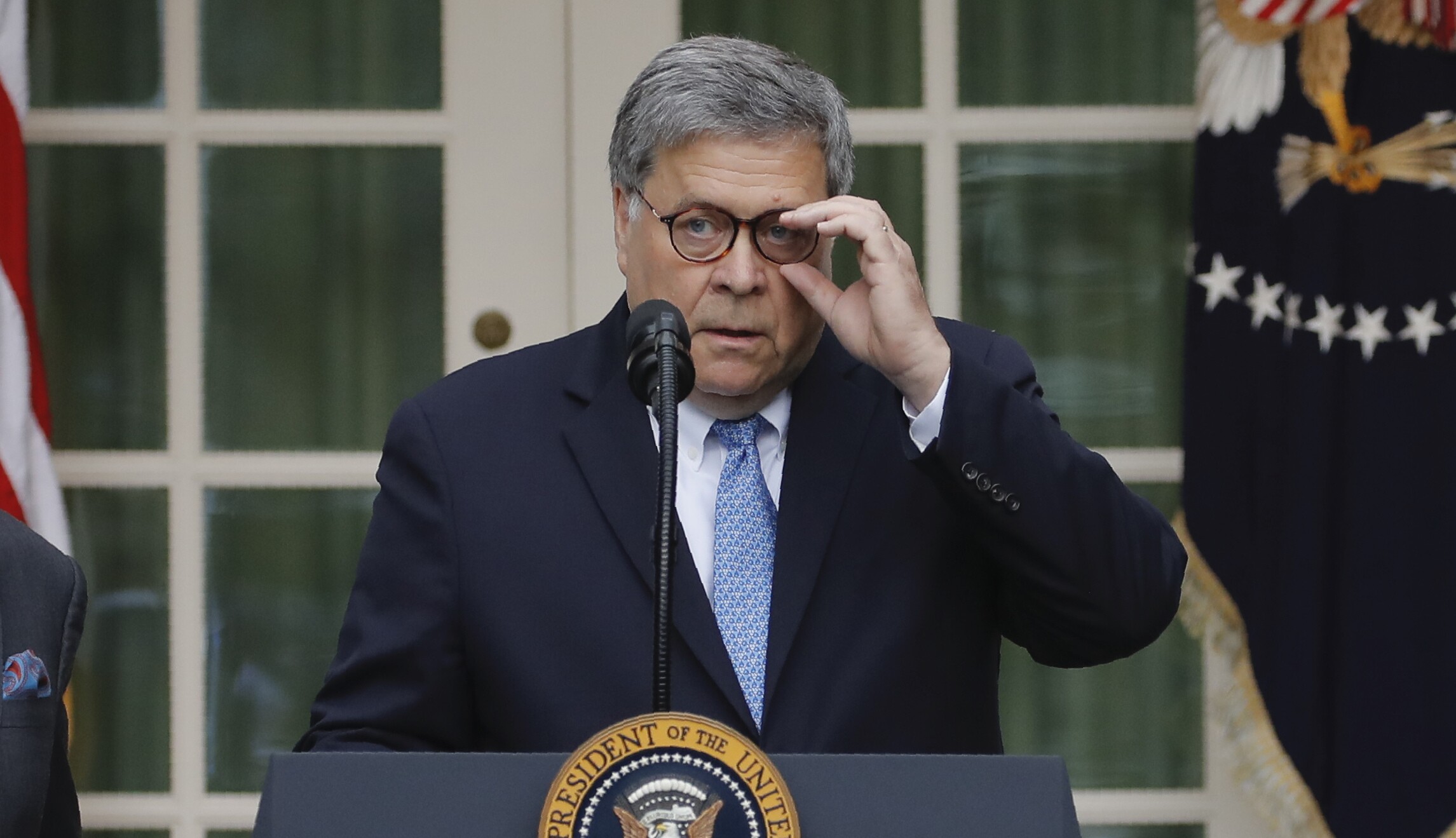 Recently declassified footnotes showed that the FBI was aware that Steele’s dossier may have been compromised by Russian disinformation. Barr has critiqued Mueller for apparently not investigating the matter.

The department said its decision to reverse course was made before Barr was aware of Trump’s position, and the president denied placing any pressure on the agency. The agency walked back what it called an “unduly high” sentence recommendation, suggesting three to four years instead but leaving it up to the court. Barr called it “a righteous prosecution” and said he was “happy that he was convicted.”