A federal judge on Wednesday blocked a Tennessee law that barred new voters from casting ballots by mail unless they presented identification to an election office beforehand.

U.S. District Judge Eli Richardson ordered the injunction as millions of voters elect to vote by mail instead of in person.

Richardson said in his ruling that the decision would not “aid one side or the other on the political front,” the Associated Press reported.

“The Court concludes that the requested injunction would favorably impact the public interest because … it would serve to prevent what, based on the current record, likely would be a violation of the First Amendment right to vote enjoyed by the American citizenry,” Richardson, who was appointed by President Donald Trump, wrote.

The ruling comes after a judge ordered Tennessee to expand absentee voting to all eligible voters, a rule which was in effect during the state’s Aug. 6 primary. However, the state did not scrap its rule pertaining to first-time voters, according to the AP.

After the primary, the Tennessee Supreme Court overturned the expansion but said that voters were able to request an absentee ballot if they or someone close to them was at high risk of COVID-19.

Do you approve of this ruling?

“This decision means that first-time voters in Tennessee who registered by mail or online — and there are tens of thousands of them, many of whom are young — can vote in November by mail, without risking their health,” according to Kristen Clarke, the head of the Lawyers’ Committee for Civil Rights Under Law, one of the groups representing the plaintiffs.

Content created by The Daily Caller News Foundation is available without charge to any eligible news publisher that can provide a large audience. For licensing opportunities of their original content, please contact licensing@dailycallernewsfoundation.org. 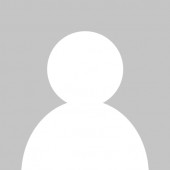 Trader Joe’s Shows How To Stand Up to Cancel Culture: ‘We Do Not Make Decisions Based on Petitions’